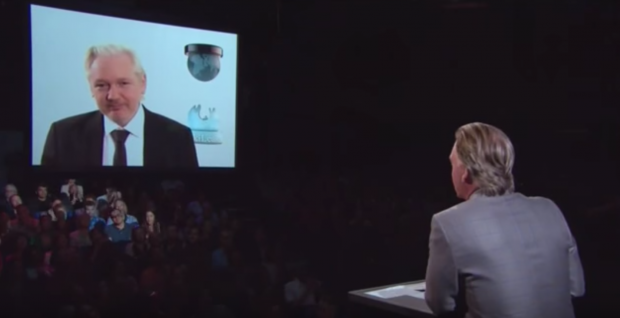 In a heated interview between Julian Assange and Bill Maher on HBO’s “Real Time,” the WikiLeaks founder called the host out live about his name turning up in the leaked emails — and the shocked Maher seems to have blatantly lied to his viewers in response. 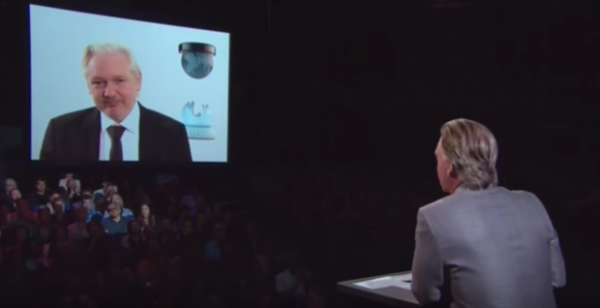 As Maher expressed his extreme indignation over the leak and made false accusations against Assange, the WikiLeaks founder responded by presenting him with hacked content that he was included in.

Maher was demanding that Assange was “working with a bad actor [Russia] to put [his] thumb on the scale [against Hillary Clinton] and basically f— with the one person who stands in the way of us being ruled by Donald Trump,” an accusation that has not been proven.

The host then demanded, “why don’t you hack into Donald Trump’s tax returns?” Which his audience of liberals seemed to enjoy.

Assange responded by joking that they are “working on it,” before busting out a shocking blow to the TV personality.

“Just before I came here we thought we’d do a little search in our files, and I do notice that a William Maher gave a Clinton-affiliated entity a million dollars… now it’s a William Maher in Los Angeles at the time that it came. Perhaps you’d like to comment. Is that you?” Assange asked.

Instead of responding to the question, Maher continued his condescending attitude and stated: “I don’t think you have to look in your files to find that, Julian. I, I, I gave Obama a million dollars. I made it public.”

“The whole point of it was to make it public so people in 2012 would understand that the game had moved to the million-dollar level after our Citizens United ruling,” Maher explained. “I wasn’t trying to hide it. I was trying to publicize it. I don’t know what the point is.”

“Is there another million dollars going to Hillary or equivalent?” Assange repeated.

“Fuck no,” replied Maher. “I can’t give a million dollars anytime someone runs for president.”

Assange did not push the issue, and the pair continued on leaving the subject behind.

However, as The Hill pointed out on Monday, it appears that the HBO satirist lied to his audience.

There are currently three people named William Maher living in Los Angeles, and it is nearly impossible to imagine that two people who share the same name, in the same city, are giving out ultra rare million dollar contributions to Democratic political campaigns. What would be the odds?

“If he blatantly lied to Assange, to his audience, what does that say about his credibility? Part of Maher’s appeal is being brutally candid and authentic in his convictions. He may be inelegant, he may go way over the line (calling Sarah Palin the c-word, for example), but few doubt the sincerity of his principles,” Joe Concha wrote.