Clinton Reaches Out to War Criminals For Endorsements 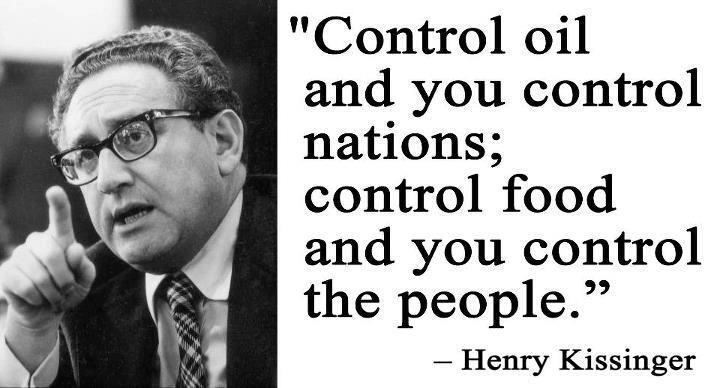 A source within the Clinton campaign informed Politico that they have sent out letters to the “GOP elders,” who have yet to formally endorse Donald Trump. The source would not elaborate on whether they were seeking a formal endorsement, or if it was more an attempt to persuade them to speak out against Trump.

Clinton has often bragged about her close friendship with Kissinger — a man who has said – “it is an act of insanity and national humiliation to have a law prohibiting the President from ordering assassination.” Kissinger has also said “the illegal we do immediately. The unconstitutional takes a little longer.”

“Kissinger is a friend, and I relied on his counsel when I served as secretary of state,” Mrs. Clinton wrote in The Washington Post, in a glowing review of his book “World Order.”

Kissinger is best known for his role in Richard Nixon’s massive bombing campaign of Laos and Cambodia during the Vietnam War — the largest in the history of the world — on mostly civilian targets. During the campaign, 3.7 million tons of bombs were dropped, nearly double what was used in all of Europe and the Pacific during World War II.

“He secretly and illegally devastated villages throughout areas of Cambodia inhabited by a U.S. Embassy-estimated two million people; quadrupled the bombing of Laos and laid waste to the 700-year old civilization on the Plain of Jars; and struck civilian targets throughout North Vietnam – Haiphong harbor, dikes, cities, Bach Mai Hospital – which even Lyndon Johnson had avoided. His aerial slaughter helped kill, wound or make homeless an officially-estimated six million human beings**, mostly civilians who posed no threat whatsoever to U.S. national security and had committed no offense against it,” Fred Branfman wrote for AlterNet.

During the primaries, Clinton was roasted by Vermont Senator Bernie Sanders over their relationship.

“In her book and in this last debate, she talked about getting the approval or the support or the mentoring of Henry Kissinger,” the Vermont senator said during PBS’ Democratic presidential debate.

Clinton then barked back at Sanders, stating, “I know journalists have asked who do you listen to on foreign policy, and we have yet to know who that is.”

“Well, it ain’t Henry Kissinger, that’s for sure,” Sanders responded. Sanders has accused Kissinger of committing one of the worst genocides of all time.

Clinton isn’t attempting to win over Sanders’ supporters though it would seem, and this open embrace of neo conservatives should leave them all considering other options.

In February, historian Greg Grandin wrote about Clinton and Kissinger’s relationship for The Nation.

“Last year, Kissinger, reacting to a question about his role in overthrowing Salvador Allende—the democratically elected president of Chile in 1973—and his illegal, covert bombing of Cambodia—which started in 1969 and continued to 1973—pointed to the Clinton’s bombing in Libya and proposed bombing in Syria. ‘What’s the difference?’ he asked.”