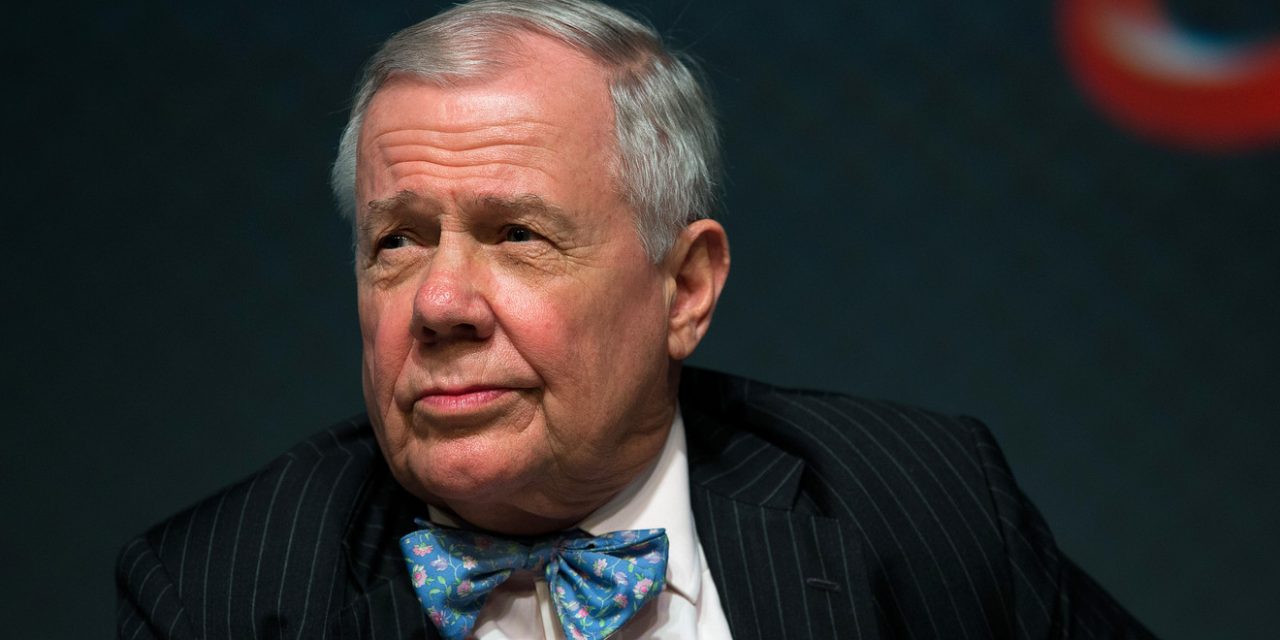 Jim Rogers: “We’re About To Have The Worst Economic Problems Of A Lifetime, A Lot Of People Will Disappear”

“Get prepared,” warns billionaire commodity guru Jim Rogers, “because we’re going to have the worst economic problems in your lifetime and a lot of people are going to disappear.” In this wide-ranging interview with MacroVoices’ Erik Townsend, the investing legend discusses everything from whether Russia is being scapegoated (“yes, ask Victoria Nuland”), the war against cash (“governments love it… they want to control everything”), to his views on gold and the demise of freedom.

Are Russians the bad guys?

Well I do know that during the last administration, Mr. Obama’s administration as you probably remember we started, we tried to pull of an illegal coup in Ukraine, we got caught at it, what’s her name, Victoria Nuland, whatever the woman’ name the State Department they have there several pieces of evidence where we know she tried to instigate an illegal coup then of course the Russians outsmarted us and so the State Department started blaming it on the Russians and the hype against the Russians has gotten bigger and bigger ever since after we started– or tried to start, tried to instigate the illegal coup Crimea and Ukraine.

So yes we are certainly at fault to some extent and obviously you then, when you’re caught you’ve got to keep the rhetoric up and keep throwing more and more accusations and so the State Department has done that.

I know that before the illegal coup Obama, Bush everybody was trying to be friends with the Russians rightly so, cold war had ended long ago, the Russians wanted to be friends with America. We didn’t need NATO anymore. Who needed the Cold War etc. all the money we were spending on some of these arms manufactures and soldiers so until the illegal coup took place we were all trying to be great friends you remember George Bush said I looked him in the eye and he’s a man I can admire and work with etc.

I think if we start having investigations of the illegal voting I’m afraid we’re going to find more for the Democrats than for the Republicans places big cities in America won’t name names but so far the few investigations that have taken place we find that the voting irregularities are in big cities which are Democratic strongholds.

On the Greater Depression…

…get prepared because we’re going to have the worst economic problems we’ve had in your lifetime or my lifetime and when that happens a lot of people are going to disappear.

So the next time around it’s going to be worse than anything we’ve seen and a lot of institutions, people, companies even countries, certainly governments and maybe even countries are going to disappear. I hope you get very worried.

On Trump and the possibility of trade wars…and real wars

Mr. Trump has also said he’s going to have trade war with China, Mexico, Japan, Korea a few other people that he has named. He swore that on his first day in office he would impose 45% tariffs against China. He’s been there three weeks, two or three weeks and he hasn’t done it yet but he still got it in his head I’m sure or maybe he’s just another politician like all the rest of them. He says one thing and he doesn’t mean it at all but he does have at least three people in high levels in his group who are very, very keen to have trade wars with China and other people.

If he does that Eric, it’s all over. I mean history is very clear that trade wars always lead to problems, often to disaster, sometimes even to real war, a shooting war. So I don’t know, I’m not sure Mr. Trump knows. He said so many things and many of the things are contradictory. Now if he’s not going to have trade wars with various people then chances are for a while happy days are here…

[The dollar is] going to go too high, may turn into a bubble, at which point I hope I’m smart enough to sell it because at some point the market forces are going to cause the dollar to come back down because people are going to realize, oh my gosh, this is causing a lot of turmoil, economic problems in the world and it’s damaging the American economy. At that point the smart guys will get out. I hope I’m one of them.

On governments continued war against cash…

Governments are always looking out for themselves first and it’s the same old thing you know Eric this has been going on for hundreds of years. The Indians recently did the same thing they withdrew 86% percent of the currency in circulation and they have now made it illegal to spend more than, I think it’s about $4000 in any cash transaction. In France you cannot use more than, I think it’s a €1000.

Many countries are already doing this. Some states in the U.S. you cannot make cash transactions above a certain amount. Governments love it. Then they can control you. If you want to go and buy a cup of coffee they know how many you drink, where you buy them etc. if they can all put it into electronic formats and they will the world is all going electronic. My children will probably never go to a bank when they’re adults, maybe never go to a post office maybe even never to a doctor or rarely to a doctor when they’re adults.

So the Internet and the computers changing everything that we know, money can certainly be easily converted to computers not today because there are still, some people who don’t have computers and the system is not ready it but it can be done and when it’s done the governments are going to be very, very happy they going to say they’re doing it for our own good Eric, this is not them, this is for our good. That they’re doing this, but it’s coming and it’s going to be a whole different world in which we live. Probably we are not going to have as many freedoms as we have now even though we are already losing our freedoms at a significant pace.

On the demise of freedom…

…history shows that people always would like a little more safety and a willing to “give up some things for more safety and security.” Benjamin Franklin said well anybody who would give up some freedoms for security is going to wind up with neither security nor freedom and they deserve to lose both and of course that’s the way it is.

I’m not the first to realize that people who are rising to become dictators start taking away freedoms first in Germany they took away the guns, they wouldn’t let people have guns in Germany and lots of places have done that or things like that.

In America now you and I probably remember when we were kids, you had to have a search warrant, now they can just break your door down if they have what they consider enough good reasons, they don’t even have to go to the court and get a search warrant anymore.

So it’s already happening and if you said to somebody that you know they could break your door down they say they’re not going to break my door down I’m not a terrorist or a drug dealer, well that’s how it all starts people say it’s OK but then the next thing you know they’re breaking your door down too.