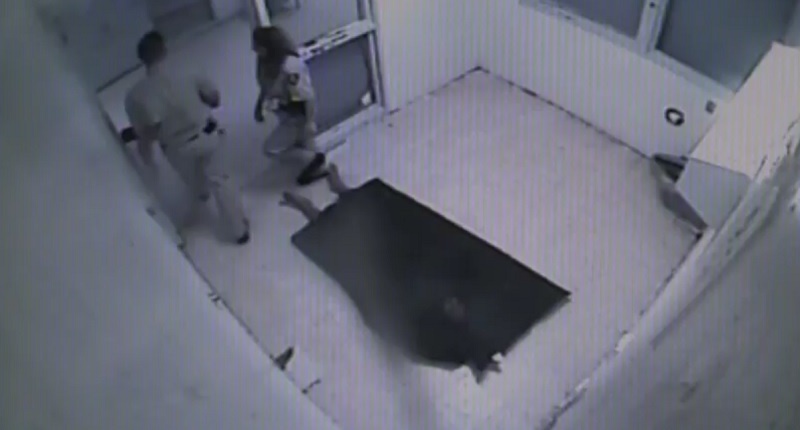 After being arrested on misdemeanor obstruction charges in 2011, while suffering from a mental breakdown, 37-year-old Army veteran Elliot Williams spent six days being taunted and abused by police as he died a slow and painful death. 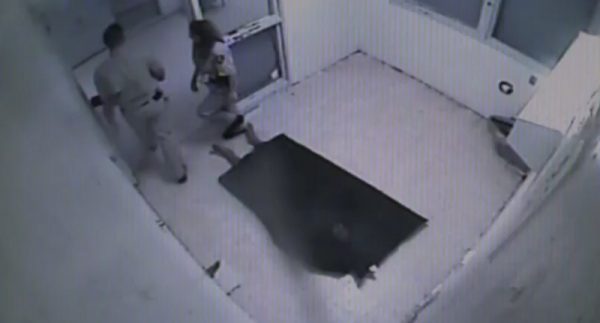 The entire ordeal was captured on the Oklahoma jail’s surveillance camera, and his family has now filed a federal lawsuit.

“This guy went almost six days and never got taken to the hospital with a broken neck,” Daniel Smolen, his family’s attorney, told the Daily Beast. “They’re throwing food at him and making fun of him in the cell while he’s going through a horrific death. You wouldn’t do that to an animal or any living thing.”

“It’s a slow, torturous death,” Smolen said. He told the Daily Beast that William’s ordeal is the worst violation of civil rights that he has ever seen captured on camera. “You’re cognizant of it the whole time. It’s like a nightmare.”

As Williams laid paralyzed on the jail cell floor, he begged for help as officials placed his water beyond his reach. At another point, jailers dragged his body into a shower and left him there for an hour face down, as he screamed “help me!”

Williams reportedly had a history of mental illness, and his only crime was a nervous breakdown, which he paid for with his life.

During his time at the jail, his father had attempted to visit him, but was informed by a mental health worker that he was “acting like he’s paralyzed, but we know he’s not.” He was accused of faking by detention officers, nurses, and other officials.

A  court filing by Tulsa Sheriff Stanley Glanz’ attorney Corbin Brewster that was obtained by the Daily Beast states, “Williams was surrounded by people in the jail who thought they were taking care of him.”

“Despite medical staff’s incorrect diagnoses of Mr. Williams before his death, the undisputed evidence is that the medical professionals who examined and treated Mr. Williams sincerely believed he was faking paralysis,” Brewster wrote.

Brewster also added, that the Williams’s legal team “has not established any evidence at anyone at the jail… consciously refused to provide him with medical care.”