What You’re Not Being Told About Black Lives Matter 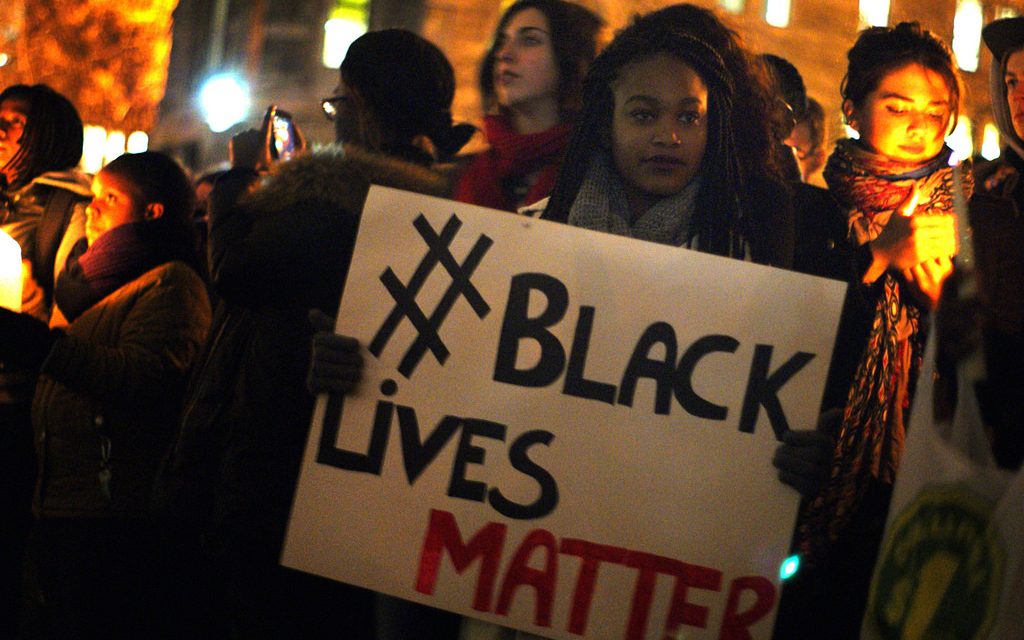 (ANTIMEDIA) Claire Bernish — We have become a culture on edge, fearful of when and where the next tragedy might be perpetrated by some opaque or obscure enemy ‘other’ seeking to inflict maximum harm on innocent lives.

But this abstract, pervasive, and fearanoid trepidation hasn’t been pulled from the blue — in fact, it amounts to little more than governmental propaganda meant to divide the populace and distract from the desire to reform pervasive, systemic issues the State might otherwise solve.

In other words, we live in fear — often of each other and usually devoid of reason — because the State wants it that way. Whatever fingers of blame take aim at various groups aren’t able to point to the corrupt, mendacious government — a construct so formidable, most don’t realize they’re facilitating the State’s divide and conquer methodology.

While the name this activist group chose could be perceived as an exclusive club where others aren’t welcome, this couldn’t be further from the truth. BLM, as the movement is often abbreviated, only wants to level the playing field, and welcomes supporters from any race, creed, religion, gender — anyone — who acknowledges systemic disparities present in the U.S.

Saying black people’s lives matter doesn’t steal the value from lives in any other racial group — rather, the statement begs for black people’s seat at the same table other groups, particularly white people, have ‘enjoyed’ throughout history.

This movement isn’t called Only Black Lives Matter for a reason — it isn’t the message. Black people should not be forced to demand worth — no one should. But biased policing — a point proven to exhaustion — has, over time, caused an intrinsic exigency that they do so, particularly considering the disgusting reactions on display after innocent or unarmed or non-combative black Americans are killed by law enforcement. When Philando Castile and Alton Sterling suffered fatal shootings by police last week, as usual, a rush to dissect their lives commenced — as if the details of a person’s life would somehow negate their right to due process.

White teen Dylan Noble’s family, in glaring contrast, didn’t suffer this post mortem hypercritical analysis of their loved one’s life following his fatal shooting by police — and that’s the disparity perpetrated by the people and perpetuated by the State.

That example, and thousands like it, demonstrate why the group felt compelled to call themselves, to demand, Black Lives Matter — because people, either purposefully or unknowingly, discount the value of those lives.

Black Lives Matter is a terrorist organization hell bent on killing police — and others.

Not shockingly, inflammatory talk show host, Rush Limbaugh, made the absurd assertion Friday that Black Lives Matter is a “terrorist group” — and, unfortunately, he hasn’t been the only one to make the accusation.

In the context of the murders of five police officers in Dallas, Limbaugh and a guest said the (proven factual) disproportionate killing of black men by police is a “myth” and claimed BLM activists are staging a (proven fictitious) “war on cops.” Misinformation this egregious necessitates a properly cutting response — and BLM had already delivered one when the controversial host spouted nonsense.

Following the Dallas shootings, the Black Lives Matter website essentially shut down to display a single message condemning the killings and violence — completely contradicting Limbaugh’s fantastical claim. Though the site has since returned in full, a statement on Dallas remains — with the all-too pertinent reminder:

“Black activists have raised the call for an end to violence, not an escalation of it.”

Consider the adage, don’t judge a man until you have walked a mile in his shoes — empathy, in other words — but in terms of race, an obvious impossibility. Because white people will literally never definitively experience bigotry and bias by police and others, an imperative of trust exists in listening to black people’s stories recounting such incidents — including, not excluding, their perceptions.

That perception matters — in fact, it speaks to systemic racism countless people like Limbaugh laughably deny. As Anti-Media journalist and livestreamer, P.M. Beers, who has been active in BLM for years — and who happens to be white — explained:

“When people say ‘All lives matter’ in response to the phrase, ‘Black lives matter,’ what is happening is white people are putting their feelings above the feelings of black people. This is an excellent example of the pervasiveness of white supremacy. The hashtag #BlackLivesMatter was created by one of the founding members of the organization in response to the fact that, to the police, black lives do not matter. It is a FACT that black people have a much greater chance of being killed by police than white people. Saying ‘All lives matter’ is a blatant erasure of the pain, trauma, and PTSD that most black Americans deal with on a daily basis.

“It’s saying, ‘Your pain is irrelevant because I, as a white person, feel left out.’”

As another white journalist, Kevin Roose, wrote for Fusion,“The real issue is that, while strictly true, ‘All Lives Matter’ is a tone-deaf slogan that distracts from the real problems black people in America face.”

And as divisiveness reigns following Castile’s and Sterling’s killings and the murders in Dallas, we must remember, generally, life matters — struggle matters — and the devaluation of black lives, matters.

We all suffer the effects of the State’s failed war on drugs, but none of us so much as black Americans. Acknowledging their perspective as valid — and that racism remains a palpable and tangible issue despite the ‘official’ end to overt Jim Crow laws — doesn’t distract from the worth of any other people’s lives. In fact, it adds worth.

If none of this convinces you, or sufficiently explains why Black Lives Matter isn’t a divisive group touting the domination of black people over all others — and that All Lives Matter is a nonsensical retort — one of the most apt explanations I’ve yet seen came from, believe it or not, Reddit.

“Imagine that you’re sitting down to dinner with your family, and while everyone else gets a serving of the meal, you don’t get any. So you say, ‘I should get my fair share.’ And as a direct response to this, your dad corrects you, saying, ‘everyone should get their fair share.’ Now that’s a wonderful sentiment — indeed, everyone should, and that was kinda your point in the first place: that you should be a part of everyone, and you should get your fair share also. However, dad’s smartass comment just dismissed you and didn’t solve the problem that you still haven’t gotten any!

“That’s the situation of the ‘black lives matter’ movement. Culture, laws, the arts, religion, and everyone else repeatedly suggest that all lives should matter. Clearly, that message already abounds in our society.

“The problem is that, in practice, the world doesn’t work that way. You see the film Nightcrawler? You know the part where Renee Russo tells Jake Gyllenhal that she doesn’t want footage of a black or latino person dying, she wants news of affluent white people being killed? That’s not made up out of whole cloth — there is a news bias toward stories that the majority of the audience (who are white) can identify with. So when a young black man gets killed (prior to the recent police shootings), it’s generally not considered ‘news,’ while a middle-aged white woman being killed is treated as news. And to a large degree, that is accurate — young black men are killed in significantly disproportionate numbers, which is why we don’t treat it as anything new. But the result is that, societally, we don’t pay as much attention to certain people’s deaths as we do to others. So, currently, we don’t treat all lives as though they matter equally.

And we erase the validity of the problem — and artificially incite division — by claiming Black Lives Matter is a divisive movement. In fact, it isn’t anything other than a call for equality — a call echoing from the overtly racist roots of this nation. A call that has yet to be answered in any sweeping, significantly lasting way.

But we can start by refusing to dismissively respond, All Lives Matter.

This article (Propaganda and Activism: What You’re Not Being Told About Black Lives Matter) is free and open source. You have permission to republish this article under a Creative Commons license with attribution to Claire Bernishand theAntiMedia.org. Anti-Media Radio airs weeknights at 11pm Eastern/8pm Pacific. Image credit: BLM Black Friday. If you spot a typo, email edits@theantimedia.org.