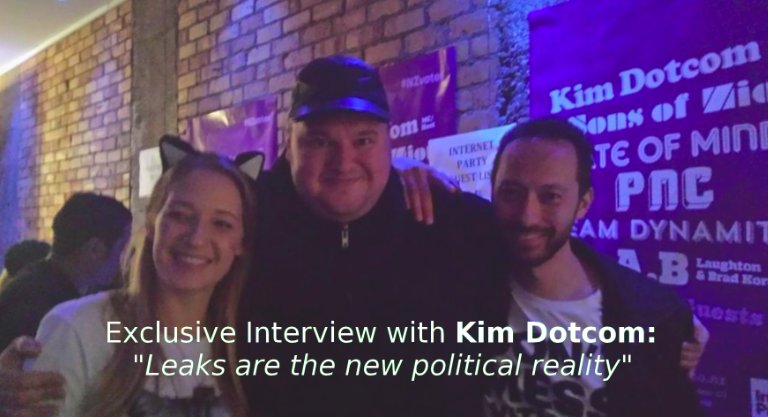 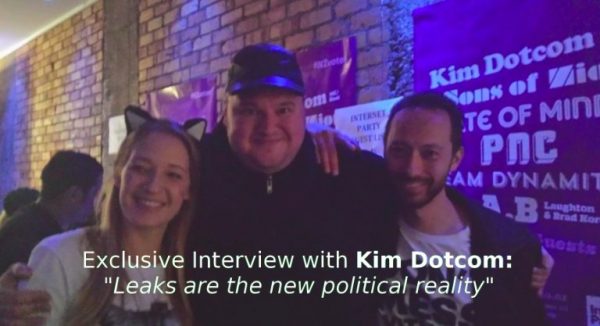 Love him or hate him Kim Dotcom has smarts, guts and top-notch contacts.

The relentless innovator, due to launch his latest digital initiative Mega 2.0 on January 2017, the 5th anniversary of the raid of his mansion – which also happens to be the day President-elect Donald Trump is due to take office – is out for justice and not backing down.

Recently he hinted on Twitter that 2017 is the year that will finally bring down New Zealand’s scandal-plagued ruling government. DNC-style leaks about the National Party in New Zealand may indeed revolutionise the political situation in the country and also the mainstream media, who have mostly been subjugated, shackled and brought to heel by the chains of a no-holds-barred government willing to wield its intelligence services against its own citizens in the pursuit of absolute power.

In our exclusive interview Dotcom dishes more details on the endemic corruption in New Zealand mainstream media and the ruling government and reveals further information about the leaks he says are scheduled to rock the country next year.

The opening day of the High Court hearing regarding your extradition and your victory in winning the right to livestream it received significant coverage in the world press. After that, there was mostly a resounding silence. Why do you think this is?

Kim Dotcom: Just like in the US and the UK, the NZ media has become a government mouth piece. Since the founding of the Internet Party I’m considered anti-establishment and a threat to the status quo. I had everyone so scared that we might do well that the rat pack of National friendly media quickly came to Key’s rescue with a coordinated character assassination campaign and just like Donald Trump I called them out for their dishonesty. They had shown their true face to me. I now knew all the top media players that the government had in their pocket. Imagine how these players would look if they had to admit that I was right all along. That my case is unlawful and political and that Key and his Attorney General engaged in criminal activity to gain favour with the US government regarding my case and that Key knew all along.

There were problems with sound and visuals on the livestream, reminiscent of some of the issues that others such as Julian Assange experience when transmitting important information. Were these purely technical issues or potentially something more nefarious?

In a recent interview, Patrick Gower told Toby Manhire that the lead-up to the general election in 2014 was “peak cray”. How would you describe that period in New Zealand political history?

Kim Dotcom: I revealed the scope of mass surveillance in New Zealand with undeniable evidence and with the help of the most knowledgeable people. The Moment of Truth could have been an awakening for the New Zealand public. This was so much bigger than my case. Patrick Gower and his pro-government buddies steered the news towards a failure to produce a smoking gun against Key’s deep knowledge and involvement in my case. If they would have reported what the Moment of Truth had revealed, the National Party would have lost the election. John Key was outed as a serial liar but that wasn’t the headline.

You famously called out Patrick Gower at the press conference immediately following the Moment of Truth event. What led you to do so?

Kim Dotcom: Patrick Gower is the most dishonest henchman in the New Zealand media landscape. He is not reporting on politics. He is creating the news that his National party contacts need. He’s part of the National P.R. machine. Unethical to the core.

You have tweeted that an expected release of government information will take down the National Party in the next general election in 2017. What types of material can we expect to see?

Kim Dotcom: Why do you think John Key resigned? This wasn’t about his family. It’s more likely about the next election and 2 terabytes of emails and attachments that were taken from New Zealand government servers. I heard from a reliable source that the Podesta emails seem like cotton candy compared to the amount of disgusting dishonesty the National government will see leaked at the next election. Key must know. He’s taken the parachute. He can’t stomach the kind of embarrassment that Clinton had to endure with daily releases of dirty emails. And this time even his media cronies couldn’t have saved him. The Internet and alternative media of reputable truth-telling websites are taking over. Leaks are the new political reality. Over time this will be the cure against dishonest politicians. They just can’t survive in this new environment of information.

Many people believe that Donald Trump may be of the same ilk as Hillary Clinton. Would a Labour-led coalition government in New Zealand really be a material difference to your case or any significant improvement for the wider public in general?

Kim Dotcom: Donald Trump and Brexit are the punishment the elites deserve. Will the Donald drain the swamp? We will have to wait and see. The swamp is exactly what led to the unlawful destruction of my business and the military-style raid and illegal spying against my family. A Labour government in New Zealand would have no incentive to drag out the monstrosities committed by John Key and his Attorney General Chris Finlayson against my family. The Attorney General is using every tool of power at his disposal to prevent the unavoidable legal victory that is coming my way. He will fail and he might end up in jail himself. I won’t stop until the truth about the real Mega conspiracy is fully unearthed. And I expect a Labour government will want an independent inquiry into my case which will see the National Party in disarray and embarrassment for years to come. This will be a brutal and costly experience for New Zealand but it will also be necessary so that something like this can’t happen again.

Kim Dotcom’s answers are great and perhaps that’s to be expected given his vast experience as an interview subject. What was surprising however, is the discovery that he also has a by-line himself, giving a candid retelling of his political trials and tribulations to a well-known New Zealander, Gareth Morgan, who is considering setting up a political party.

In his article, Dotcom writes of his exasperation with:

“…the lies, the lies and more lies, so many lies. See how none of your policies or achievements matter. Nobody cares. Talk about what you stand for and then watch your message get diluted to a joke. Show the voters how corrupt, dirty and dishonest the current leadership is and then shake your head at the stupidity of the masses, how gullible they are to manipulative media spin, how little they understand, how they simply don’t give a shit.”

Given the constant boot that both politicians and the mainstream media put into him in 2014, juxtaposed with the alternating ridicule and silence during what was supposed to be live-blogged coverage of his recent High Court hearing, it’s not difficult to understand how Dotcom’s experiences could be disillusioning.

The following screenshot from The Spinoff TV is what passes for ‘journalism’ in New Zealand: The back-scratching creme de la creme of establishment Kiwi journalism think that ignorant displays such as the above are funny, but they’re actually ludicrous and insulting to the intelligence of readers.

Readers who are supposed to fail to notice that the same journalist who did the abysmal job of live-blogging Dotcom’s High Court hearing recently dedicated over 6,500 words to detailing a “bar-hopping, wine-soaked interview” with none other than Patrick Gower. The aforementioned “peak cray” interview referenced in our question to Kim Dotcom. But mainstream media negligence is only a part of the picture. To this day, the government’s persecution of Kim Dotcom and the violations of his privacy and of people associated with him continues: At this point, illegally spying on Kim Dotcom is about the stupidest undertaking possible. The government getting caught doing exactly that over three years ago, led to one of the biggest political scandals and largest protest movements in modern New Zealand history.

Dotcom knows his rights and has the clout to pursue them in court. The various suits Dotcom has been, is and will be filing against the spy agencies and government aren’t just about money or damages.

He is after full disclosure.

He wants the truth. The truth is the bare minimum requirement for true understanding, for closure and for healing. Let alone restitution and compensation.

The unorthodox tactics Dotcom wields are the tools of the new information age and his cunning and net savvy is what keeps him a step ahead of his adversaries.

A full accounting of how they have harmed him, why and who else they targeted in the process of attempting to ruin him is yet to be revealed, but Dotcom is very clear about who has wronged him. At the rate he is going, he may well get a tick in every box.

Journalists who write truth pay a high price to do so. If you respect and value this work, please consider supporting Suzie’s efforts via credit card or Bitcoin donation at this link. Thank you!