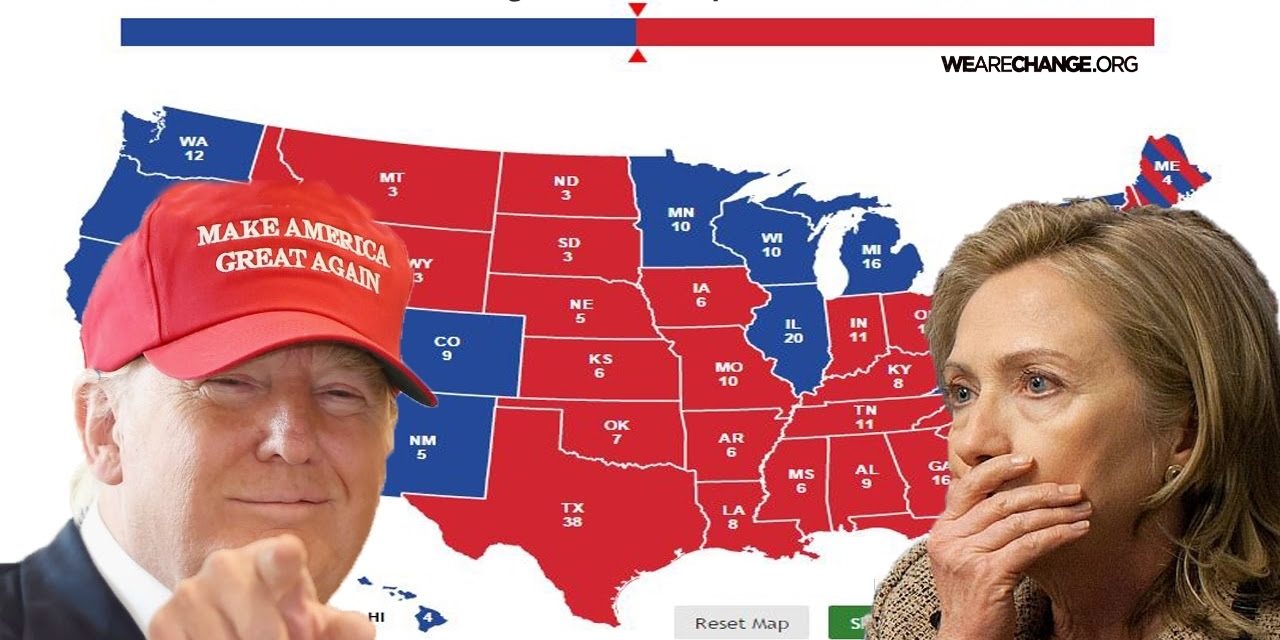 Results of the electoral college vote 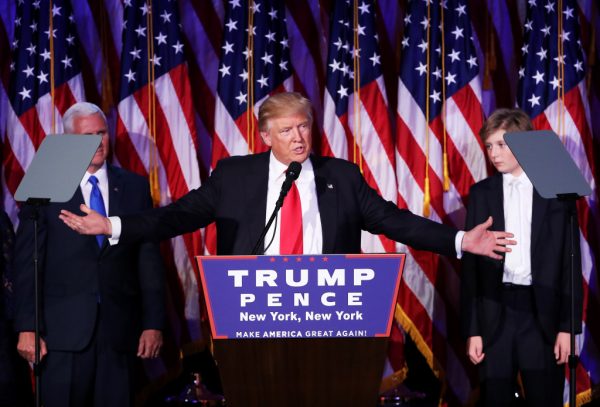 Electors gathered Monday in every state to formally elect Donald Trump president even as anti-Trump forces try one last time to deny him the White House.

The vote ensures that the billionaire will become America’s 45th president.

Hillary Clinton won the national popular vote in the Nov. 8 presidential election by more than 2.6 million votes. Protesters rallied at state capitols around the country against Trump’s expected victory in the Electoral College Monday.

Trump had won 306 electoral votes to Clinton’s 232 when the votes were counted in November.

Note: The numbers below are from the Various main-stream media sources. The text does not describe each individual state’s results, but the tally includes all states reporting.

Texas put the Republican president-elect over the 270-vote threshold. Electors had been deluged with emails, phone calls and letters urging them not to support Trump. Two Texas electors cast protest votes against Trump, but in the end he had more than he needed.

The Electoral College has 538 members, with the number allocated to each state based on how many representatives it has in the House plus one for each senator. The District of Columbia gets three, despite the fact that the home to Congress has no vote in Congress.

Iowa’s six Electoral College voters have cast their ballots for Republican Donald Trump, bringing him within a breath of the 270 votes required to formally win the presidency.

That brings his Electoral College total to 268, while Hillary Clinton’s stands at 166.

She won the popular vote and protests simmered around the country, urging members of the Electoral College to rebel and vote for someone other than Trump.

Three Montana members of the Electoral College have voted for Trump.

That brings his elector total to 262 — just short of the 270 required to formally win the presidency.

New Jersey’s 14 electors formally selected Clinton for president on Monday, bringing her total to 166 — still behind Trump and the number required to become president.

Trump’s Electoral College total stands at 259, just shy of the 270 he needs to formally win the White House.

Solidly Democratic New Jersey awarded all of the state’s Electoral College votes to the former senator and secretary of state.

The eleven members of the Electoral College from Massachusetts have chosen Clinton for president and brought her total to 139. Four members of the Electoral College in Washington state cast their votes for a candidate other than Clinton, the statewide popular vote winner.

It’s the first time in four decades the state’s electors have broken from the popular vote for president. Washington’s 12 electors met Monday afternoon in the state Capitol to complete the constitutional formality. Clinton got eight votes while other candidates got the remaining four.

Trump is closing in on the 270 votes he needs to formally win the presidency.

Arizona and Missouri electors pushed him to 245 votes Monday, while Democrats Hillary Clinton had 120.

Electors in Wyoming and one in Maine have pushed Trump closer to formally winning the presidency.

The votes bring Trump’s total to 219 electors. Oregon, New Mexico and Colorado — plus three in Maine — bring Clinton’s total to 120.

A Democratic Maine elector’s faithless vote for U.S. Sen. Bernie Sanders was ruled improper. He has switched his vote to Clinton.

David Bright wrote on his Facebook page earlier today that he planned not to vote for Clinton because he did not believe a vote for her would make a difference.

“I cast my Electoral College vote for Bernie Sanders today to let those new voters who were inspired by him know that some of us did hear them, did listen to them, do respect them and understand their disappointment,” Bright wrote. “I want them to know that not only can they come back to the process, but that they will be welcomed back; that there is room in the Democratic Party for their values.”

Electors in Michigan and Florida have cast their combined 45 votes for Trump, making his his Electoral College total jump closer to the amount required to formally win the presidency.

The states, with 16 and 19 votes respectively, bring Trump’s total to 215 electors. Two hundred-seventy votes are required to win the White House.

North Dakota, South Dakota and Utah have pushed Trump closer to the 270 votes required to win the presidency.

The states’ electors gave Trump 166 electoral votes to Clinton’s 96 as protests simmered around the country.

With about half the states reporting, Trump had 154 electoral votes. Clinton has 86 votes.

The latest votes give 10 electors each to Trump and Clinton in Monday’s Electoral College vote for president.

Electors from Pennsylvania, North Carolina Ohio and Louisiana have given Trump 134 of the 270 electoral votes required to formally win the presidency.

The new total includes 20 votes from Pennsylvania, 18 from Ohio, 15 from North Carolina and eight from Louisiana.

Clinton has 43 electoral votes, including 29 from her home state of New York.

Trump has won 68 electoral votes in Monday’s tally of the Electoral College.

The new total includes all 16 presidential electors in Georgia and eight in Kentucky, as well as electors in South Carolina, Oklahoma, West Virginia, Tennessee, Mississippi and Arkansas.

New York’s 29 members of the Electoral College have cast their ballots for Clinton, who won the state .

The electors gathered Monday in the state Senate chambers in the Albany Capitol.

The electors broke out in applause when the results were read.

Dozens of protesters gathered outside to voice their concerns about the president-elect and to urge electors in other states to cast their ballots for Clinton or another candidate, even if their states voted for Trump.

Connecticut’s seven electors have formally cast their votes for Clinton, winner of the state’s presidential election.

The electors, all Democrats, chose Clinton for president and U.S. Sen. Tim Kaine for vice president in Monday’s solemn ceremony. It was held in the state Senate chamber.

While the outcome was expected, about 50 protesters rallied outside the state Capitol, expressing concern with the Electoral College process and whether Republican Donald Trump is suitable to be the next president.

Dr. Carol Swenson, a Westport psychologist, held a sign urging electors to vote for “sanity.” She calls Trump “a dangerous person” and says she felt the need to speak out.

Clinton has 10 electoral votes, but she’s still far behind Trump’s total of 44 in Monday’s formal tally.

With a win in South Carolina, Trump now has won 44 electoral votes of the 270 he needs to formally win the presidency.

One faithless elector has cast a vote in Maine — for Sen. Bernie Sanders.

David Bright said on his Facebook page that he cast his vote for Sanders, instead of Clinton because his vote would not have helped her win.

“I cast my Electoral College vote for Bernie Sanders today to let those new voters who were inspired by him know that some of us did hear them, did listen to them, do respect them and understand their disappointment,” he wrote.

With wins in Arkansas, Mississippi, Oklahoma, Tennessee and West Virginia, Trump now has won 35 electoral votes of the 270 he needs to formally win the presidency.

Tennessee’s 11 presidential electors have cast their ballots for Trump.

They were required by state law to vote for Trump, who overwhelmingly carried Tennessee in November.

Vermont’s three members of the Electoral College are the first to report their vote for president.

All three chose  Clinton, reflecting the state’s vote in the Nov. 8 presidential election.

New York real estate magnate Trump won the race nationally. But in Vermont, Clinton got 55.7 percent of the vote, while Trump received 29.8 percent.