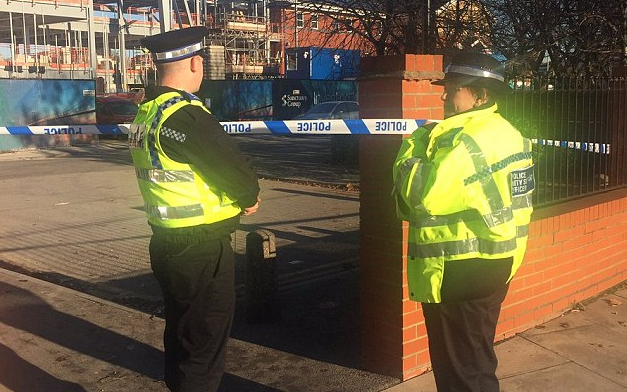 EAST YORKSHIRE (WeAreChange) — A 31 year old male suspect, who has not been named, was shot by police in Hull, East Yorkshire after reportedly wielding a ‘double-ended axe’ in public.

Armed police were dispatched to the scene near a local post office arriving shortly after 9.20am (local time) following ‘concerns for the safety of the public’.

Witnesses said there was a huge police presence in the Charles Street vicinity of the city this morning, with several roads cordoned off and firefighters also in attendance.

Original reports incorrectly stated the suspect was fatally shot but police officials have since clarified that he is receiving medical attention.

A Humberside Police spokesman said: ‘We can confirm that a 31-year-old man was injured at 9.37am today after shots were fired by officers.

‘We deployed armed officers to the Holderness Road area shortly after 9.20am, following reports of concerns for the safety of the public in relation to a man seen near the Post Office in Holderness Road, Hull.

‘The man, who cannot be named, is now receiving medical attention.

‘An investigation is underway and the incident has been referred to the Independent Police Complaints Commission, which is standard practice in such incidents.

‘We are not looking for anyone else in connection with the incident at this time. As such, it would be inappropriate for us to comment further at this stage.’