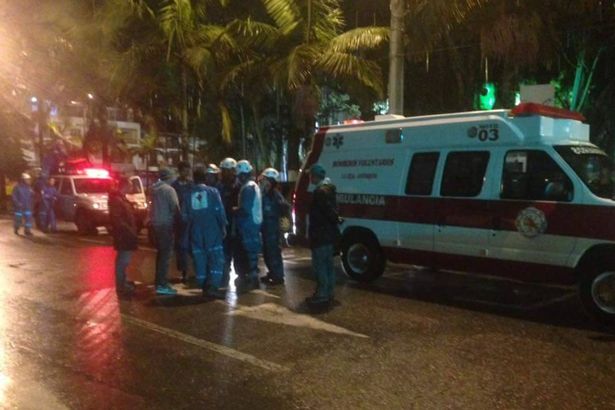 Colombian authorities confirmed at least six survivors so far no one has yet been confirmed dead as of 2:12 A.M. – EST.

Update 2:47 A.M. – EST: Colombian authorities confirm at least 10 people are injured conditions are not yet known.

The jet is reported to have split in two when it crashed in the mountains. An image was shared on social media by a news organization NoticiasCaracol that shows the debris of the plane.

The pilot is being heralded as a hero and its reported that he opened the plane’s fuel door to release fuel and prevent a huge explosion in the seconds after the crash.

The plane was expected to arrive in Medellin from Bolivia and crashed due to lack of fuel, the airport’s official Twitter account said, adding that the “plane suffered from an electrical failure before the accident.”

The mayor of Rionegro said in a tweet “that authorities are coordinating the search and rescue operations from the airport in Medellin.”

Passengers aboard the plane include a Brazilian club soccer team, the  Chapecoense, who were due to play against Medellin’s Atletico Nacional in the finals of the Copa Sudamericana on Wednesday, local media reported.

Aerocivil, Colombia’s civil aviation authority, confirmed the accident and said that emergency officials were working to transport injured passengers by ambulance to the hospital to receive medical assistance. Restricted from using helicopters to air lift victims because of the weather conditions.

“The site of the accident is only accessible by land due to climatic conditions and low visibility,” a statement from the airport said.

“The Colombian Air Force deployed a search and rescue helicopter which had to cancel the mission due to the adverse conditions.

“According to the authorities the police are mobilising all possible help since they are reporting six survivors.”

This is a breaking news story. Please check back for updates.