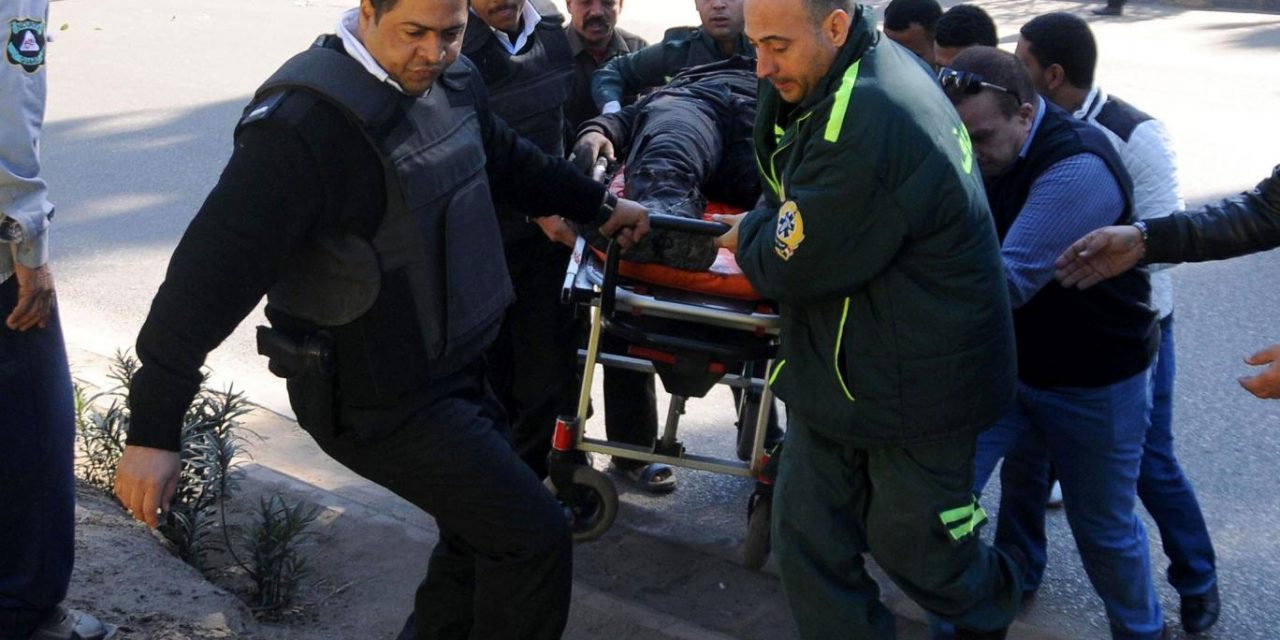 CAIRO (WeAreChange) — Islamic terror group Hasm Movement has claimed responsibility for a bombing that killed six security officers near the Pyramids of Giza in Egypt on Friday.

The emerging terror group said it launched an explosion targeting a checkpoint on a main road near the tourist attraction in Cairo.

The blast struck near a mosque on Pyramids Road, the main thoroughfare leading from the city centre out to the Giza pyramids – a road often frequented by tour buses, according to the state-run MENA news agency.

The bombing appeared to have targeted two police vehicles parked along the road at a mobile checkpoint.

It completely destroyed one of the vehicles and severely damaged the other. Dozens of people gathered at the scene as police cordoned off the area.

According to the Egyptian interior ministry, two officers, a police officer and three conscripts were killed, with three more wounded in the attack.