Fake News Nuke: Pope Francis Gets In On The Fake News Debacle Declares Disinformation A Sin 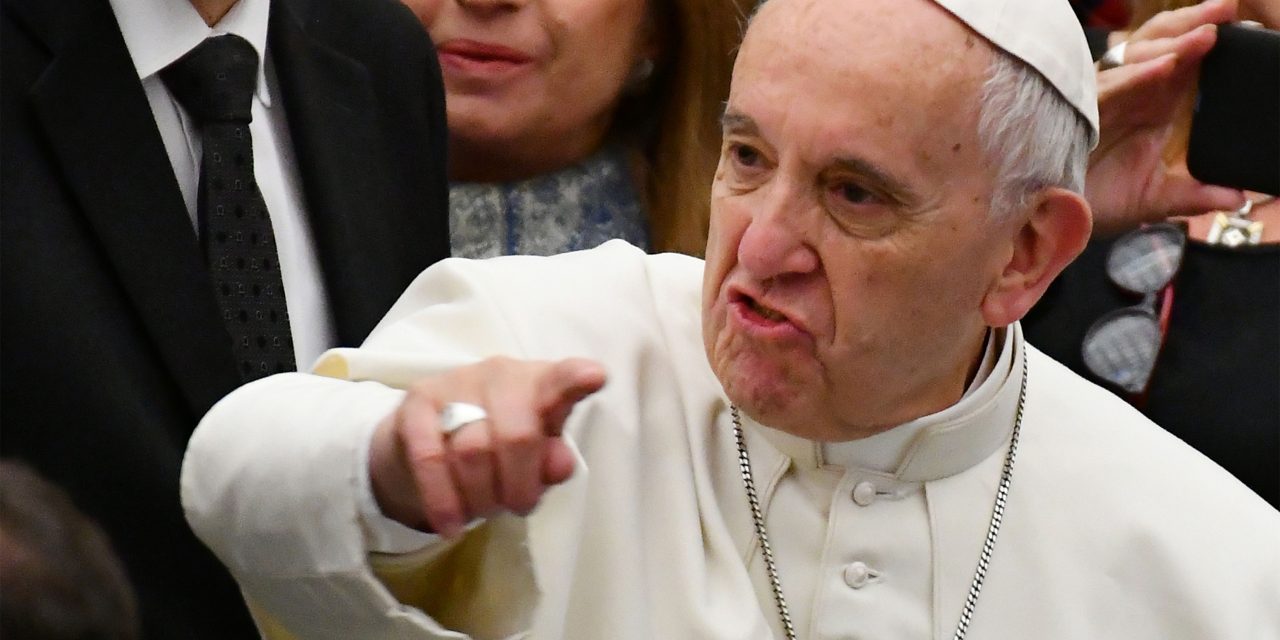 VATICAN CITY (WeAreChange)  — The Pope has sensationally claimed “that media that focus on scandals and spreading ‘fake news’ to smear politicians risk becoming like the people they have a morbid fascination with excrement,” Pope Francis said in an interview published Wednesday. 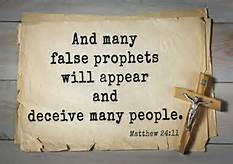 Francis told the Belgian Catholic weekly “Tertio” that spreading disinformation was “probably the greatest damage that the media can do” and using communications for this rather than to educate the public amounted to the people behind it committing a sin. I completely agree Pope Francis which is why CNN and a number of mainstream outlets should be outlawed by his holiness. Here is CNN using their own camera man to do just that to sell the agenda of the Trump #NotMyPresident protest.

The pope continued that “scandal-mongering media” risked falling prey to coprophilia, or arousal from excrement, and consumers of these media risked coprophagia,  eating that excrement.”

Hold on, hold on really you compare reporters holding politicians accountable for their political ties to shady groups, secret societies and potential scandals to eating poop and getting off on it? What?

Yeah we sure did eat a lot of bull sh*t in the past like the Iraq WMD’s when the U.S. and U.K. government colluded together to sell the American people fake news that Iraq had weapons of mass destruction to self investigate Iraq based off of forged plagiarized academic papers. It’s also now known thanks to the press that Bush and Blair planned the Iraq invasion a year prior revealed by the emails of Hillary Clinton.

Then there is the Gulf Of Tonkin incident that started the invasion of Vietnam on false pretense when the government at the time lied and said a second Gulf of Tonkin attack had happened and finally the admitted bombing of Lusitania which started WW1. And while were talking about false flags to start wars, let’s add in the proposed false flag that JFK stopped Operation Northwoods so this seems like an ugly pattern of the sin of treason.

Mr. Pope Francis what do you have to say about this well sourced but disturbing information? Even ex governor and navy seal Jesse Ventura has came out and spoken out about the Gulf Of Tonkin incident and how all wars are started with a falseflag.

So if spreading “fake news” about scandals is a sin what does that make spreading fake news that ultimately caused an invasion of a whole country or world war? Oh and what about Operation Mockingbird when the CIA admitted to using fake news to manipulate U.S. citizens during the Church Hearing in 1975? Then there is the prepackaged news stories aired by main stream media and the fact that propaganda is legalized under NDAA which repealed the Smith-mundt act. As murdered journalist Michael Hastings said “Smith-mundt had been passed to protect U.S. audiences from our own government’s misinformation campaigns.”

See Mr. Francis the problem is that 90% of U.S. media is owned by 6 different companies and then you have the trust in media which is at an all time low 6% and the fact FBI can pose as journalist which is basically operation mockingbird 2.0. My suggestion is this – allow people to get their media where they want to get their media and break the huge monopoly that is held onto by the media in not just the U.S. but the world.

“I think the media have to be very clear, very transparent, and not fall into – no offense intended – the sickness of coprophilia, that is, always wanting to cover scandals, covering nasty things, even if they are true,” he said.

Okay, so this part is very contradictory: you want journalists in the media to be very transparent but not to cover scandals and nasty things –  how does that work?

I’ll agree that a lot of stuff about celebrities is stupid and wasteful of a broadcast. Needless drama like who the f*ck cares about the Kardashians. The very fabric of our society depends on independent journalists holding our elected officials accountable when they step out of line or have elitist connections to secret societies like Yale’s Skull and Bones, Bilderberg etc. if not who will?

“And since people have a tendency towards the sickness of coprophagia, a lot of damage can be done.” he, added.

Well how much damage did I do? Here’s some more.

How about you condemn secret societies doing “mock sacrificial killings” like Skull & Bones hosting a ritual in “the Tomb” as seen in the video below that is pretty evil and invites evil – does it not? You should probably go cleanse this area and declare it an enemy of the church and since it’s alumni includes influential people, politicians and financial officials like Goldman Sachs execs who run America, well that evil spreads into the higher society of the American structure, right?

Pope Francis additionally spoke of the danger of politicians themselves using the media to slander their political rivals – which was abundantly apparent in the 2016 election of Donald Trump v.s. Hillary Clinton where both candidates consistently bashed each other using the media and spread false hoods about each other ultimately lying to the American voters.

“The means of communication have their own temptations, they can be tempted by slander, and therefore used to slander people, to smear them, this above all in the world of politics,” Pope Francis, said. “They can be used as means of defamation…”

I agree again Pope Francis. It’s like that no named company PropOrNot that called us Russian agents without any proof and then the Washington Post slandering us committing defamation against my co-workers and I which made me personally very sad /sarcasm. Then we got all happy because we clearly do their job better than them and are making a dent if they have to mention little old WeAreChange. All because we brought a lot of transparency to should-be prison tenant, Hillary Clinton and the Clintons’ history of losing documents.

Now the U.S. government wants to censor and criminalize fake news, propaganda on the web despite the fact that they used disinformation and propaganda for years and still can now legally do it with NDAA.

Pope Francis further described disinformation as the greatest harm the media can do because “it directs opinion in only one direction and omits the other part of the truth,” he said.

Oh yeah again disinformation like some shady group that claims 200 websites are run by Russkies or the WMD’s in Iraq that caused the Iraq invasion or CNN’s own camera man lying on live TV? No, Pope Francis a journalist’s job is to dig, dig and dig and to expose the truth no matter what the truth is no matter how dark or scandal filled. Igor Avanchel out Make Journalism Great Again #MJGA

P.S. While we’re at it let’s share some of that forbidden ancient knowledge in the underground miles long Vatican library with the rest of the world.