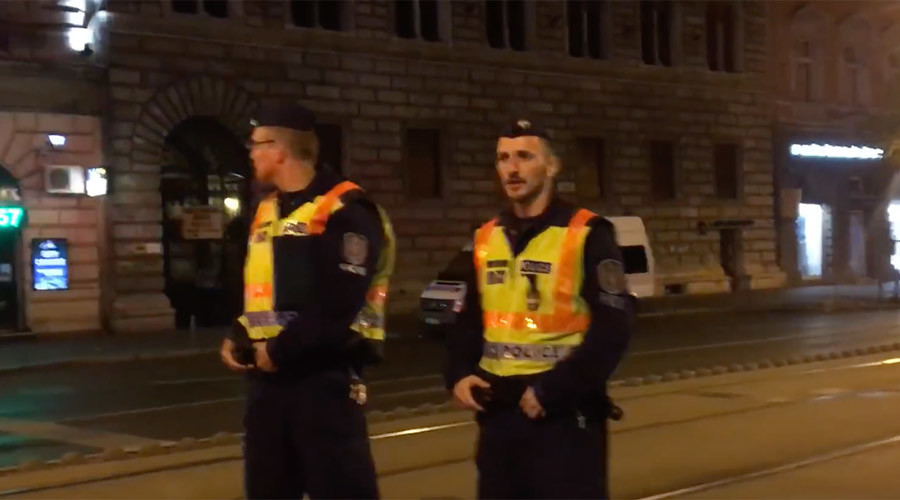 A massive explosion rocked the Hungarian capital Budapest Saturday night. Footage from social media shows a large police presence at the Oktogon intersection. Witnesses have reported several casualties due to the explosion and two injuries are known as of (7:00P.M.) EST reported to be police officers according to Hungarian Blikk daily.

The cause of the explosion is unknown although sky news is reporting that it was a gas leak in a local shop on the ground floor this has not been fully confirmed by police.

According to Twitter members of the public say they are being evacuated from restaurants as police investigate the cause of the explosion fearing the worse they are asking business owners to evacuate their buildings.

One witness described the explosion saying it was strong enough to knock the wall of the building down and windshields of the cars passing by shattered.

“We felt the detonation. I immediately looked out the window, and saw the civil police officers running towards the place of the explosion.  A few minutes later a lot of police officers, ambulance cars and fire brigades arrived. I went down to the street and overheard police officers talking about some bag, and saw a body lying on the ground.  The wall of the building has came off, and the windscreens of the cars passing by also broke out.”

Police have found a home-made nail bomb, after an unknown man tried to throw the home-made device at officers according to witnesses, raising new questions whether or not Saturday’s explosion was terrorism or a gas explosion as previously speculated. The bomb detonated in central Budapest days before a crucial referendum vote on the country’s migration policy.  Some suspect that this attack was a false-flag by the Hungarian government to induce fear before the vote.

“Someone wanted to murder our officers”

Police are searching for a unknown man, thought to be aged 20 to 25 years old who was wearing a white fishing hat at the time of the explosion. It is not known if he has escaped Hungary’s borders or is still in Hungary.

Just heard an explosion in #Budapest and were asked to evacuate the restaurant. Anyone knows anything?

This is the site of the blast, couple of people are on the floor.People are taking care of the injured. Can't see more#Budapest #explosion pic.twitter.com/RuCTZinNN3

(THIS IS A BREAKING NEWS STORY DETAILS WILL BE UPDATED UPON NEW INFORMATION.)