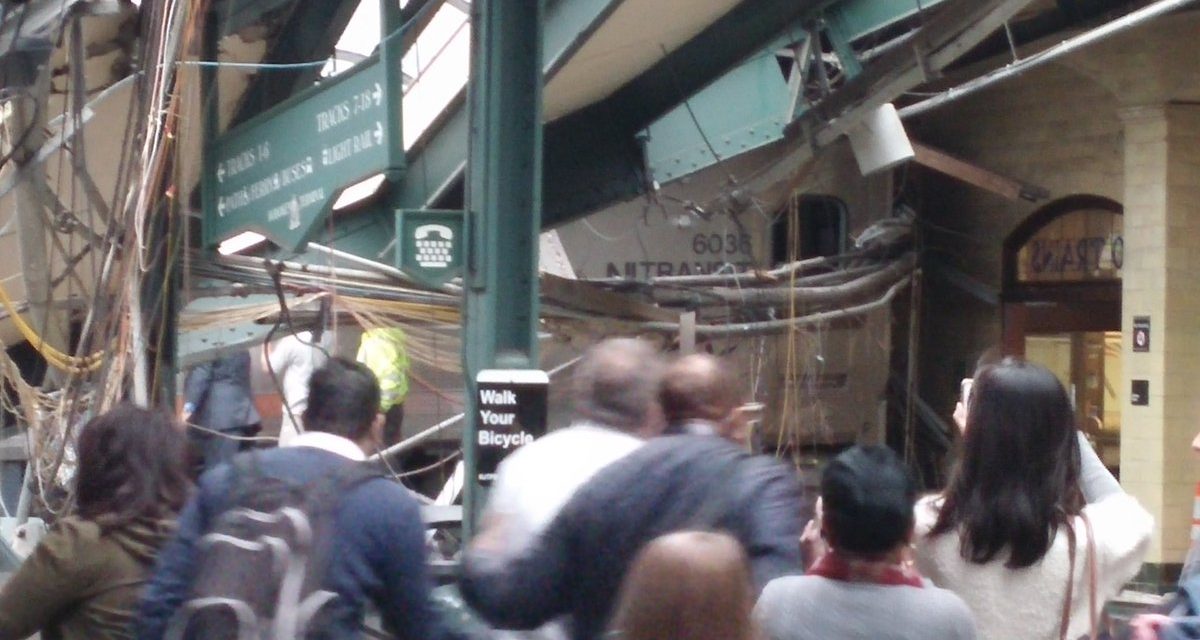 A transit train has derailed in New Jersey at a Hoboken train station, injuring over a hundred people.

The train struck a wall and pillars, causing the roof to collapse on the train after entering the station around 8:30 a.m. Thursday morning. 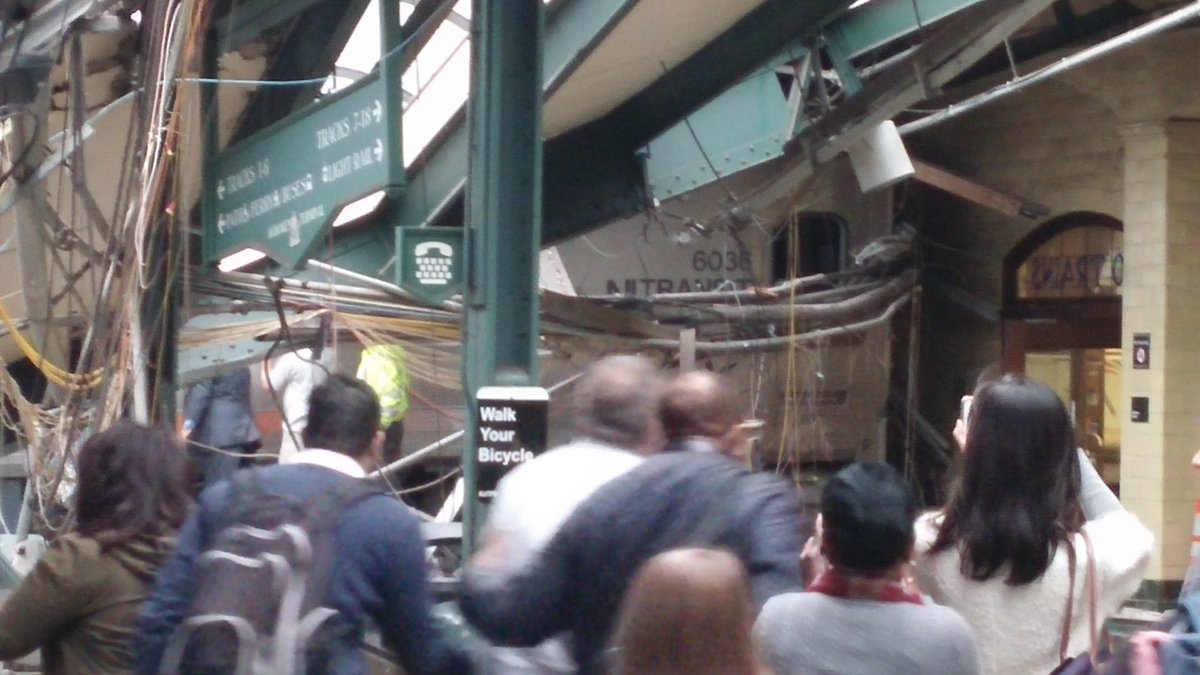 A video inside the station shows catastrophic damage and debris scattered all over as officials are searching for survivors and emergency personnel are rescuing people from the wreck.

Three people have been killed, and more than 100 were injured from the crash.

“We approached the station and the train felt like it never stopped,” Jamie Weatherhead-Sal, who was standing at the door between the second and the third car, told NBC4 New York. “The train just kept going, the lights shut off, people started yelling.”

Another passenger said the “train felt as if it never stopped.”

“It was for a couple seconds, but it felt like an eternity, I saw a woman pinned under the concrete. A lot of people were bleeding, one guy was crying,” said Bhagyesh Sha.

“I was about 30 feet from it, I heard screeching and we saw the train and someone yelled ‘run. We heard the train crash and heard the sound of water as the roof collapsed. People were scrambling and running away from the train.” Hillebrecht said she saw people who were “really hurt” and “some people couldn’t walk.”

NJ Transit has tweeted out alternatives to the railway system saying, Rail service is suspended NJT bus & private carriers as well as NY Waterway ferry is accepting rail tickets and passes as a result of a train accident.

Rail service is suspended in &out of HOB due to a train accident at Hoboken station. (1/2)

NY Waterway ferry is accepting rail tickets and passes as a result of a train accident at Hoboken station.

There is no information yet on what caused the crash but in 2014, an Amtrak train carrying important CEO’s and Bankers derailed in Philadelphia, Pennsylvania around the time when Bankers and CEO’s were being killed to suppress large lawsuits.

Senior FBI Agent, Ted L. Gunderson has previously said before that the elite use trains, plane crashes, etc. – to assassinate individuals instead of murdering them in cold blood.

Was this an assassination attempt of prominent people or simply an accident?

This happened once before in 1996 in Hoboken, NJ, when 200 people were injured and 3 were killed so maybe it is a legitimate non-manipulated accident and possibly the rails should have been replaced and it’s negligence?

It’s important to ask relevant questions and not just become emotionally attached to a situation so the first questions that need to be determined is how did the crash happen – was it an error by the conductor? The next question is who was on the train – were there any deemed important people on the train?

With that said, without supporting factual information, lets not jump to conclusions and speculate, but I still want to see a full manifest of who was on that train. With the investigative mind set out of the way this is a tragedy and I hope that most of these people are okay and sustained minor not critical injuries. No matter how this accident happened any loss of life is always a horrible way to start the day and my condolences are with friends and family members of the three people killed in this incident.

THIS IS A BREAKING STORY, STAY TUNED TO WE ARE CHANGE WE WILL KEEP YOU UP TO DATE AS MORE INFORMATION BECOMES AVAILABLE.