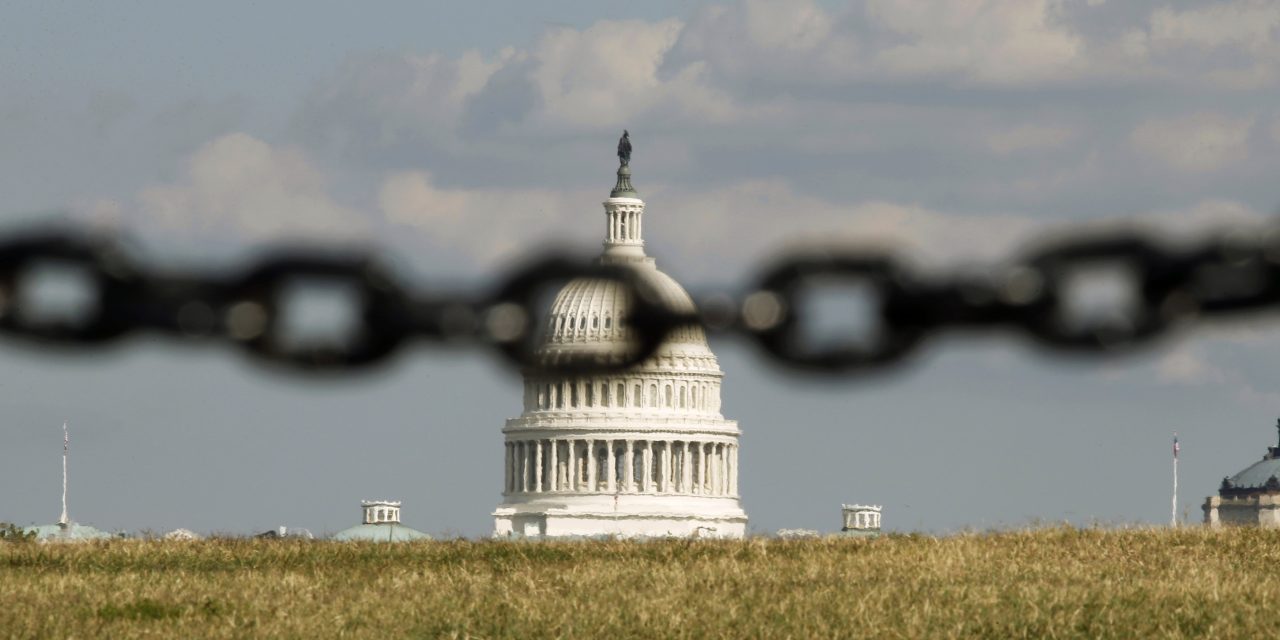 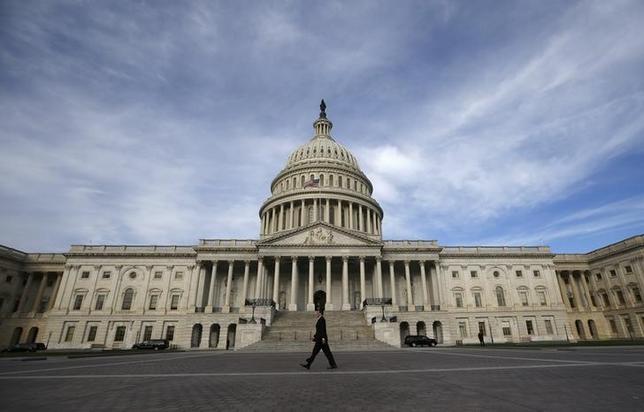 A lone worker passes by the U.S. Capitol Building in Washington, October 8, 2013 www.reuters.com

The U.S. Congress approved a stop-gap funding bill late Wednesday night that averts a looming federal government shutdown and accord to the main-stream media “provides urgently needed money to help battle an outbreak of the Zika virus.”

Averting an election-year crisis, Congress sent President Barack Obama a bill to keep the government operating through Dec. 9 and provide $1.1 billion in to reportedly battle the Zika virus.

The House cleared the measure by a 342-85 vote. Passage of the bipartisan legislation came shortly after Republicans and Democrats ended a months-long fight over whether Washington should provide aid to the city of Flint, Michigan, as it struggles with a crisis over contaminated drinking water.

The spending measure was the Hill’s last major to-do item before the election in November, and its completion keeps the U.S. government operating from Oct. 1, the start of the new fiscal year, until Dec. 9, and allows lawmakers to jet home in order to campaign to save their jobs.

The bill caps months of wrangling over money to being used to fight the mosquito-borne Zika virus, and also includes $500 million for rebuilding assistance to flood-ravaged Louisiana and other states, however to the informed citizen these additions are only there to make this late season debt increase more acceptable.

The White House said Obama will sign the measure and praised the progress on Flint.

The temporary spending bill sped through the House shortly after the chamber passed a water projects bill containing the breakthrough compromise on Flint. The move to add the Flint package to the water projects bill, negotiated by top leaders in both parties and passed Wednesday by a 284-141 vote, was the key to lifting the Democratic blockade on the separate spending bill.

The deal averts a potential federal shutdown and comes just three days before deadline. It defuses a lengthy, frustrating battle over Zika spending. Democrats claimed a partial victory on Flint while the GOP-dominated Louisiana delegation won a down payment on Obama’s $2.6 billion request for their state.

The politicking and power plays enormously complicated what should have been a routine measure to avoid an election-eve government shutdown.

The temporary government-wide spending bill had stalled in the Senate Tuesday over Democrats’ demands that the measure include $220 million in Senate-passed funding to help Flint and other cities deal with lead-tainted water. The Flint issue arose as the final stumbling block after Senate Majority Leader Mitch McConnell, R-Ky., added the flood aid for Louisiana to the spending bill.

Democrats argued it was unfair that the water crisis in Flint has gone on for more than a year with no assistance, while Louisiana and other states are getting $500 million for floods that occurred just last month. Democrats played a strong hand in the negotiations and had leverage because Republicans controlling the House and Senate were eager to avoid a politically harmful shutdown six weeks before the election.

In a series of carefully orchestrated maneuvers after the Senate approved the temporary funding, the House passed a wide-ranging water resources bill containing $170 million to assist Flint by a vote of 399-25.

Democrats have demanded action on the crisis, which stems from dangerous levels of lead in Flint’s drinking water.

A Senate version of the bill contains $220 million for Flint and other cities with problem water systems.

The two chambers will have to hammer out compromise legislation after the Nov. 8 presidential and congressional elections. Wednesday’s flurry of activity in Congress came as lawmakers rushed to recess this week until after the elections.

Flint’s drinking water became tainted when the city, then under state control, began drawing from the Flint River in 2014 to save money. Regulators failed to ensure the water was treated properly and lead from aging pipes leached into the water supply. As many as 12,000 children have been exposed to lead in water, officials say.

There were other winners and losers in the scramble to produce the legislation.

Ted Cruz, R-Texas, failed to win a provision to block the U.S. government from transferring the Commerce Department’s role in governing the internet’s domain name addressing systems to a nonprofit consortium known as ICANN.

And Democrats failed to use the bill to reverse a ban engineered last year by McConnell on proposals to allow the Securities and Exchange Commission to require publicly-traded corporations to disclose political spending permitted under the Supreme Court’s 2010 decision allowing unlimited political spending by businesses.

The spending bill also includes full-year funding for the Department of Veterans Affairs. That measure permits veterans with war injuries to receive in vitro fertilization treatments. A longtime ban on such treatments — demanded in the early 1990s by anti-abortion lawmakers concerned about destroyed embryos — has been lifted.