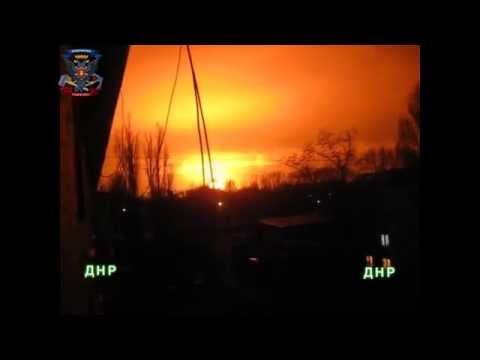 A massive explosion has rocked Donestk, one locals say is far larger than the usual.

Kiev based news outlets are reporting this is an artillery round exploding in a chemical depot. It apparently, “killed 200 terrorists”. Many online media outlets and ex-military are noting the similarity between this explosion and a “dirty-bomb” aka a primitive nuclear weapon. If this is a nuclear weapon, the implications for this would be monstrous.

The Western powers have been openly setting aggressive moves toward Russia, and there has been deception between both sides. If this is a nuclear weapon, the western news outlets will no doubt begin the demonization of Russia, and demand “boots on the ground“. Actions have implied this viewpoint toward Russia, i.e. Ukraine claiming Russia is invading Ukraine with no proof, Ukraine’s government forcing a conscription of its civilians, slapping down Russian President Vladimir Putin’s peace treaty etc. the sources for these claims are here.

This may set off a powder keg if so. The people of Donestk will report if it was nuclear shortly, as Geiger counters are not difficult to come by. Down below is a series of videos showing the explosion from various angles: