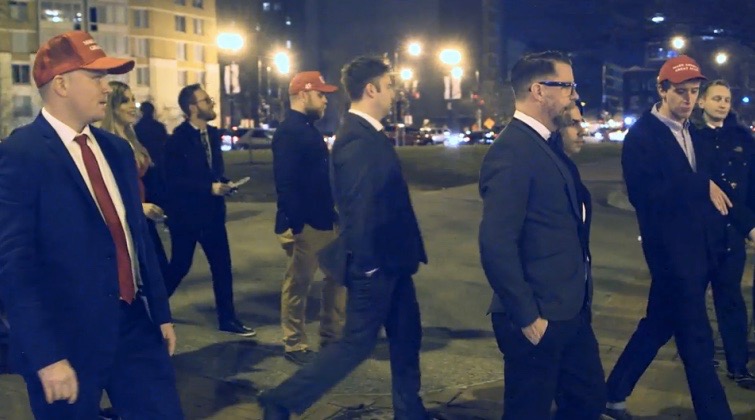 An altercation occurred Thursday night when members of the “Proud Boys” group were confronted by “Antifa” members at a Gavin McInnes speaking event in New York City.

Gavin McInnes & Proud Boys Get Into A Fist Fight And Was Pepper Sprayed.. #GavinAtNYUhttps://t.co/NHCY9sspw2

McInnes wrote on Twitter that he was pepper-sprayed during the altercation:

Thanks for asking if I'm OK guys. I was sprayed with pepper spray but being called a Nazi burned way more. ?

[RELATED: Gavin McInnes Gets Into A First Fight At The ‘DeploraBall’]

McInnes also gained attention when he got into a fist fight on Jan. 19 as the inaugural “DeploraBall” in Washington D.C.

*This story is breaking. We will continue to update as new information is released.