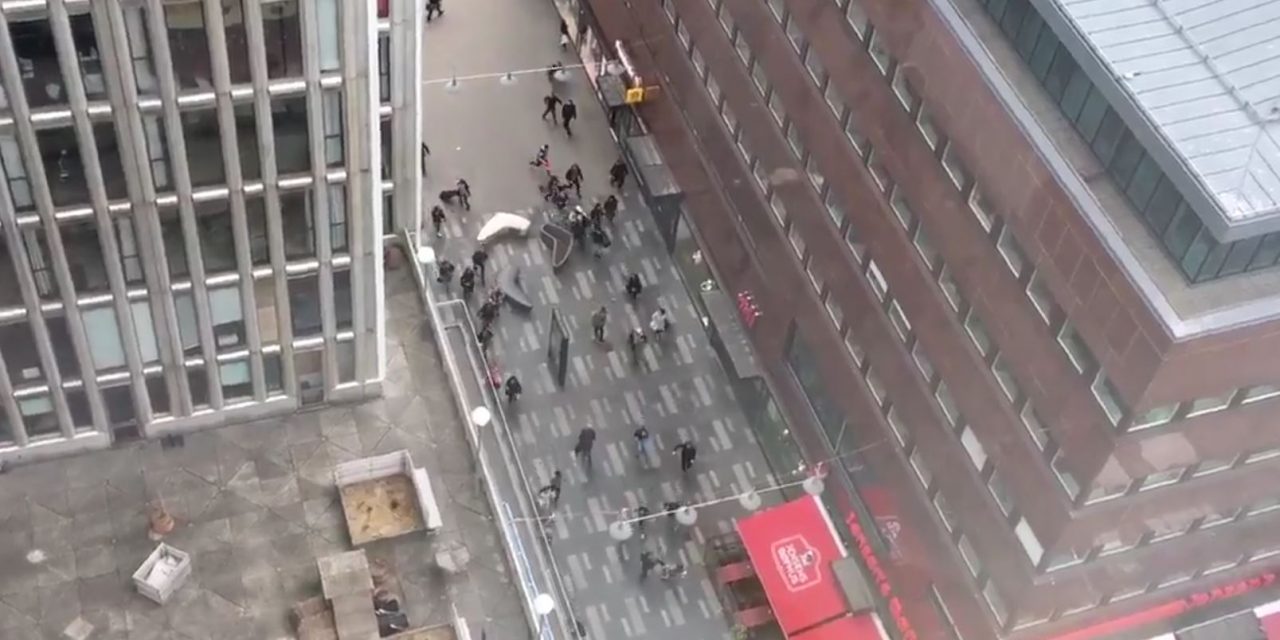 (WeAreChange) — Swedish media is reporting that a person in a truck has injured multiple other people on one of Stockholm’s main shopping streets. Local police have not yet commented on whether the incident could be terror related. They have stated that they want to properly assess the situation before making any claims about today’s actions in Sweden, and whether or not it is a terrorist action.

At least three people have been reportedly killed in the events today. Around 8 have been injured in the attack.

The Swedish Prime Minister is reportedly convinced that this is a terrorist attack. In a report publish by Swedish media, the PM was quoted to say that “Sweden has been attacked. Everything indicates an act of terror.”

The truck used in the attack was reportedly stolen during a delivery: “During a delivery to the restaurant Caliente someone jumped into the driver’s cabin and drove off with the car while the driver unloads,” said Spendrups communications director Mårten Lyth to local media.

Eyewitness reports indicate that there were “people with blankets over them” indicating that there could be pedestrian fatalities caused by the truck. The Swedish police website says that there were also reports of gunfire, but this has apparently not yet been confirmed.

Something's happening on Drottninggatan and around Stockholm. pic.twitter.com/YPbrZSe5Mb

Stockholm police on Twitter are urging local citizens to stay home after the unfolding situation on the Streets of Sweden. According to a translated version of the tweet below: “Police urge people to stay home and avoid the city. Spread this to those you know.”

This page will be updated as new information comes in.

UPDATE #1: 1100 – The truck was rammed into a crowd just yards from the scene of a 2010 suicide bombing that left the perpetrator dead in the middle of the Christmas shopping rush.

UPDATE #2: 1542 – Four people have been reported dead, one suspect has been arrested. The possibility of more than one attacker has not been ruled out