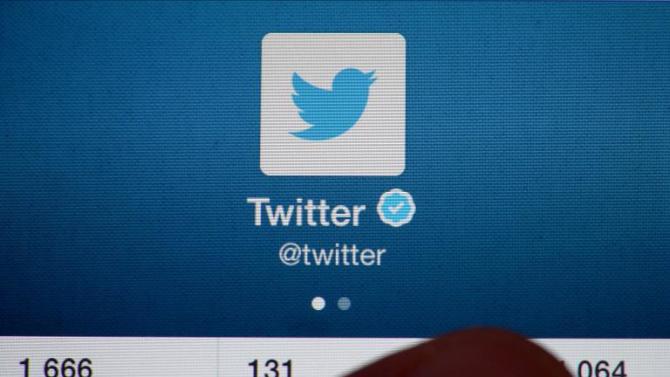 People found guilty of Internet “trolling” in Britain could be jailed for up to two years under government proposals outlined, following a number of high-profile case of abuse on Twitter (AFP Photo/Damien Meyer)

London (AFP) – People found guilty of Internet “trolling” in Britain could be jailed for up to two years under government proposals outlined on Sunday, following a number of high-profile cases of abusive and threatening behaviour on Twitter.

Justice Secretary Chris Grayling told the Mail on Sunday newspaper: “This is a law to combat cruelty — and marks our determination to take a stand against a baying cyber-mob.”

There has been increasing concern in Britain about the growing scourge of Internet “trolls” who post hate-filled messages on social media, often threatening their targets.

The parents of missing girl Madeleine McCann are among the most recent victims, and last month a man was jailed for 18 weeks for what prosecutors described as “a campaign of hatred” against a female lawmaker.

“These internet trolls are cowards who are poisoning our national life. No-one would permit such venom in person, so there should be no place for it on social media,” Grayling said.

“That is why we are determined to quadruple the current six-month sentence.”

Victims have long been calling for police and prosecutors to take online abuse more seriously and lawyers had anticipated an increase in sentences for those convicted of trolling.

“There is a public interest in having people put away for a long time,” Chris Holder, of London law firm Bristows, told AFP earlier this month.

“It is putting someone in fear of their life and fear of physical harm. I think the law will develop and the sentences will go up and up.”

However, some lawyers and freedom of speech campaigners have warned that criminal sanctions should be the last resort.

“Do we want to criminalise every social conduct that we find problematic?” Barbora Bukovska, a senior director at campaign group ARTICLE 19, said earlier this month.

Prosecutions can currently be brought under a number of different laws, but the Crown Prosecution Service (CPS) last year introduced guidelines to address any confusion.

It said messages sent via social media could be a criminal offence if they contain “credible threats of violence” or target an individual in a way that “may constitute harassment or stalking”.

The government proposes to amend two existing laws to extend the maximum jail term and also the time limit for prosecutions, from six months to three years.