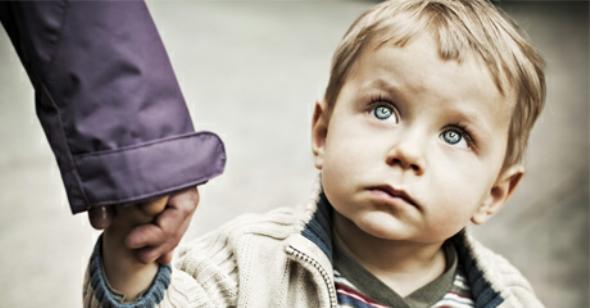 California Sen. Richard Pan has decided to deal with the issue of systematic child abuse by the government with his new “bill of rights for children.”

Well, at least it would do that if he cared about the well-being of children.

The bill, S.B. 18, would codify the Bill of Rights for Children and Youth in California. It’s a mixture of double speak and unrealistic aspirations that could allow for the infinite growth of government.

The bill was introduced this month by Pan, the pediatrician and state senator who sponsored the 2015 law that eliminated “personal belief” exemptions from state immunization requirements for children enrolled in school or day care.

Though the bill is a whopping one page, every detail is so obscure that it can allow for the creation of hundreds of government programs that will help “promote the well-being of children.”

Rather than summarizing someone else’s summary of the article—as most news outlets do—I’ll be directly quoting the bill.

For the sake of providing a clean article that’s highly referenced but free from 600 hyperlinks, all sources can be found here.

“SB 18, as introduced, Pan. Bill of Rights for Children and Youth in California.

Existing law provides for the care and welfare of children and youth in various contexts, including, but not limited to, child welfare services, foster care, health care, nutrition, homeless assistance, and education.”

I’m glad Pan decided to start off with the government programs that already exist. As I wrote about in my book Legally Kidnapped: The Case Against Child Protective Services, the government’s promotion of child welfare through foster care, healthcare and education has been abysmal.

So, if Pan wants to use the state’s great track record of “taking care of foster children” as an example, we have a lot to be worried about.

Getting back to the bill:

Well, that’s ominous. According to the government, in order to ensure “healthy attachments with adults,” they’ve placed over 400,000 children in Child Protective Services care in the United States.

As shown by the statistics above, these children are regularly beaten, drugged, and sexually molested. Worst of all, a good number of these children are stripped from homes because the parents smoke marijuana, leave their kids outside, or homeschool their children.

“(3) The right to live in a safe and healthy environment.

(4) The right to social and emotional well-being.

(5) The right to opportunities to attain optimal cognitive, physical, and social development.”

I do wonder how public education has provided for the emotional and social well-being of children. As psychologist Peter Gray put it:

“If freedom, personal responsibility, self-initiative, honesty, integrity, and concern for others rank high in your system of values, and if they represent characteristics you would like to see in your children, then you will want to be a trustful parent. None of these can be taught by lecturing, coercion, or coaxing. They are acquired or lost through daily life experiences that reinforce or suppress them. You can help your children build these values by living them yourself and applying them in your relationship with your children. Trust promotes trustworthiness. Self-initiative and all of the traits that depend on self-initiative can develop only under conditions of freedom.”

School is more analogous to prison than an environment that promotes individuality, integrity or self-guided learning.

Much like in prison, those who do not fall in line are punished. Sadly, often that means feeding children psychiatric medication. Take a look at those numbers. Really take them in.

Do we want to take advice from a government that not only allows for this, but subsides it?

Is this what the government means by “opportunities to attain optimal cognitive, physical, and social development?”

Going back to the bill:

“(6) The right to appropriate, quality education and life skills leading to self-sufficiency in adulthood.”

In order to not repeat myself, I’m going to put together the above portion of the bill with this other portion:

“(b) Determine the amount of revenue and resources necessary to ensure that the Bill of Rights for Children and Youth of California, in its totality, is applied evenly, equitably, and appropriately to all children and youth across the state.

(c) Identify and obtain the revenue and resources necessary to ensure that the Bill of Rights for Children and Youth of California, in its totality, is applied evenly, equitably, and appropriately to all children and youth across the state.”

Alright, let’s talk about revenue, funding and education. Though there’s a perpetual myth that public schools are underfunded, that has been disproved time and time again. Moreover, no amount of extra funding seems to help the situation. There is no correlation between an increase in school funding and positive educational results.

Also, when it comes to determining the amount of “revenue and resources” to cover government projects, the California government is one of the least fiscally responsible states in the U.S. Even though they have the highest GDP of any state in the union—while also having some of the highest taxes in  the U.S.—they remain 443 billion dollars in debt.

So, are we really going to look to the California government to be economically responsible?

“Of all tyrannies, a tyranny sincerely exercised for the good of its victims may be the most oppressive. It would be better to live under robber barons than under omnipotent moral busybodies. The robber baron’s cruelty may sometimes sleep, his cupidity may at some point be satiated; but those who torment us for our own good will torment us without end for they do so with the approval of their own conscience.”

We have centuries of evidence showing that government fails to provide the necessary resources to provide for a prosperous, creative and individualistic society. Because all you need for that is the government to get out of the way. Though as nice sounding as it is, the California Bill of Rights for Children could do more damage than a large fleet of angel dust dosed motorcycle riding parents on a crusade to drug kids. 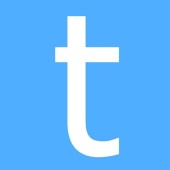