Can Nevada’s David Lory VanDerBeek Make It To the White House Kill List? 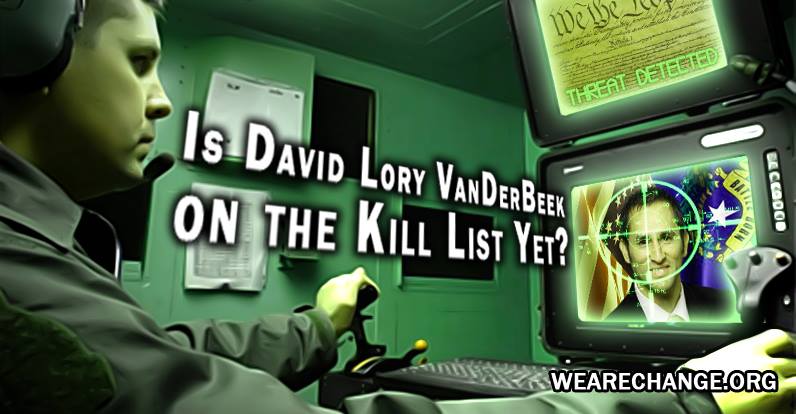 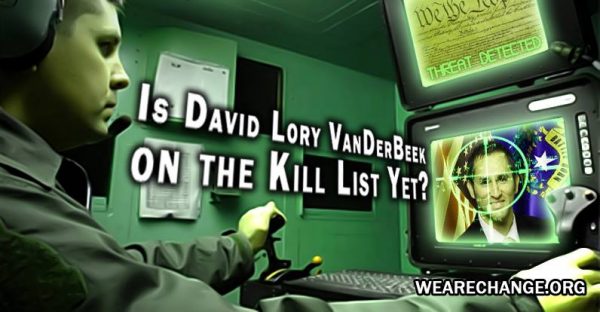 David VanDerBeek wants to govern Nevada. Should he?

David Lory Van DerBeek is running for governor of Nevada. You might have heard of him if you’re deep into alternative media. He broke a story on FEMA’s planned (and scrapped) “zombie drill” in Idaho this summer, and was cited on InfoWars.com for it. He’s posted dozens of youTube videos, some of which have over a hundred thousand views. He ran for U.S. Senate in 2012, and got 49,000 votes out of about a million cast. He’s a strict constitutionalist and liberty advocate. He’s not a Democrat or Republican, or even a Libertarian; he’s an independent, running on the Independent American Party’s ticket.

I had the chance to speak with him last week on issues of interest to We Are Change, expounding on diverse topics such as amnesty for non-violent drug dealers, restrictive business regulations, anonymous hackers, and his thoughts about Barack Obama’s presidency. First, though, I asked him how he came from nowhere and earned as many votes as he did. He’s said many times in videos and speeches that he spent under $650 to advertise his senate campaign.

Before he answered, he first let me know that he was robbed of votes by a rigged system, saying, “I don’t believe I got that many votes. I believe I was permitted that many votes by the voting machines.” One of his cousins, voting near Reno, reported that his name didn’t appear on the voting machine. However, the cousin’s wife was able to vote, using another machine. David doesn’t know the extent of the problem, but told me that he thinks his votes were capped at 4.9% of the vote because getting over 5% would have allowed him a slot on televised debates among candidates in future elections. This time, he is encouraging what he calls “patriot hackers” to make sure the vote is clean.

He got as many votes as he did by going out and talking to people. He talked to workers, business owners, and community leaders about his dream of letting Nevada become the first free state in the USA.

In discussing current issues, I asked him about high unemployment and what he could do as governor to help people become entrepreneurs. He feels that the very regulations that are meant to protect customers from nefarious business practices instead end up being bought and paid for by large, lucrative companies and end up giving them license to…do nefarious things. Also that in many areas, the cost and difficulty of setting up shop make it daunting and unprofitable for many ambitious people to become self-employed.

He’s big on amnesty for people in trouble with the law over certain matters, notably non-violent drug offenders, hemp producers, liberty-minded hackers and whistleblowers. In his words,

He mentioned wanting a guy like Snowden working on net security for Nevada, and would invite Snowden to live in peace as a free man in Nevada.

On the topic of Barack Obama, VanDerBeek is passionate. He firmly believes the president belongs in prison, and lists several reasons in a YouTube video called “Mr. Obama, Put Me On the White House Kill List Now.” It’s a jaw-dropper with some harsh allegations, including the charge that no genuine American birth certificate has been presented, and that President Obama is living dishonestly as a closeted gay man and a secret Muslim, not a Christian.

I asked him whether expressing such extreme views is likely to win the hearts and minds of the bulk of American voters. He corrected me, saying he doesn’t believe his views are extreme:

“I don’t think there’s anything conspiratorial about King George. It was a monarchy, and it was part of history that a king had control over our nation and we revolted. I don’t think it’s a big leap to say we went from a monarchy, and now we have a financial oligarchy.”

He’ll have a tough job convincing mainstream media followers of that, but perhaps as truth advocacy grows and the “dumbed-down” are wising up, alternative media will play a bigger role in educating voters on political candidates and their platforms. He told me that Alexa.com, which measures traffic on web domains, shows his NevadaGovernor2014.com got more traffic than sitting Nevada governor Brian Sandoval’s did. He regrets widespread ignorance, saying “the problem is that the average American doesn’t research.”

He’s an admirer We Are Change, he’s on board with 9/11 truth, studying the Bilderbergers, and revealing the banking cartels, among other issues. He said, “I’m with We Are Change in exposing those kinds of things,” and expressed admiration for Luke’s assertive advocacy for truth and transparency.

In an email follow-up to our conversation, David re-capped his recent claim that the sitting governor of Nevada, Brian Sandoval, is a criminal who belongs in prison. In David’s words,

“The essence of the crime was to place people in the right positions in government to secure the theft of Nevada’s money. This wasn’t an overnight crime. It was carried out over a series of years. But that is precisely what incremental socialism is. First, the wealth is socialized into the government and then it is privatized by large, multinational corporations. Brian Sandoval has been aware of this crime since its inception and that is doubtless why he was supported as Attorney General and how he became Governor. He has known about this crime for over a decade and it is still ongoing yet he has doing nothing to stop it according to his legal duty. Why would he do nothing? Because he is benefiting from the crime and he is a part of it.”

If you want to be the change, you have to do something! Most Nevadans can catch a few tips on David’s TV show, which airs weekly in southern Nevada,”Occupy Freedom,” with archived episodes online.