VIDEO: The Case For Guns At College 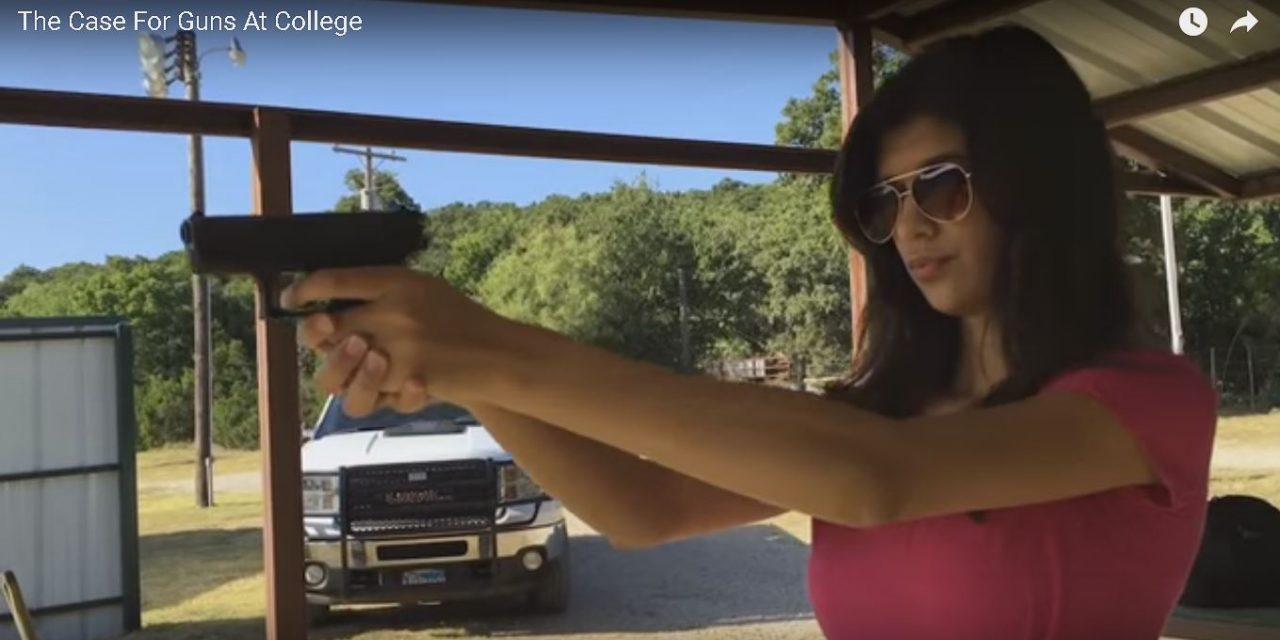 The United States is seeing a record-breaking number of background checks for gun sales, Texas just became the eighth state to enact a “Campus Carry” law, and women are currently the fastest growing group of gun-owners in the U.S.

So, what is all of the hype about?

July marked the fifteenth straight month of record federal background checks for gun sales in the U.S. with over 2.1 million. That’s an increase of nearly 600,000 compared to June. It also brings the total to over 16 million background checks in 2016.

In Texas, a new law legalizing “campus carry” went into effect on August 1. With this law, Texas joins seven other states allowing licensed indivuduals to carry a concealed weapon on the campus of a public university, in the areas where that university has deemed it allowed.

Now, it’s important to remember that in order to obtain a License to Carry a handgun in the state of Texas, you must be 21 years old, and you must pass a background check, and a 6-hour course, which includes a written test and a shooting test.

It’s also important to remember that while public universities in Texas can set aside athletic facilities or certain buildings as areas where concealed carry is not allowed, they cannot outlaw it altogether.

While “Open Carry” did become legal in Texas on January 1, the law does not apply to college campuses. If you have a license to carry a handgun, that gun must be concealed when you’re on campus, which means that the only time people around you should know that you have it is if you have a reason to use it.

Now, a lot of times when people talk about campus carry, they bring up the fact that carrying a concealed weapon can give you a greater chance of survival if a mass shooting were to occur on campus or in the classroom.

But that’s not the first thing that comes to my mind, and I’m not alone.

According to the National Shooting Sports Foundation, women are the fastest growing group of gun-owners in the U.S., and 42 percent of the women who own guns, own at least three.

As both a college student and a woman, when I think of why I would want to carry a gun on campus, or in my everyday life, I think about basic self-defense.

I think about the times when I am the most vulnerable, when I am walking to my car after a long day of work, or I’m stuck on campus late trying to finish an assignment. I think of my chances against a man twice my size. I think about how I would react if the police weren’t able to get there in time.

I think now, not because I want to live my life in fear, but because I want to be prepared. I prepare now, because I ever want to be caught in a position where I am a victim. We live at a time when a record-breaking number of Americans are asserting their Second Amendment rights, and it’s more important now than ever to know your state’s laws and how they apply to you.