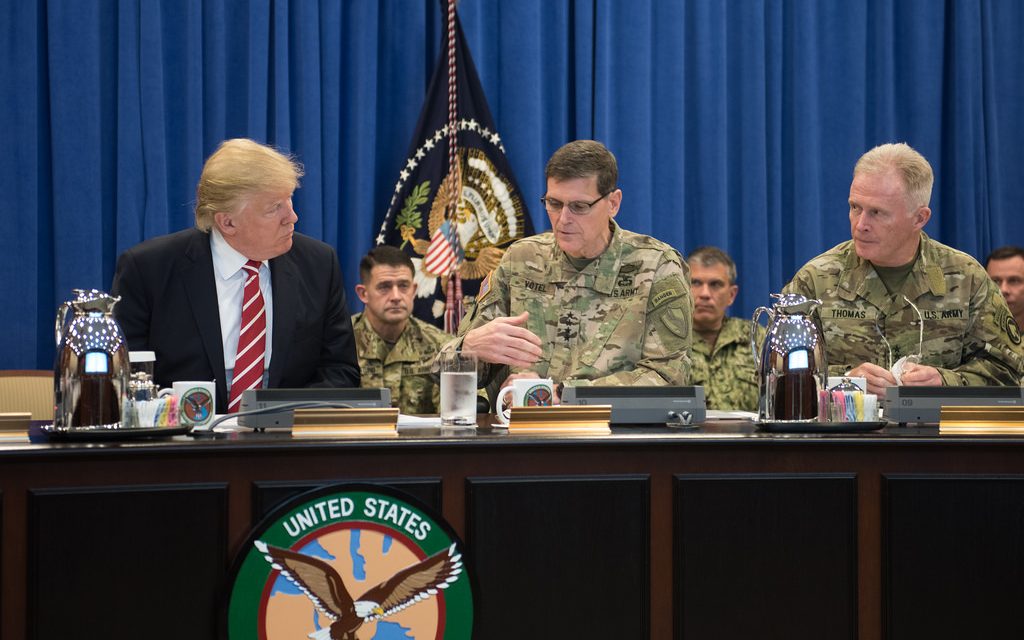 Speaking today to the Senate Armed Services Committee, Centcom Commander Gen. Joseph Votel confirmed that he “expects” that more US ground troops will be deployed to Afghanistan soon, though he insisted the exact details are still being worked out.

Votel indicated that the additional troops, once sent, would be used to “improve” the capabilities of Afghan forces on the ground. He said he also agrees with Gen. Nicholson, who last month said he wants “a few thousand” more troops in Afghanistan.

The US was supposed to have completed its pullout from Afghanistan by now, though this was repeatedly pushed back during the Obama Administration’s waning years, and ultimately halted. All indications from Pentagon figures since are that they envision troop levels growing from this point.

This reflects the reality of how poorly the war is going, with recent assessments showing the Taliban has more territory now than at any time since the 2001 occupation began, and that Afghan security forces continue to lose ground at an alarming rate.

US officials were previously hyping vague “progress” in Afghanistan, but are now more worried about preventing an outright loss of the country, which means continuing to throw more troops at the situation.