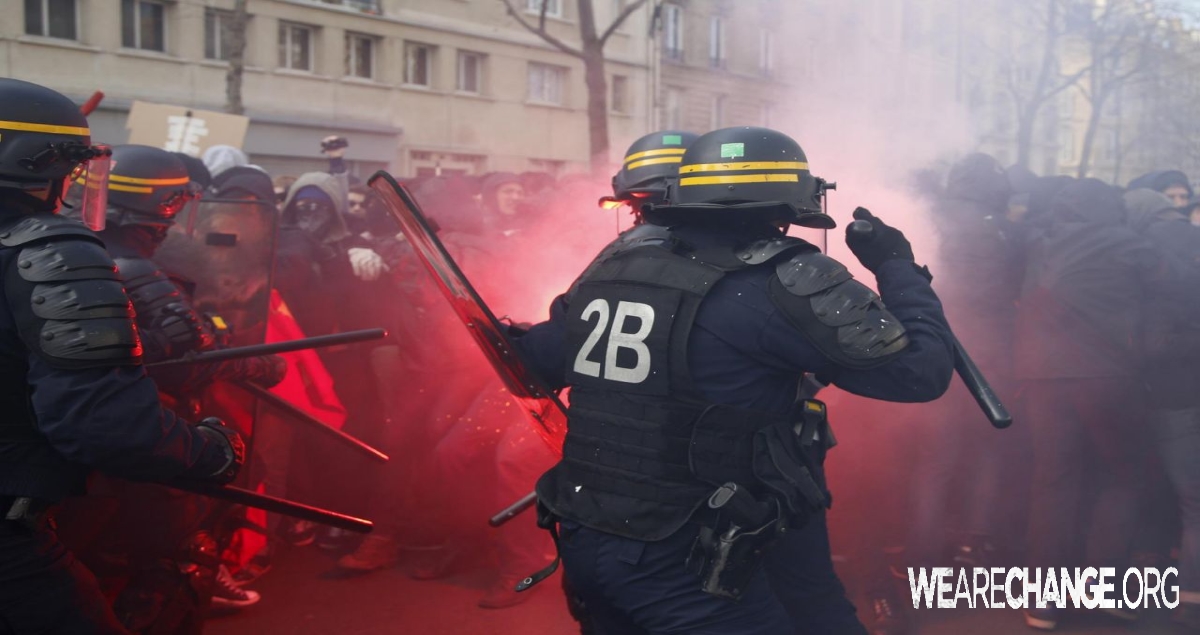 Images of striking workers clashing with police in northern France on Wednesday dramatically capture how much the conflict over controversial labor reforms in the country has escalated. 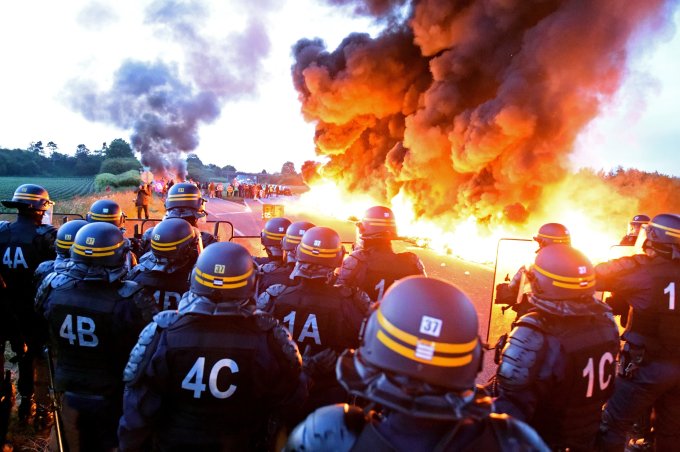 French gendarmes observe striking workers near the oil refinery at Fos-sur-Mer, France, on May 24, 2016.

The protests began earlier this month, when France’s Socialist government forced through a labor reform bill that makes it easier for companies to hire and fire employees and relaxes regulations protecting workers’ pay and working hours.

Opponents of the reforms accused the government of using anti-democratic means to push them through without a parliamentary vote. Activists held demonstrations and one of France’s largest labor unions, the CGT, called for nationwide strikes.The work stoppages have hit France’s oil infrastructure particularly hard. Protests and blockades have disrupted all eight of the country’s fuel refineries, and at least one-fifth of gas stations around the country have totally or nearly run out of fuel.

On Wednesday, the French government released its strategic oil reserves for the first time in six years to help alleviate the fuel shortages, assuring the country that these reserves could last for more than three months.

French citizens debated the strikes on social media, some using the hashtag #JeSoutiensLaGreve (I support the strike).

The French government has refused to accept labor groups’ demands to roll back the reforms, saying they are necessary to reduce a troubling unemployment rate that hovers around 10 percent. Officials also say the reforms were amended based on feedback from several unions that now back the bill. 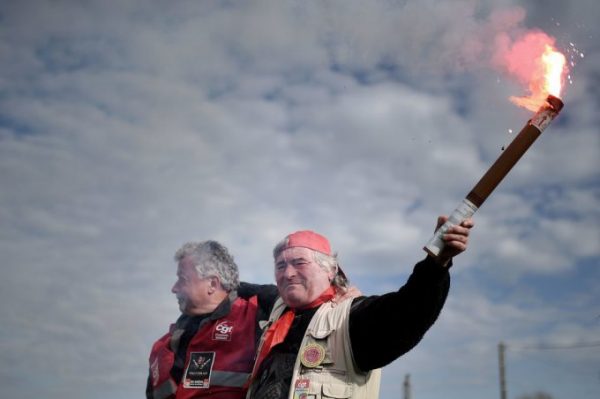 An employee of the France’s national state-owned railway company (SNCF) raises a flare as they block the access to an oil depot near the Total refinery of Donges, western France, on May 25, 2016 to protest against the government’s planned labour law reforms.
France has been using strategic fuel reserves for two days in the face of widespread blockades of oil depots by union activists, the head of the oil industry federation said on May 25, 2016. / AFP / JEAN-SEBASTIEN EVRARD (Photo credit should read JEAN-SEBASTIEN EVRARD/AFP/Getty Images) 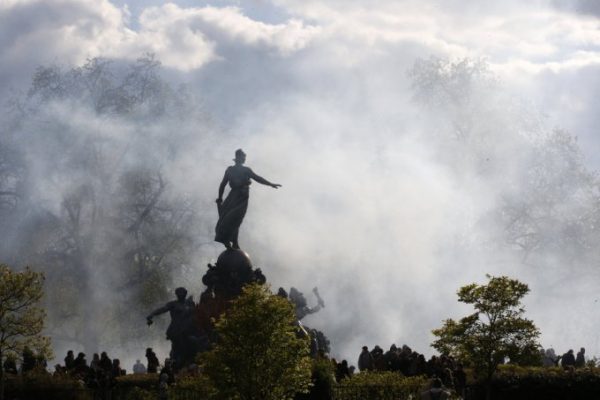 A cloud of tear gas is seen around the statue of the Place de la Nation during clashes between youths and police during a demonstration against the French labour law proposal in Paris, France, as part of a nationwide labor reform protests and strikes, April 28, 2016. REUTERS/Philippe Wojazer TPX IMAGES OF THE DAY 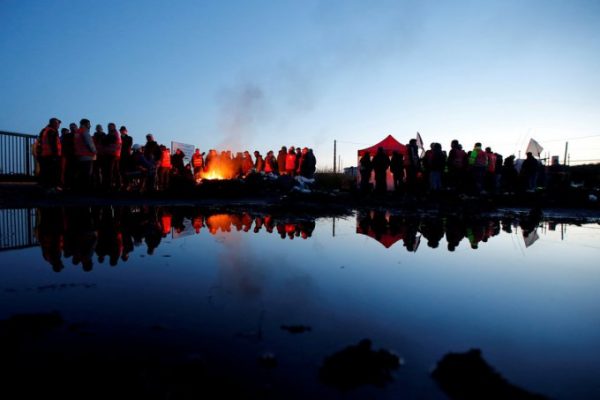 French workers and protestors stand near a burning barricade to block the entrance of the deposit of the society SFDM near the oil refinery of Donges, France, May 23, 2016. REUTERS/Stephane Mahe/File Photo 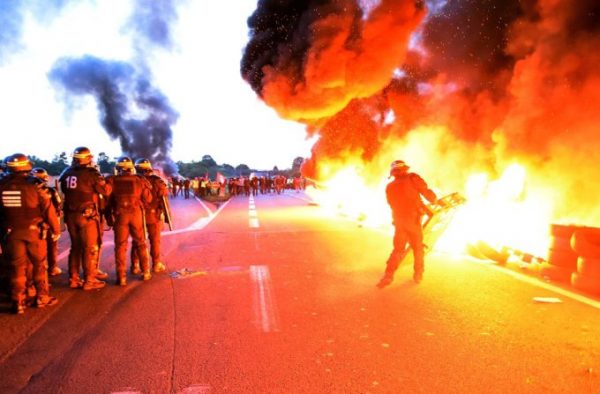 Riot police prepare to intervene to disperse refinery worker holding a blockade of the oil depot of Douchy-Les-Mines to protest against the government’s proposed labour reforms, on May 25, 2016.
Refinery workers stepped up strikes that threaten to paralyse France weeks ahead of the Euro 2016 tournament as the government moved to break their blockades, escalating a three-month tug-of-war over labour reforms. / AFP / FRANCOIS LO PRESTI (Photo credit should read FRANCOIS LO PRESTI/AFP/Getty Images)