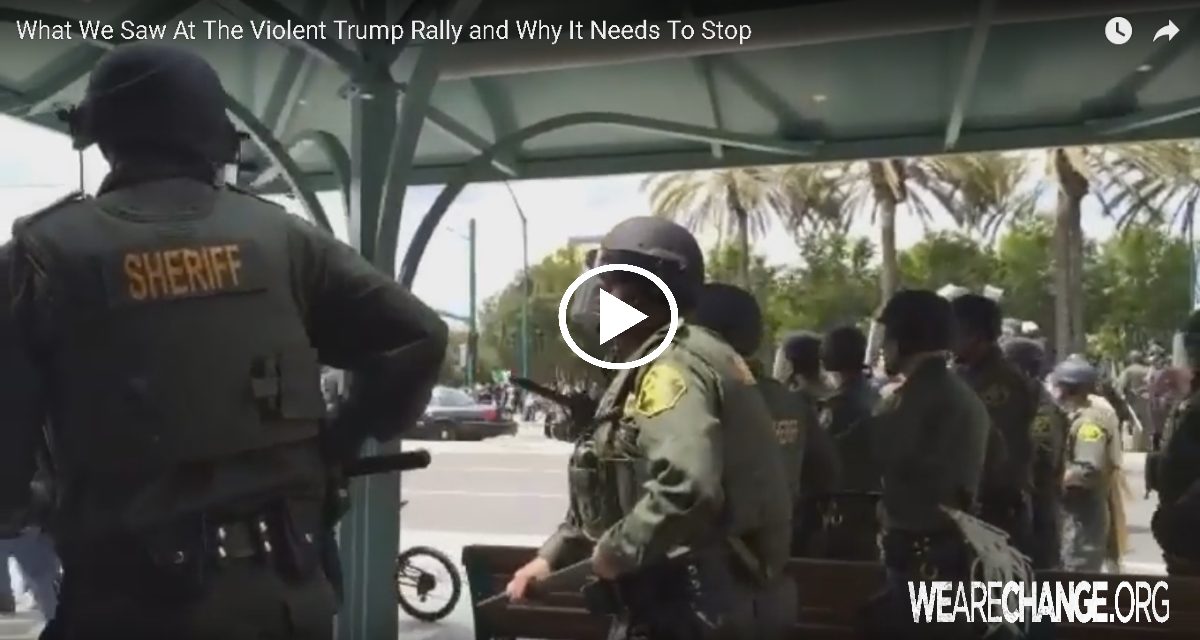 A trump effigy was just destroyed at the anti trump rally in Anaheim pic.twitter.com/Ad9zzvxQ3s

The man in the blue shirt was tackled and carried out of the Trump rally b/c he was recognized as an activist pic.twitter.com/5leSsOzsJ6

Covering the Trump Rally in Anaheim today, watch it all on SnapChat LukeWeAreChange @ Anaheim… https://t.co/qJ64XjkN7b