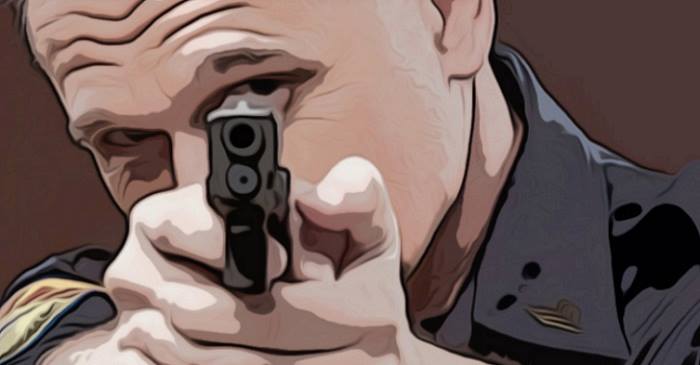 Article via The Anti-Media by Josie Wales

The former Chicago police officer accused of murder in the shooting death of 17-year-old Laquan McDonald has been charged with 16 additional counts of aggravated battery with a firearm.

The new charges against former officer Jason Van Dyke were issued by a grand jury and unsealed Thursday by a special prosecutor, according to local media. Van Dyke also faces six counts of murder and one count of official misconduct. Special prosecutor John McMahon assured the court the new charges were not an attempt to correct what the defense has called errors in the initial charges. He gave no other explanation for the move.

On October 20, 2014, at approximately 10 pm, Officer Jason Van Dyke unloaded his service weapon into the teenage boy until he lay dead in the street. The autopsy report showed Van Dyke shot him in the scalp, neck, both sides of his chest, back, both arms, and his right hand and leg. Van Dyke claimed the boy tried to attack him and fellow officers on the scene — who corroborated the story — accusing McDonald of “aggravated assault.” One report even claimed Van Dyke was “injured by [the] offender.”

Hundreds of pages of police reports show Van Dyke and at least five other officers claimed McDonald was the aggressor. The records also showed dash cam footage was recovered from at least two police vehicles on the scene, one of them Van Dyke’s, and the recovered footage was “found to be consistent with the accounts of all the witnesses.”

And all of it was a lie.

While video footage from five vehicles was downloaded for investigators within 24 hours of the shooting, the city fought to keep the recordings under wraps but was finally forced by a judge to make them public 13 months later. The video showed McDonald was not attacking anyone, but rather, walking away from police when Van Dyke opened fire six seconds after arriving on the scene, firing 16 bullets in 15 seconds.

The release of the footage sparked mass protests and led to an investigation of the Chicago police department by the U.S. Department of Justice, which exposed a blatantly corrupt and excessively violent police department.