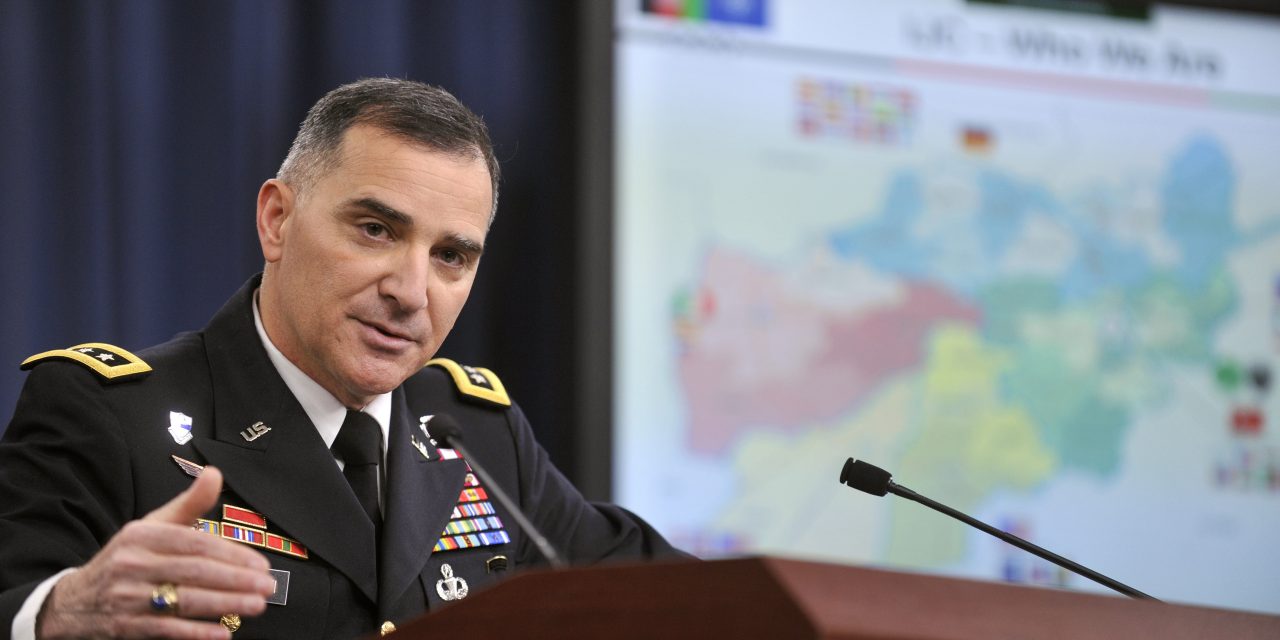 In the past few months, US officials have increasingly found it convenient to blame Russia for anything that goes wrong, no matter how little credibility such an accusation has.

NATO’s Supreme Allied Commander, US Gen. Curtis Scaparrotti, may have gone the farthest, however, saying that it was conceivable that Russia was providing unspecified “supply” to the Afghan Taliban.

Gen. Scaparrotti told the Senate Armed Services Committee that he had “seen the influence of Russia of late,” and that “perhaps” this included supplies, though he neither offered any details on what sort of supplies he was accusing Russia of “perhaps” giving the Taliban, nor any evidence that anything he said was true.

There is plenty of reason to believe it isn’t true, however. Russia fought a long, unsuccessful occupation of Afghanistan itself in the 1970s and 1980s, against a US-backed Islamist force that eventually became the Taliban.

Since the US occupation began in 2001, Russia has publicly supported the US, and at times like the US and NATO use their territory for a supply route.

There were reports of Russia trying to send out feelers to the Taliban and other factions in Afghanistan when NATO started talking up their withdrawal from Afghanistan, as Russia has a defense deal with some of Afghanistan’s former Soviet neighbors, and is extremely concerned about the war spreading across central Asia.

Such efforts likely have been abandoned, however, with the US extending its occupation more or less permanently, and ensuring that the Taliban will be busy for quite some time.