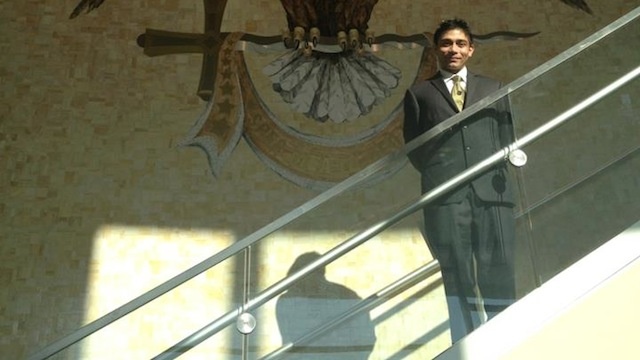 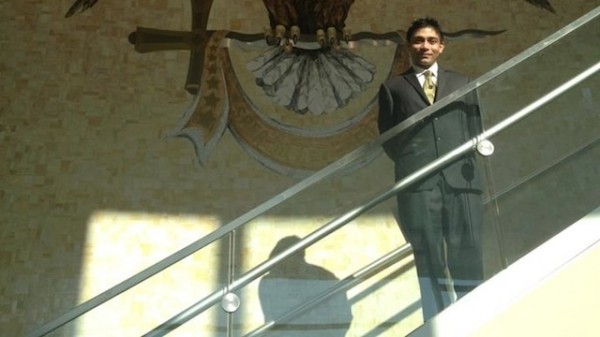 Angel Perez’s story about how he was treated at the hands of Chicago police officers sounds like a horror story from the days when crooked cop Jon Burge tortured the city’s citizens with impunity. But the incidents in question happened just 15 months ago—and, Angel claims, the officers who abused him are still out there.

In October 2012, the 32-year-old aspiring documentary film producer says, he was beaten and sodomized with a gun by Chicago police officers until he agreed to be a drug informant. His story received some media attention when a Courthouse News write-up appeared last year after Angel filed a federal lawsuit against his abusers, but VICE is the first outlet he’s spoken to publicly about the incident.

“I can’t have this happen to someone else if I can stop it,” Angel told me, opening up about his experience against the advice of his lawyers, who’d prefer him to only do his talking in court. He has a decent chance of procuring a settlement, but told me, “Money is not justice… I want these guys to be off the job, charged for what they did, and given jail time.”

Angel has grown frustrated with the lengthy and agonizing legal process and has little faith that the justice system will hold his abusers accountable. If the past is any indication, it’s unlikely they’ll face any repercussions.

He does have an unusual ally in his corner, a retired 35-year veteran of the Chicago Police Department who asked to go by “Tony” instead of his real name for fear of harassment from the cops who tortured Angel. The two became friends when Angel was putting together a book and documentary about the Jon Burge torture scandal, which he suspects is the reason officers targeted him so aggressively.

“I believe I am the first person in Chicago history to have an officer on his side for any brutality issue,” said Angel.

Tony told me that based on his experience on the force he wasn’t surprised by the behavior of the officers Angel describes. “There’s a lot of good policemen. Some of my best friends are policemen,” he said. But he estimates that around “20 percent are like these guys that destroyed Angel.” (Calls to the Chicago Police Department requesting comment were not returned.)

Angel’s nightmare began on October 20, 2012, when, he alleges, he was pulled over by two plainclothes officers while working as a driver for Castillo Delivery Service. The officers handcuffed Angel and drove to the police station, where they interrogated him for two hours about drug dealings and robberies he insisted he knew nothing about. The cops specifically wanted information about a contact in Angel’s phone named “Dwayne,” but he refused to tell them anything. Eventually they let him go but not before threatening to harass him every day until he told them what they wanted to hear.

Angel told me Dwayne was his pot hookup. “As a writer, I occasionally smoke pot,” he admitted. “But who doesn’t?” He recalled that one of the officers asked him for writing advice, which led him to believe that they knew about his documentary work involving the department. “I don’t remember ever telling him I was a writer,” Angel said.

The next day, Angel told me, he was at Tony’s house when he got a call from officer Jorge Lopez, one his of interrogators. He instinctively put Lopez on speakerphone. To his surprise, the cop apologized for the way Angel was treated, calling it “a mistake” and asking Angel to meet him nearby to fill out paperwork to prevent his car from being towed.

When Angel arrived, he was again detained, this time by Lopez and a second officer who at the time went only by “Sergeant.”

Angel would later learn from court papers and photographs that this was Sergeant Matt Cline, the son of former Chicago Police Department Superintendent Philip Cline, who resigned in shame in 2007 over several high profile allegations of police brutality.

The two cops drove Angel to the police station, where, he alleges, he was handcuffed to a wall and shackled by the ankles. They demanded Angel participate in a drug sting against Dwayne. When he refused they contorted his shackled body, causing excruciating pain. This went on for several hours.

“At one point, the Sergeant sat on the plaintiff’s chest and placed his palms on the plaintiff’s eye sockets and pushed hard against them,” according to the complaint Angel filed in court. “The Sergeant also drove his elbows into plaintiff’s back and head causing severe pain. Defendant Lopez was in the room at the time and did not intervene.”

According to Angel, once the cops realized that he wasn’t going to cooperate, they cranked up the torture. They said they were going to give him a “little taste” of jail life, then they bent him over a chair and pulled down his pants as Lopez taunted, “I hear that a big black nigger dick feels like a gun up your ass.”

Next, one of the officers (Angel suspects it was Cline) “inserted a cold metal object, believed to be one of officer’s service revolvers, into the plaintiff’s rectum.” The complaint continued: “The two officers laughed hysterically while inserting the object” and Sergeant Cline joked, “I almost blew your brains out.”

The officers threatened to sodomize Angel again if he didn’t comply. Crying and terrified, the prisoner obliged. He contacted Dwayne and purchased heroin. The police demanded he offer to sell Dwayne drugs as well but Angel refused and was finally let go.

“For six months I didn’t go anywhere,” said Angel, who told me he’s struggled with PTSD since being tortured.

Lopez continued to call Angel’s cell phone, threatening to torture him further, until he learned Angel had gone to the Independent Police Review Authority. But that hasn’t stopped officers from harassing Angel—he told me he’s been routinely followed and stalked by police and once had rocks thrown at his window by a cop.

“I’m afraid for Angel,” said Tony, who also worries for his own safety given his involvement in the case. But Angel is determined to push for justice in spite of the intimidation because, he explained, “I cannot live in a society where these guys are still on the streets.”