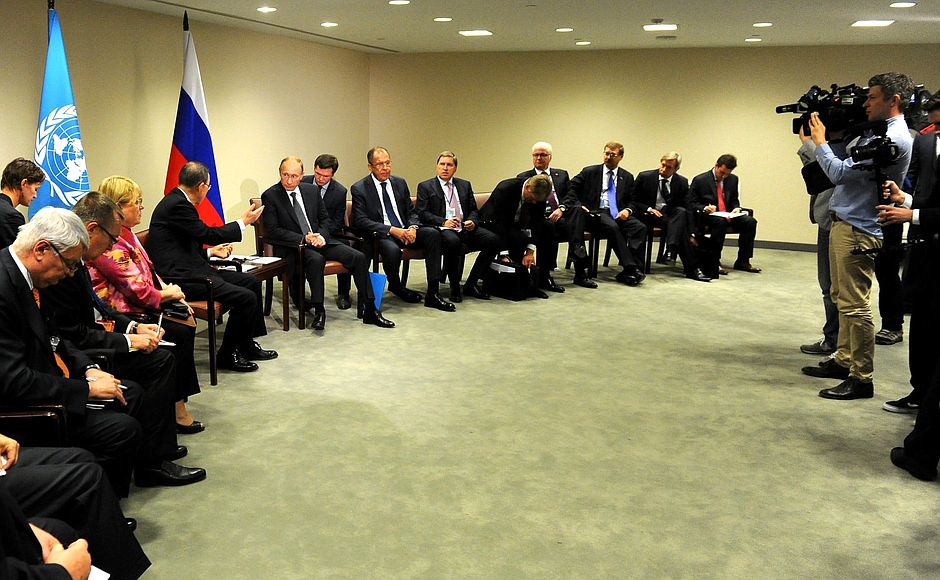 The Trump administration’s early attempts to change, and restore, ties with Russia may be fading fast, but at least when it comes to relations between Russia and its western counterparts at the United Nations, absolutely nothing has changed.

And, as has been the case for the past three years, the antagonism was on full front display when Russia, now without the recently deceased Vitaly Churkin, on Tuesday cast its seventh veto to protect the Syrian government from United Nations Security Council action, blocking an attempt by Western powers to impose yet another sanction over accusations of the recurring strawman, i.e., chemical weapons attacks, during the six-year Syrian conflict.

While the Russia vote was to be expected, what was surprising is that China once again backed Russia with its sixth veto on Syria according to Reuters, making it clear that at least when it comes to the UN and matters involving Syria, China is firmly in the Russia camp, and thus opposing the west. 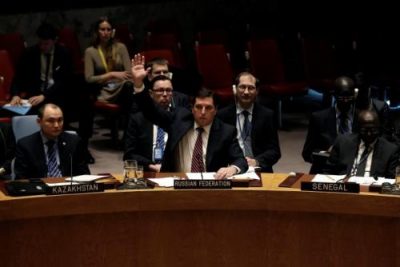 Russia had said the vote on the resolution, drafted by France, Britain and the United States, would harm U.N.-led peace talks between the warring Syrian parties in Geneva, which began last week. Nine council members voted in favor, Bolivia voted against, while Egypt, Ethiopia and Kazakhstan abstained. A resolution needs nine votes in favor and no vetoes by the United States, France, Russia, Britain or China to be adopted.

Russian President Vladimir Putin described the draft resolution on Tuesday as totally inappropriate. “As for sanctions against the Syrian leadership, I think the move is totally inappropriate now,” Putin said at a news conference. “It does not help, would not help the negotiation process. It would only hurt or undermine confidence during the process.”

Doing her best Samantha Power impression, the new US ambassador to the UN Nikki Haley told the council after the vote that “For my friends in Russia, this resolution is very appropriate.” “It is a sad day on the Security Council when members start making excuses for other member states killing their own people. The world is definitely a more dangerous place.”

The vote was one of the first confrontations at the United Nations between Russia and the United States since U.S. President Donald Trump took office in January, pledging to build closer ties with Moscow.

Russia’s Deputy U.N. Ambassador Vladimir Safronkov described the statements made against Moscow in the Security Council as “outrageous” and declared that “God will judge you.”

“Today’s clash or confrontation is not a result of our negative vote. It is a result of the fact that you decided on provocation while you knew well ahead of time our position,” said Safronkov. “The problem is that the basis of expert work on Syria come from dubious information submitted by the armed opposition, international NGOs sympathetic to it, the media and so-called ‘Friends of Syria’,” he argued.

“The co-sponsors [of the proposal] have chosen and odious and erroneous concept, which is totally unacceptable. The fact that the resolution wasn’t supported by six of the fifteen security council members should make the co-sponsors seriously think,” Safronkov said.

On the other hand, western powers put forward the resolution in response to the results of an investigation by the U.N. and the Organization for the Prohibition of Chemical Weapons (OPCW). The international inquiry ‘found’ that as reported a month ago, Syrian government forces were responsible for three chlorine gas attacks and that Islamic State militants had used mustard gas. British U.N. Ambassador Matthew Rycroft told the council before the vote: “This is about taking a stand when children are poisoned. It’s that simple. It’s about taking a stand when civilians are maimed and murdered with toxic weapons.”

This reminds us of the first such fabricated attempt to start a war in Syria in the summer of 2013 when a produced YouTube clip was used as evidence of a chemical attack, only to be refuted several month later, although by then Russia and the US were already engaged in the Syrian proxy war.

To be sure, Syrian President Bashar al-Assad’s government has denied its forces have used chemical weapons. Russia has questioned the results of the U.N./OPCW inquiry and long said there was not enough proof for the Security Council to take any action.

French U.N. Ambassador Francois Delattre said the failure by the council to act would “send a message of impunity.”

Meanwhile China’s U.N. Ambassador Liu Jieyi said it was too early to act because the international investigation was still ongoing. “We oppose the use of chemical weapons,” he said.

And while the sanctions were being debated, a new round of UN-sponsored Syria peace talks between the warring sides kicked off in Geneva last week. Saying that he is not expecting a breakthrough, UN envoy Staffan de Mistura said he was nonetheless determined not to lose the momentum towards a resolution.

Although the liberation of the city of Aleppo and the loss of key territories by Islamist rebels have tipped the balance in the Syrian conflict, potential disagreements could arise over the opposition’s continued insistence that the fate of the Syrian government of President Bashar Assad be settled as a precondition – something that is not currently on the table.

Russia announced that it has asked the Syrian government to halt all military operations for the duration of the talks, while other countries were expected to deliver the same message to the rebels. The last round of the Geneva talks was broken off nine months ago amid a sharp escalation in hostilities.

Bashar al-Jaafari, the Syrian government’s negotiator at the Geneva talks, warned on Saturday that Damascus will view opposition groups that refuse to condemn the deadly suicides attacks in Homs as accomplices of terrorists. In another comment on the attack, Jaafari said that “the terrorist explosions that hit Homs city are a message to Geneva from sponsors of terrorism, and we tell everyone that the message is received and this crime won’t pass unnoticed.”