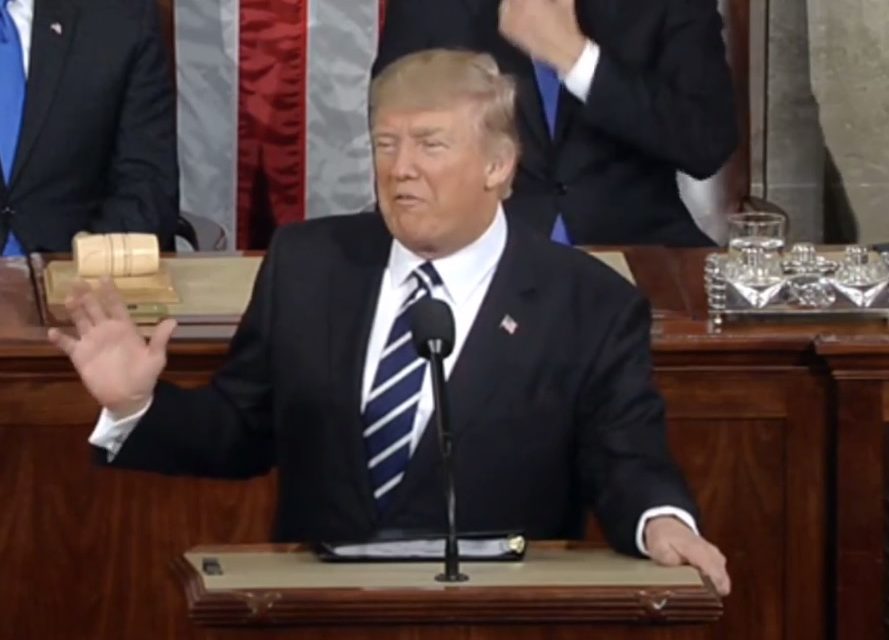 In his first address to Congress tonight, President Trump delivered a heavily ‘America first’ speech that was light on details, and on the question of war was even lighter still, saying the US needs to prepare its military to “prevent war” with its largest budget ever.

Trump promised a “direct, robust, and meaningful engagement with the world,” saying that the US foreign policy would be based on America’s own “vital security interests,” adding that America would “respect the sovereign rights of nations.”

What this all adds up to remains to be seen, though with respect to Syria, his comments on creating conditions where the displaced can “safely return home and begin the long process of rebuilding” once again hints at his expected policy of establishing safe zones within northern Syria.

Ultimately, the decision appears to have been to focus on generalities, and a promise to destroy ISIS outright, without getting into the specifics of how this would happen, and also not getting into the policy details on what America will ultimately do with this record-sized military budget, beyond general assurances that whatever is done will be done primarily with an eye toward America’s interests.

The strategy Trump sought for the defeat of ISIS was delivered just yesterday, and while Trump has yet to address the details of the plan we actually know quite a bit about it, with the broad expectations emerging over the past several weeks.

This includes sending an unknown, but significant, number of US ground troops to Syria for combat operations, and in particular for fighting against ISIS in Raqqa. The Kurdish YPG, which the US has been backing against ISIS, will be getting more military aid, and US generals will be given more leeway for how they carry out operations.

Policies elsewhere were conspicuously undisclosed, with weeks of growing rhetoric against Iran not addressed beyond a single mention of new sanctions against them, and no talk of US-Russia policy beyond a vague mention of former enemies who might be new friends.

Ongoing US escalations in Yemen were also largely glossed over, beyond some pandering to the “success” of a SEAL Team Six raid which has been described as a disastrous failure, but which Trump maintained was “highly success.”