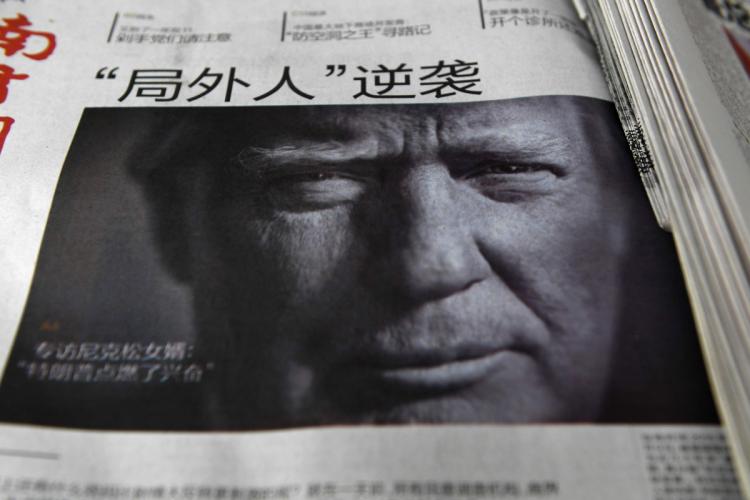 (ZeroHedge) While the US public and global markets will be transfixed by the events in Washington today, Trump’s emerging nemesis in the upcoming trade wars, China, has decided to avoid the event altogether. According to the FT, Beijing’s infamous censors have ordered media outlets to mute their reporting of Trump’s inauguration “as the Communist party continues to weigh its response to a new administration that has threatened to tear up the rule book of US-China relations.”

The FT notes that propaganda officials have ordered the press only to use reports on the ceremony written by central state media, according to several Chinese journalists.

“It is forbidden for websites to carry out live streaming or picture reports of the inauguration,” said the censorship instructions highlighted by the Financial Times.

Internet media outlets should not give the event top billing on their homepages, the instructions add, reminding them to “take care of news comments?.?.?.?and negative and harmful speech”. Similar orders are common ahead of big world news events but analysts said in this case they reflected uncertainty in Beijing over how to handle public perceptions of Mr Trump.

Quoted by the FT, Elyse Ribbons, an American who hosts a programme on Chinese state-run radio, said on Twitter on Thursday that she“wasn’t allowed to discuss Trump today on my radio show, he’s now an official sensitive topic”, adding “Chinese leadership still trying to figure him out (sigh).”

While China’s official diplomatic tone in recent weeks has been relatively subdued, in anticipation of whether Trump’s belligerent approach will carryover into his presidency, the local media has been far less contained. As a result, China’s tightly controlled media often portrays Washington as a hostile power attempting to curtail China’s rise. At the same time authorities are struggling to rein in increasingly nationalist voices on the internet.

“Trump is a very different kind of president than Obama. He has a less friendly attitude… he’s unpredictable,” said Zhan Jiang, a professor of international news at Beijing Foreign Studies University. “The government is still working out how to react to him, which is why in this case they are taking very close control of the media for this event.”

Meanwhile, according to early state media reports highlighted the ceremony’s expense, pricing it at more than $100m. The information office of the State Council, China’s cabinet, tweeted in English: “How much does #Trump’s #inauguration cost? The number must be staggering.”