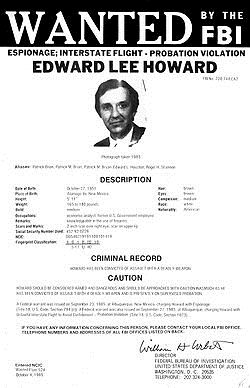 Grandson of President Theodore Roosevelt and distant cousin of FDR, Kermit Roosevelt, Jr. entered the Office of Strategic Service during World War II. After the dissolution of the OSS, Roosevelt became a political action officer of the CIA’s Directorate of Plans. In 1953, he orchestrated the coup d’etat against Iranian Prime Minister Mohammed Mossadegh, codenamed TP-AJAX. After returning to the US, Roosevelt worked in Washington as a lobbyist for foreign governments, including Iran.

“We were all smiles now… Warmth and friendship filled the room.”

As a member of the US shooting team during the 1948 summer Olympics, operations officer Phil Roettinger had a preferred skill set and the ability to travel without question. In 1954, Roettinger was recruited to overthrow the democratically elected Guatemalan President Jacobo Arbenz. After the successful coup d’etat, Roettinger had been assigned to conduct surveillance on Fidel Castro. After leaving the Agency in 1964, Roettinger settled in Mexico. He passed away in 2002.

“The CIA was going to have me overthrow these friends of mine. They explained to me that this is extremely important to the security of the United States. When they pull that, you know there’s something wrong because the United States is so secure, nobody’s going to do anything to it.”

In 1958, David Henry Barnett became a contract employee of the CIA in South Korea. During the 1960s, he worked as a CIA officer stationed in Indonesia. But in 1976, Barnett contacted KGB agents in Jakarta and committed treason. He ended up receiving $92,000 from the Russians for disclosing the identities of numerous CIA assets and revealing a CIA operation codenamed HABRINK, designed to implement the covert acquisition of Soviet weaponry systems.

In 1979, Barnett’s KGB handlers ordered him to infiltrate the House and Senate intelligence committees and the President’s Intelligence Advisory Board. Barnett failed his assignment and was eventually betrayed by Col. Vladimir Piguzov, who worked as a double agent for the CIA. Barnett was arrested and sentenced to 18 years in prison. He was paroled in 1990 and died three years later.

As a low-level CIA watch officer, William Kampiles grew bored of his desk job. In 1977, Kampiles stole 13 copies of the classified KH-11 spy satellite manual, resigned from the agency and flew to Greece. While visiting the Russian embassy in Athens, Kampiles sold the manual to the Soviets for $3,000. When Kampiles returned to the US, he informed his former employers at the CIA of his crime in the hopes of receiving a promotion to double agent. Instead, Kampiles was arrested and sentenced to 40 years. He was released in 1996 after only serving 18 years.

“There are no words to describe my sorrow and remorse. I let my country down and have brought more pain to my mother and brother than could ever be imagined.”

In 1983, CIA case officer Edward Lee Howard was fired from the Agency after failing a polygraph test questioning incidents of petty theft and drug use. Howard allegedly sold information to the Soviets in 1984, compromising several intelligence operations and resulting in the execution of CIA asset, Adolf Tolkachev.

While under FBI surveillance, Howard escaped with the help of his wife, Mary Howard. Driving home from a dinner party, Mary slowed to turn a corner and Edward leapt out leaving a stuffed dummy in the passenger seat. As her husband fled the country, Mary played tape recordings of his voice over the phone to fool the FBI agents wiretapping the line. In 2002, Edward Lee Howard died in his Russian dacha from a broken neck.

“I don’t think any secret service can deal with multiple names, multiple passports.”

Former case officer Jeffrey Sterling was arrested on January 6, 2011, and charged with unauthorized disclosure of national defense information. According to the indictment, Sterling allegedly revealed details of a CIA operation codenamed Operation Merlin to New York Times reporter James Risen. The operation was a failed attempt to sabotage Iran’s nuclear program by handing flawed blueprints to a Russian asset who would feed the defective plans to the Iranians. Instead, the Russian asset betrayed the CIA and informed the Iranians of the flaws within the blueprints, accelerating their weapons program. The CIA claims Sterling leaked to Risen after suing the Agency for racial discrimination in 2002.

“I think they bring minorities in the door to maintain appearances, and so they can say they are diverse. But that’s just a façade.”