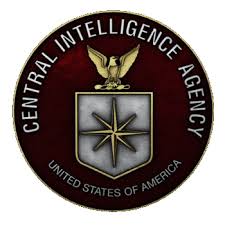 After receiving a medical discharge from the Navy, E. Howard Hunt began working under “Wild” Bill Donovan within the newly formed Office of Strategic Services. As the OSS dissolved and reformed into the Central Intelligence Agency, Hunt joined as a CIA officer. In 1954, he planned the coup d’etat against Guatemala’s democratically elected president, Jacobo Arbenz. His failure during the Bay of Pigs fiasco in 1961 effectively ruined Hunt’s career at the CIA.

Retiring from the Agency in 1970, Hunt eventually found himself working for the Nixon administration as a “security consultant”. Under executive orders, Hunt broke into the office of the psychiatrist treating Daniel Ellsberg, who had leaked the Pentagon Papers to the New York Times, to discredit him. Hunt also orchestrated the break-in at the offices of the Democratic National Committee at the Watergate complex. Behind bars with his fellow burglars and facing a possible 35 years in prison, Hunt threatened to leak classified information to the press. Instead, his wife, Dorothy Hunt, died in the crash of United Airlines Flight 553 carrying $10,000 and E. Howard Hunt ended up serving 33 months in the low-security Federal Prison Camp at Eglin AFB. In an early deathbed confession to his son, St. John, he acknowledged the CIA’s role in JFK’s assassination.

“I think that LBJ settled on [Cord] Meyer as an opportunist like himself in a man who had very little left to him in life ever since JFK had taken Cord’s wife as one of his mistresses.”

Born Frank Angelo Fiorini, Sturgis fought alongside Fidel Castro and taught guerilla warfare to Che Guevara during the Cuban revolution. Operating as a secret CIA informant, Sturgis recruited 19-year-old, Marita Lorenz, to assassinate Castro with poison. Lorenz failed. After the Bay of Pigs debacle, Sturgis returned to the United States. On June 17, 1972, he was arrested along with 4 other burglars for breaking into the Democratic National Committee headquarters located in the Watergate complex. He served 13 months for the crime.

“I’m a military man. I’m a soldier. I go fight. But damn it, if I risk my ass out there and I’m getting shot at, I don’t want some stupid-ass politician to go ahead and make deals behind my back where my people or maybe myself are gonna get killed. I don’t like that.”

As the former Director of covert operations in Thailand and Vietnam, Ralph McGehee was admittedly active in the Phoenix Program, the CIA’s torture and assassination operation from 1965 to 1972. After resigning in 1977, McGehee became openly critical of the Agency and wrote the book Deadly Deceipts: My 25 Years in the CIA.

“No amount of criticism of the agency, no amount of revelation of its dirty deeds, no amount of exposure of the weaknesses of the agency has weakened the CIA. But I do feel that at some point all of this is going to be impact on the awareness of the American people, and at that time there will be an attack on the CIA.”

On November 16, 1996, CIA station chief Harold Nicholson was arrested for selling sensitive information to Russian intelligence. Prior to his arrest, Nicholson had been an instructor at the CIA’s training facility known as the Farm located at Camp Peary, VA. Since 1994, Nicholson had sold to the Russians the names, ranks, and locations of his fellow officers. Nicholson also revealed the identities of the trainees that he had instructed at the Farm to Russian intelligence. He was paid $300,000 for his betrayal. Incarcerated at United States Penitentiary, Florence ADX, Nicholson is scheduled for release in 2024.

CIA contractor David Passaro is the first US civilian convicted of abusing an Afghan detainee. On June 19 and 20, 2003, during an interrogation with a suspect named Abdul Wali, Passaro beat the man to death using a 2-foot-long metal flashlight. The government prosecuted Passaro under a provision of the PATRIOT Act and sentenced him to 8 years in prison.

In 1990, Passaro was fired from the Hartford Police Department for excessively beating a man in a parking lot.

“Because I have special rules.”