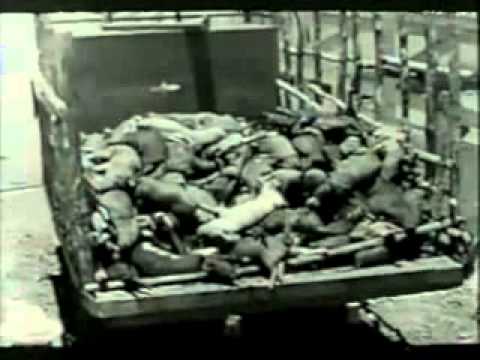 From the ashes of the dissolved Office of Strategic Services, in 1947 the Central Intelligence Agency (CIA) was born. Shrouded in secrecy, the agency has operated within the shadows for 66 years. Only a few CIA officers, such as Richard Helms, William Colby, and John Brennan, have risen to the coveted position of Director of Central Intelligence.

But this isn’t their story. These are the crimes and confessions of the analysts, contractors, interrogators, and officers of the CIA. From political assassinations to state-sponsored torture, this is the CIA’s story in their own words.

While operating under deep cover, Verne Lyon engaged in domestic spying on antiwar Iowa State University students. Codenamed Operation CHAOS, the CIA launched the illegal program against US citizens. In a documentary entitled “Secrets of the CIA”, Lyon admitted to mixing cement powder into the milk sent to a secondary school in Havana.

“The CIA is a state sponsored terrorist association. You don’t look at people as human beings. They’re nothing but pieces on a chessboard.”

After resigning from the agency, former case officer Philip Agee published a book in 1975 named “Inside the Company: CIA Diary”. In his book, Agee exposed the identities of roughly 250 alleged officers and agents. Deprived of his US passport and expelled from France, Italy, West Germany, and the Netherlands, Agee died of peritonitis in Cuba at the age of 72. His revelations led to the creation of the Intelligence Identities Protection Act of 1982.

“The CIA has been involved in assassination and torture behind the scenes all through its history.”

The former chief of counterintelligence James Angleton had orchestrated the illegal domestic spying on antiwar groups codenamed Operation CHAOS. Angleton retired in ’74, just prior to the formation of the Rockefeller Commission, Church Committee, Nedzi Committee, and Pike Committee. When testifying before the Church Committee, Angleton admitted to illegally opening and reading US mail.

“We believe that it was extremely important to know everything possible regarding contacts with American citizens with Communist countries.”

On February 21, 1994, counterintelligence officer Aldrich Ames was arrested for divulging the names of numerous CIA assets to the KGB. Since April 1985, Ames had compromised over a hundred intelligence operations and had been responsible for the deaths of at least 10 CIA assets in the Soviet Union. In exchange for his betrayal, Ames ended up receiving over $2.5 million from Russian agents. Ames is currently serving a life sentence with no remission at United States Penitentiary, Allenwood.

“The reasons that I did what I did in April of 1985 were personal, banal, and amounted really to greed and folly. Simple as that.”

On December 10, 2007, during an interview with ABC News, former case officer John Kiriakou revealed the torture program euphemistically referred to as “enhanced interrogation techniques”. Following a lead concerning the interrogation of Khalid Shaikh Mohammed, New York Times reporter Scott Shane asked Kiriakou about a CIA interrogator named Deuce Martinez. Kiriakou had Martinez’s business card with his contact information at Mitchell Jessen and Associates, the CIA contractor responsible for devising the interrogation program, and gave it to Shane. Kiriakou was charged with violating the Intelligence Identities Protection Act of 1982. He is currently serving 30 months in prison.

“I should never have provided the name. I regret doing it, and I never will do it again.”

On November 9, 2005, the Director of National Clandestine Service Jose Rodriguez, Jr. authorized the burning of 92 videotapes depicting the harsh interrogation of 2 high-profile detainees. The Justice Department has decided not to file charges against him. During an interview with CBS News, Rodriguez was asked if he bore any regrets.

“Well, I haven’t received it because I don’t deserve it.”