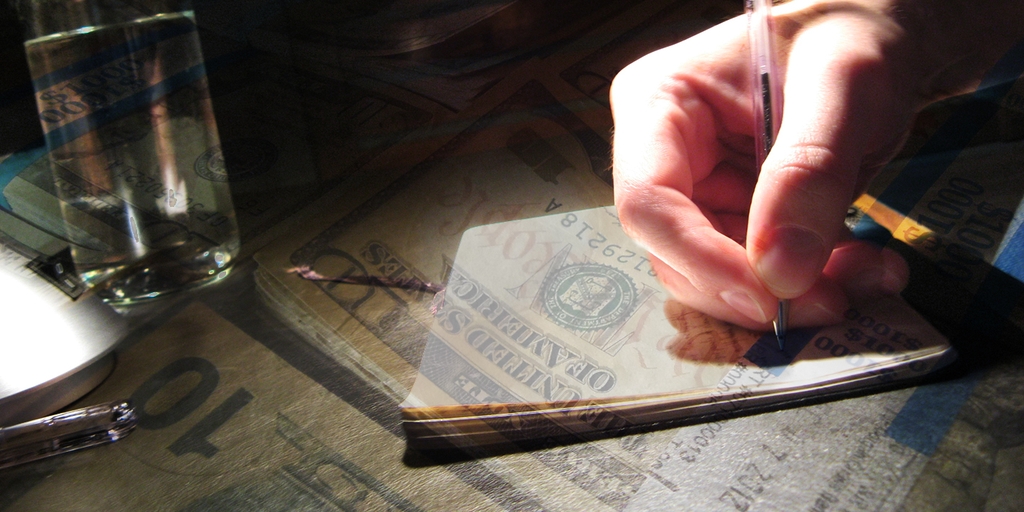 Don’t trust everything you read on the Internet—especially when it comes to op-eds decrying the value of net neutrality.

Time and the Wall Street Journal both published opinion stories this week from people who oppose strong net neutrality protections—without disclosing that each of them did or do receive money from Internet service providers.

This appears to be glaring evidence of corporate astroturfing—the idea that Internet providers are secretly filtering their opinions to the public, a practice ISPs have been repeatedly accused of.

Internet freedom advocacy groups, regular people, and even many conservatives overwhelmingly support net neutrality. Conversely, Internet service providers (ISPs), consistently ranked at the bottom of customer satisfaction surveys, oppose it, and want to be able to charge more for certain sites to be accessible at full speed. In particular, they’re opposed to the Federal Communications Commission (FCC) placing broadband Internet service under so-called Title II legislation, which would enshrine net neutrality into law by regulating the Internet a public utility, like electricity or landline phone service.

Net neutrality is the principle that all data traveling from ISPs to your home—whether it’s a Google search page, a Netflix video, a Dropbox download, or this article—should all be treated equally. That’s more or less how the Internet has operated since the beginning. Because ISPs like Verizon have successfully challenged the FCC’s previous net neutrality rules in court, however, advocates of net neutrality,including President Obama, argue that the only way to guarantee net neutrality protections is to regulate broadband under Title II.

The FCC is currently deciding on how to implement new net neutrality rules, which are set to come down sometime next year. And at the moment, it’s highly unclear how the Commission will rule—thus, the op-eds.

In a video op-ed for the Wall Street Journal on Tuesday, guest Bret Swanson argued that net neutrality would hurt “Google, Apple, Amazon, thousands of smaller firms all over the Web. That’s why this is so bad.” Google is an outspoken proponent of net neutrality, and advocates for Title II generally cite smaller websites as the ones that need it the most.

Mary Kissel, host of the paper’s Opinion Journal, introduces Swanson simply as a scholar with the American Enterprise Institute, a conservative think tank. Neither she nor the WSJ website mentions that he’s the President of Entropy Economics, a technology consulting firm that has authored studies on Internet connectivity that were funded by Verizon and industry trade group Broadband for America—though you’ll find no mention of a client list on its website.

Time similarly published an opinion article Tuesday titled “How To Neuter the Net Revolution,” in which author Tom Hazlett argues that Title II, enabled by a 1934 law, is overwhelmingly old-fashioned, and thus antiquated for technology as current as the Internet:

In a statement issued by the White House, President Obama strongly endorses, in unequivocal language, not the girly manmeasures previously considered, but a muscle play: Title II.The bureaucratic reference, which dates to the Communications Act of 1934, would affix your great grandfather’s public utility rules — the ones crafted when households had ‘party lines’ and David Sarnoff was the best known ‘tech innovator’ — on the 21st Century Network of Networks.

Time accurately introduces Hazlett as “H.H. Macaulay Endowed Professor of Economics at Clemson University” and that he “formerly served as Chief Economist of the Federal Communications Commission.” It doesn’t mention—though his online resume from 2006 does—that he has done consulting work for AT&T, Time Warner, and Verizon, as well as numerous industry trade groups.

Neither Kissell nor Hazlett immediately returned request for comment. It’s eminently plausible, of course, that a person can have a good reason to oppose net neutrality. It just means a little less coming from someone who’s been paid by an industry that stands to enormously profit from it—especially when that fact is kept secret from readers trying to educate themselves on the issue.