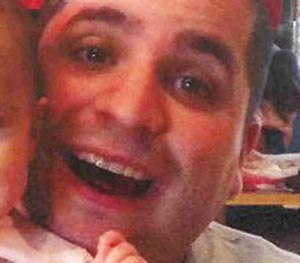 NEW YORK — A former New York City police officer whose bizarre online exchanges about kidnapping and eating women landed him behind bars and earned him tabloid infamy as the “cannibal cop” was sentenced to time served on Wednesday after telling a judge that the women were “never in danger.”

Gilberto Valle had faced a possible life term after his 2013 conviction for kidnapping conspiracy. But U.S. District Judge Paul Gardephe threw out the jury’s guilty verdict earlier this year, clearing the way for Valle to be sentenced on a misdemeanor charge of using a restricted law enforcement database to secretly look up personal information about women he knew.

“I just hope they know they were never in danger,” Valle said. “I would never do the things I talked about on the Internet — never.”

He told reporters outside court that he was eager to move on with his life. “My legacy is not going to be the story of the ‘cannibal cop,'” he said.

Valle, 30, had already served 20 months in jail while awaiting trial. The judge sentenced him to one year time served — the maximum for a misdemeanor — and one year probation. He also was ordered to continue mental health treatment.

The New York Police Department patrolman was arrested in 2012 after his wife discovered disturbing material on his computer and reported it to the FBI. At trial, prosecutors had argued that Valle took steps to carry out his plot, including looking up potential targets on the law enforcement database, searching the Internet for how to knock someone out with chloroform and where to get torture devices and other tools.

In one of the numerous online conversations shown to the jury during the trial, Valle told a man he met in a fetish chat room, “I want her to experience being cooked alive. She’ll be trussed up like a turkey. … She’ll be terrified, screaming and crying.”

In another exchange, Valle suggested a woman he knew would be easy prey because she lived alone. The men discussed cooking her, basted in olive oil, over an open fire and using her severed head as a centerpiece for a sit-down meal.

Valle’s “depraved, misogynistic sexual fantasies about his wife, former college classmates and acquaintances undoubtedly reflected a mind diseased,” the judge wrote in his decision to throw out the kidnapping conviction. But, he added, prosecutors failed to prove he had entered into genuine agreements to kidnap the women and taken concrete steps to carry them out.