Confessions of a Former Homeschooling Mom 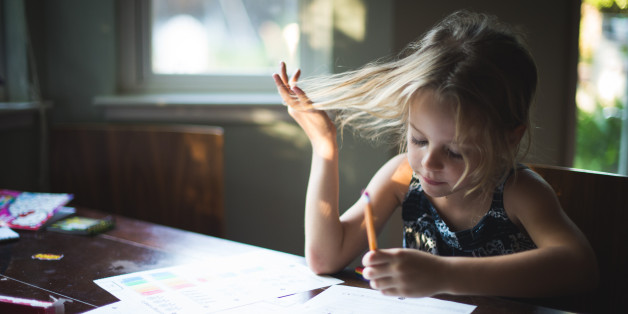 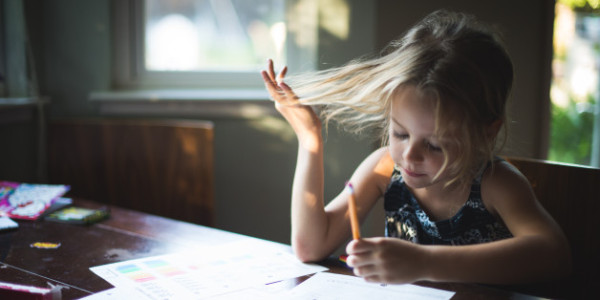 I never ever planned to homeschool. When I got pregnant with my first child, my plan was to quit my job as a high school teacher and stay home with my children until the youngest started kindergarten.

Fast forward two years. I’m pregnant with number two. My husband and I are having dinner with friends who have a 4-year-old and a 1-year-old. At some point in the evening they casually mention that they are planning to homeschool their oldest next year for kindergarten. I remember thinking,”Huh? They look so normal.”

I looked at my husband, expecting to share one of our subtle ya-gotta-be-kidding-me glances. That’s when he piped up. “Yeah. We’ll probably homeschool too.”

What the what? I couldn’t believe my ears. Still, I chalked it up to the wine. Besides, kindergarten was a long, long way off for our son. I had plenty of time to worry about that.

Then I blinked and it was time for him to go.

But my husband and I weren’t sure. He was young for his age. As a late April baby, he did not have a magic birth date. You know, the ones that come before March and that guarantee a child will be an honor student, a star athlete and score a full ride to the college of his choosing. (Give us a break. He was our first, and we still believed all the urban parenting legends.)

Anyway, long story short, we decided to give homeschooling a try. We figured that if it didn’t work we could always redshirt him and then send him to real kindergarten the next year.

Turns out, it worked out beautifully. That’s not to say I didn’t re-question the decision at the beginning of every school year — but that year and every year for the next seven years, we homeschooled him and our other three kids, too.

Maybe it’s because I never imagined myself as a homeschooler. Maybe it’s because my commitment to homeschooling was always a little tentative. But whenever I was asked about my decision, I always felt like I had to try to make homeschooling sound as mainstream as possible. Now that all my kids are in public school, though, I guess I can come clean about what we really did all those years.

We started every day by snuggling on the couch. There was no yelling at everyone to find their shoes. There was no scrambling to locate homework and lunch boxes. There was no rush. No fuss. No tears. In fact, at the risk of sounding like a homeschool hippie, we started our days in peace and love. What a bunch of weirdos.

We studied what we wanted to. One year the two older kids developed a fascination for sea life. We went ocean crazy. We read every book about sharks, whales and squid that we could get our hands on. We took a field trip to an aquarium and then a family trip to the beach. We watched hours and hours of ocean shows on Discovery Channel, and we never once opened a single science textbook. Funny, I think my kids actually learned a lot of sciencey stuff that year anyway.

My kids were best friends. We were involved in a large homeschool group, so my children had plenty of friends outside of our family. They also knew kids from church and sports. They went to birthday parties and sleepovers just like normal children, but day in and day out, they were each other’s playmates and confidants. They will thank me someday, when they are grown-ups and need someone to complain to about their crazy homeschooling family. Their siblings will understand better than anyone.

They read books and played outside all afternoon. In my defense, it’s easy to finish school by noon when you only cover two subjects — math and reading. OK, maybe that’s not much of a defense, but who really remembers anything from fourth grade social studies anyway? So maybe my kids don’t know the difference between Ponce de Leon and Magellan, but they do know how to play and pretend and entertain themselves. And they darn sure know the meaning of the words, “Go outside and play, and don’t come back in until I call you.” I think those lessons will serve them far better in the long run anyway.

We skipped school sometimes. The truth is, some days we couldn’t even make it until noon. Sometimes the weather was just too pretty to do school. Or the baby was too fussy. Or I had too much laundry. Or a homeschooling friend (who also thought the weather was too pretty for school) would invite them over to play. We also took all the same snow days and holidays as kids who went to real school. So, looking back, that could explain why…

They had some holes in their education. When our oldest was in third grade, he had to take the same standardized tests as all the public school kids. No problem. I was (fairly) confident that he was reading, writing, and doing math at or beyond grade level. I didn’t do anything special to prepare him. I figured he’d be fine. And he was — except for one thing. I had somehow neglected to teach him our address. Also, he was a little shaky on the spelling of our last name. But once he got past filling out the personal information portion of the test, he actually did score at or above grade level in everything.

In fact, since my children started public school, they have all been at or above grade level in all their subjects. I guess all that extra play and snuggling didn’t do too much damage. But I still don’t think any of them know who Magellan was.