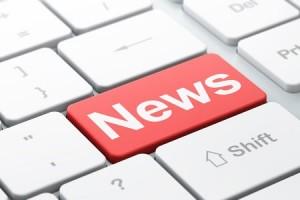 WASHINGTON – Americans’ confidence in the news media has tumbled to fresh lows – and it doesn’t much matter whether the source is newspapers, television or the Internet.

A Gallup poll released Thursday found the level of faith in each of three major news media platforms- television news, newspapers, and news on the Internet- is at or tied with record lows, extending a longstanding trend
Confidence in US newspapers was marginally better than rival media, but dropped to 22 percent in the June 5-8 survey- declining more than half from a 1979 peak of 51 percent.

For television news, the percentage of respondents with a good deal of confidence was 19 percent, extending the decline from its 1993 peak at 46 percent.
Just 18 percent said they trusted online news, which compares with 21 percent in the only prior Gallup survey in 1999.

Those identifying themselves as liberals had slightly more confidence in newspapers, while conservatives had a higher level of trust in TV news.

“The field of news media has changed dramatically since Gallup first began measuring the confidence the public held in newspapers or TV news decades ago,” Gallup’s Andrew Dugan said in a blog post.
“Amid this rapid change, Americans hold all news media platforms in low confidence. How these platforms can restore confidence with the American public is not clear, especially as editorial standards change and most outlets lack the broad reach once available to major newspapers and broadcasters.”

The news media remained low among the 17 public institutions covered in the Gallup poll.
The military had the highest level of confidence at 74 percent, but the numbers dropped dramatically for other institutions such as the presidency (29 percent) and public schools (26 percent).
But confidence in the media was better than for Congress — where the percentage of people expressing trust fell to a record low seven percent, Gallup said.

Gallup conducted telephone interviews on a random sample of 1,027 adults, and said the results have a margin of error of four percentage points.