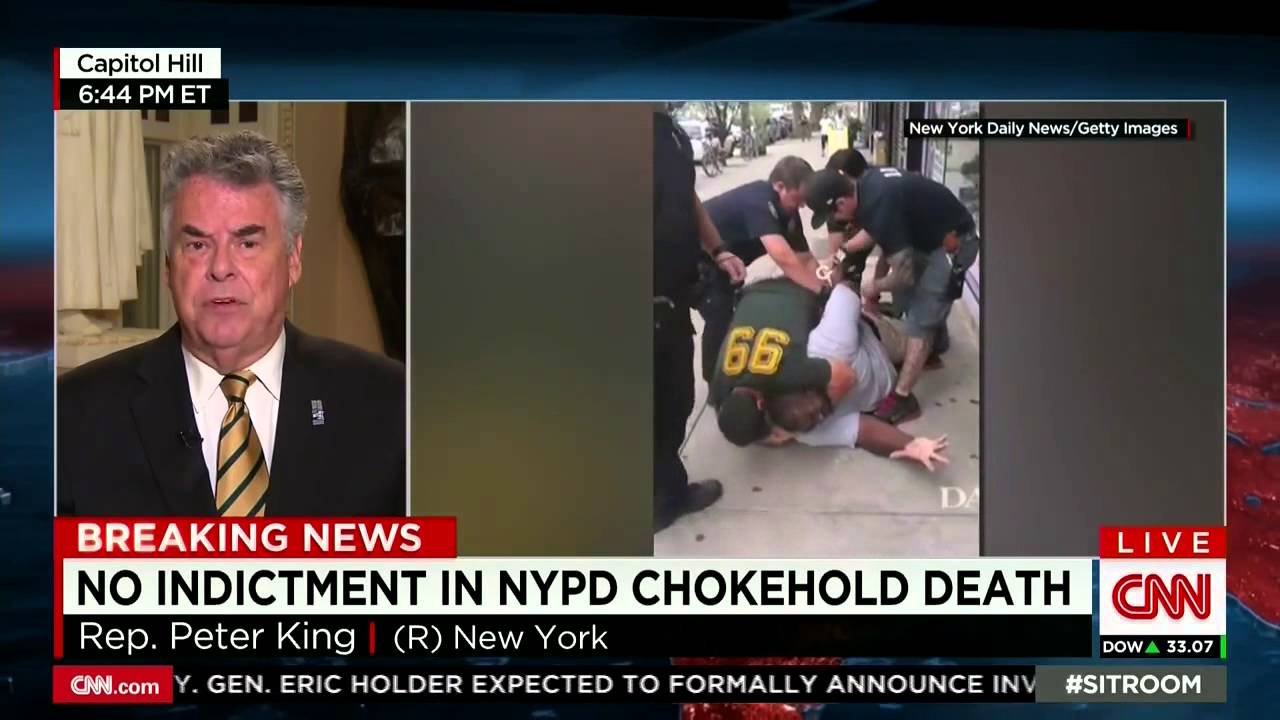 Congressman Peter King (R-NY) appeared on CNN on Wednesday night as determined protestors filled the streets of NYC and cities across America to take a stand against the police killing innocent people with impunity.

The Congressman disrespectfully and coldly blamed the unarmed man’s death on his weight.

He said “If he had not had asthma, and a heart condition, and was so obese, he would not have died from this.”

An article from Think Progress says the congressman, “delivered an extended defense of the police killing of Eric Garner. King said that the officer, who employed an illegal chokehold to bring Garner down, was just doing his job. Ultimately, King pins says Garner was actually responsible for his own death.”

Watch the clip below: