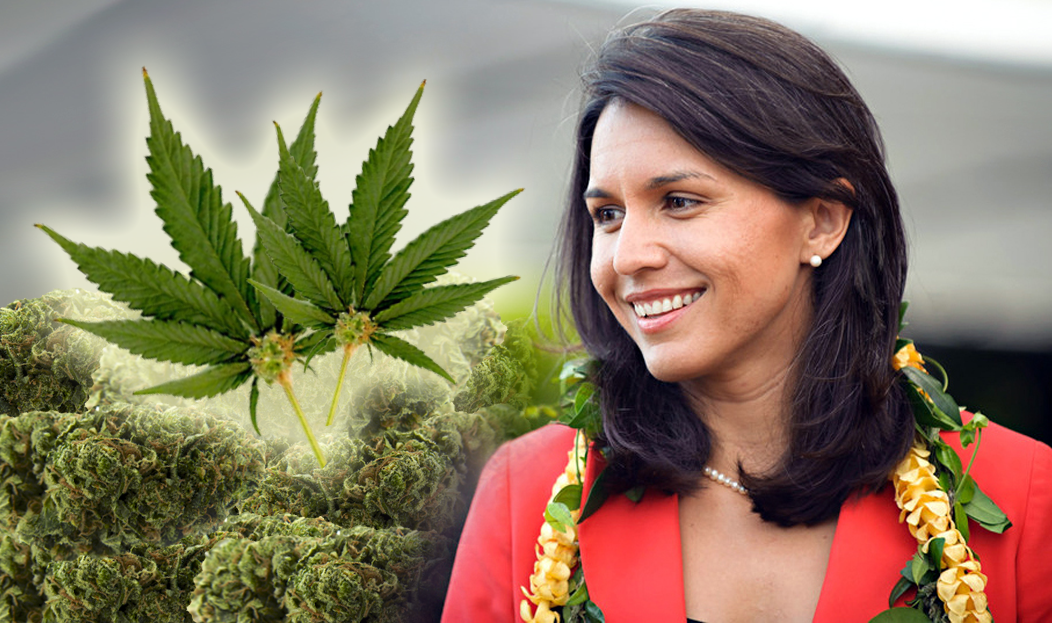 In a speech addressing the House of Representatives yesterday, Hawaiian Congresswoman Tulsi Gabbard advocated for a new bill calling for the federal decriminalization of marijuana.

The bill would make marijuana legal in the same way as alcohol and tobacco.

“Our outdated policies on marijuana are having devastating ripple effects on individuals and communities across the country,” said Gabbard.

Since the bill was originally proposed on February 27, several other Democrats and Republicans have signed their support, including Jared Polis of Colorado (D), Earl Blumenauer of Oregon (D), Don Young of Arkansas (R), Justin Amash of Michigan (R), and Dana Rohrabacher of California(R), Trofire reported.

So far, the bill has been referred to the House Energy and Commerce Committee, as well as the House Judiciary. Last week, the bill was further referred to the Subcommittee on Crime, Terrorism, Homeland Security and Investigations – where it’s expected to face its strongest resistance.

“If passed, the Ending Federal Marijuana Prohibition Act (H.R.1227) would take marijuana off the federal controlled substances list—joining other industries such as alcohol and tobacco,” a press release said.

“Our outdated policies on marijuana are having devastating ripple effects on individuals and communities across the country. They have turned everyday Americans into criminals, torn apart families, and wasted huge amounts of taxpayer dollars to arrest, prosecute, and incarcerate people for non-violent marijuana charges,” said Gabbard. “Differences in state and federal law have also created confusion and uncertainty for our local businesses, who face contradictory regulations that affect their bottom line and ability to operate. I urge our colleagues to support our bipartisan legislation which would decriminalize marijuana, bringing about long overdue and common sense reform.”