Goldman Sachs Is Up To No Good! – Bank Sells $5.7 Billion In Bad Mortgages 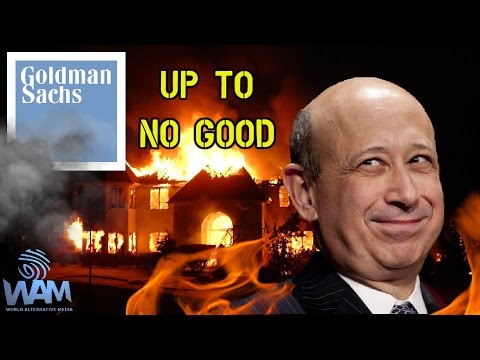 Goldman Sachs is up to no good once again as they recently sold $5.7 billion in bad mortgages. Fannie Mae auctioned off these bad mortgages, which were then purchased by Goldman Sachs over the past year and a half.

The bank then sells them as collateralized debt obligations (C.D.O.) which they’ll give a ‘triple A’ rating. Just as they did in 2008 to many risky packages. They will then insure them with a credit default swap (CDS) to ensure they won’t lose despite their continued failure.

First, let us explain what Collateralized Debt Obligations are:
A C.D.O. is when banks take mortgages and put them into a package and sell them to other people. Often a few of the mortgages are indeed good. However, they’re packaged with almost entirely bad mortgages in order to rate them by the two or three top loans, but still profit from the terrible deals. Most of the mortgages aren’t worth a thing.

Then they sell them off to a bunch of pension funds, usually government administrated.

In Norway, government pension funds went bankrupt due to collateralized debt obligations which had collapsed.

Banks then go and insure these investments, having a direct hand in their creation to then bet against them. They package them and sell them off without touching the loans themselves.

Since 2008, banks like Citi Bank have hired theologians to ensure “ethics” in their operations. This is all a big joke to make the surface appears more friendly as the banks are continually being exposed. These banksters do not care about people. They care only about making as much money as humanly possible. By enslaving people in debt, pushing them into servitude and thriving off the debt of the populace.
As author and economic analyst John Sneisen puts it:

“They have hired countless lawyers and have put aside a fund to fund all the fines they get from this corrupt activity. They own the Federal Reserve and they own your life if you have your money in these institutions. They only care about making money off of your money at any cost.”

When your money is in a bank, of course, it is not your money, it’s the bank’s. They make risky investments with your loaned money which can leave a person in financial trouble. This practice is called fractional reserve banking. Also worth mentioning, most major banks have instituted “bail-in regimes” which empty depositors’ bank accounts in order to pay off their accumulated debts due to their insane risks.

Bail-ins have been implemented into the Federal budget in Canada under Prime Minister Justin Trudeau. Also note it has been utilized in Cyprus, Greece, Austria and at the oldest bank ‘Monte dei Paschi di Siena’ in Italy among others. According to documents World Alternative Media uncovered last year, bail-ins have been planned out. For more than 20 years as 1997 Exchange Stabilization Fund papers have proven.
The video on the Exchange Stabilization Fund findings can be found here:

John Sneisen and I quickly break down the insanity of the perpetual corrupt actions of major banks like Goldman Sachs and J.P. Morgan. Thorough education on these specific matters are key to avoiding the iron grip of bankster criminals. Basic economics are avoided by most due to the fact that it seems mind numbing despite its simplicity. The complicated lingo of economics is written that way on purpose, in order to repel the populace. After all, if people knew what the globalist financial manipulators were doing, there would be torches in the streets of every major city. 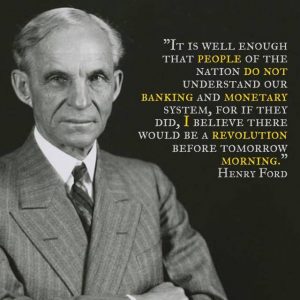