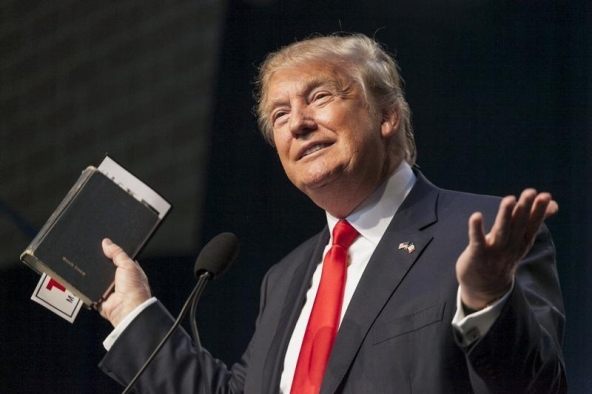 After claiming that President Trump no longer plans to release his tax returns to the public, White House Counselor Kellyanne Conway backtracked on Monday, and said that he still plans to release the documents after his audit is complete.

On taxes, answers (& repeated questions) are same from campaign: POTUS is under audit and will not release until that is completed. #nonews

Conway initially made the comments during an interview on Sunday. She alleged that “people don’t care” about the tax returns, therefore Trump is no longer planning to release them. “The White House response is that he’s not going to release his tax returns,” she said.

WikiLeaks responded by promising that if the documents are sent to WikiLeaks, they will be published.

Trump Counselor Kellyanne Conway stated today that Trump will not release his tax returns. Send them to: https://t.co/cLRcuIiQXz so we can.

Trump's breach of promise over the release of his tax returns is even more gratuitous than Clinton concealing her Goldman Sachs transcripts.

The reaction of the public was mixed with a few people stating that they “don’t care about Trump’s taxes,” and others demanding the release. Many felt that Wikileaks was just backpedaling and trying to save face, given the fact that the international whistleblower organization has been labeled as “Russian propaganda” and accused of swaying the election in favor of Trump.

President Trump was a private citizen of the U.S. with rights to privacy! Wikileaks should understand and respect said privacy!

this isn't going to win back the left. You're Russian spies now, just accept it.

Nice try, but it's too late to backpedal. You'll forever be tied to Trump's election.

This comes after an Anonymous-affiliated account for the “hacktivist” FreeHammond, tweeted WikiLeats a quote from imprisoned hacktivist Jeremy Hammond.

“Anonymous and Wikileaks cooperation needed more now than ever to expose and confront Trump, his cabinet of deplorables, and his alt-right bootboys,” the account Tweeted.

Julian, @wikileaks can still do the right thing. Please. Do it for those who sacrificed for you. Anonymous is ready. Are you? #JeremyIn140 pic.twitter.com/pqR3TA2Vml

During his campaign run, Trump repeatedly refused to release his tax documents to the public, stating that he was “under audit.” However, he promised to do so after the audit was finished.

That promise changed on Sunday when Conway told ABC’s This Week that Trump has no plans to do this, stating people don’t care. “The White House response is that he’s not going to release his tax returns,” she said.

While it is not required for presidents to disclose their tax returns, all U.S. presidents since Richard Nixon have done so voluntarily.

A petition was launched the day of Trump’s inauguration calling for the release of his tax returns. It quickly reached the 100,000 signatures required to get a response from the White House. That petition has now reached over 260,000 signatures, bringing new speculation to Conway’s claim that “people don’t care.”