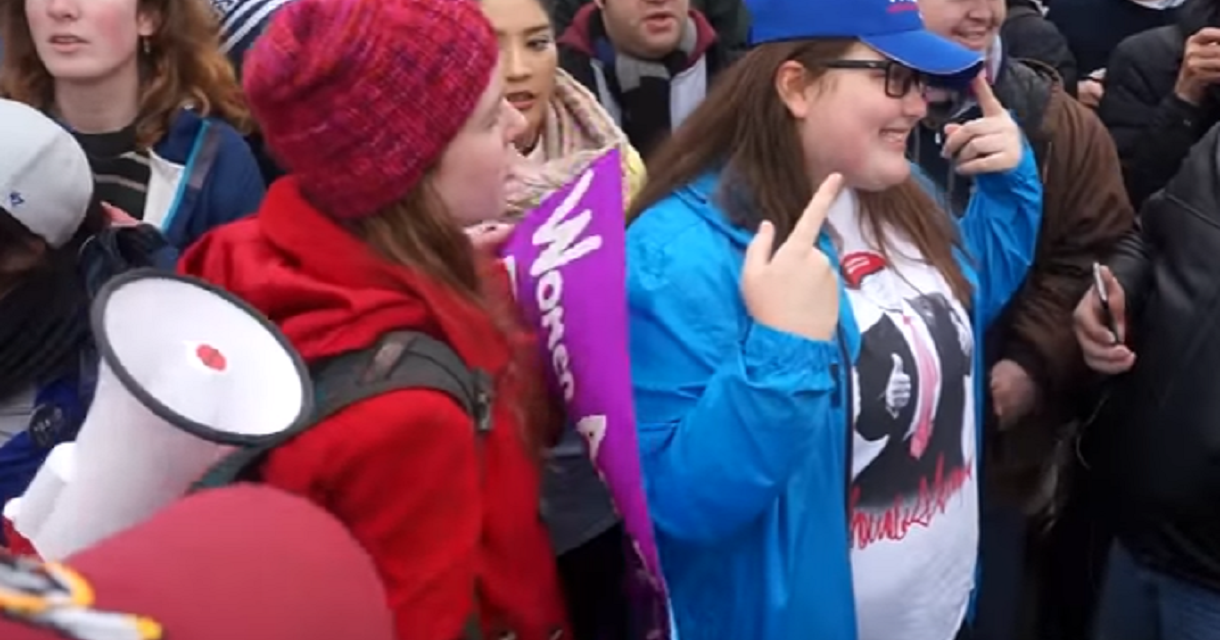 A female supporter of President Donald Trump had her hair lit on fire by protesters who were ironically chanting “love trumps hate” shortly after the inauguration in Washington on Friday.

The shocking assault was caught on video and uploaded to YouTube.

Luckily, the fire was quickly extinguished, and several of the anti-Trump protesters did immediately speak out on the woman’s behalf. It goes to show that there are actually some decent people on both sides.

Despite most of the protest organizers symbolically calling for “peaceful” protest, multiple people were assaulted simply for wearing their support for our president in the days surrounding the inauguration — including women.

Those out protesting Trump’s presidency overwhelmingly cited their reason being claims that he does not respect women — but perhaps some of these demonstrators should take a good hard look in the mirror before throwing stones from inside their glass houses.

Feminists once fought for the right for women to vote — for whoever they wanted to.

Those who fought for women to no longer have to hope that their political wishes were shared by their husbands in the ballot box wanted to make sure that those who came after them had a choice. It seems that the feminists of today want to take that choice away.

Women who voted for Trump have been demonized, silenced by the media, and portrayed as nearly non-existent. This has been especially clear over the weekend as shills on late night television and liberal media claim that they stand with “all women” by supporting the Women’s March on Washington to thunderous applause. What these people are essentially stating is that women, like the one being abused in this video, do not exist or matter.

The march on DC this Saturday may have been impressive for the cameras, but never forget the 30 million women who marched to the polls on November 8th to cast their ballots for President Donald Trump.