Countries Linked To 93 Percent Of U.S. Terrorism Not Included In Trump’s Travel Ban 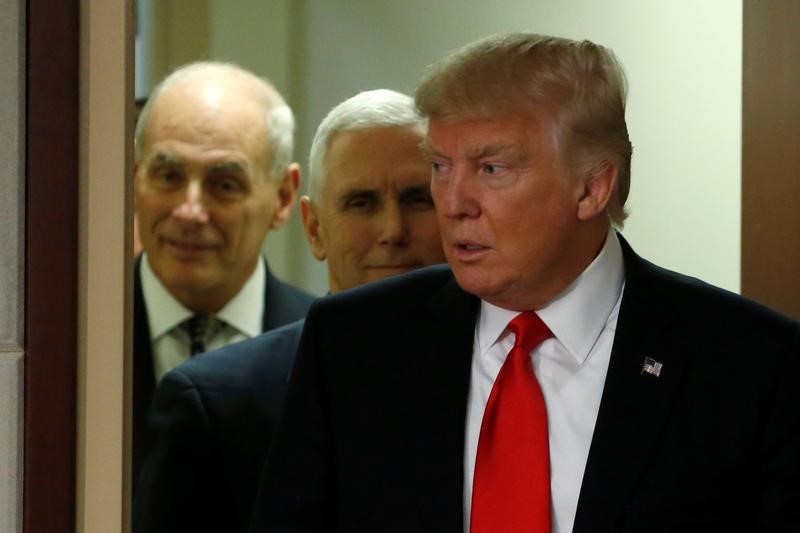 On Friday, the world erupted in chaos after President Donald Trump signed an Executive Order suspending entry into the United States for people traveling from Iran, Iraq, Libya, Somalia, Sudan, Syria and Yemen.

These seven countries originally came from the Obama administration and were labeled as “countries of concern.”

“There were further travel restrictions already in place from those seven countries,” Sean Spicer said Sunday on ABC’s “This Week.” “What the president did was take the first step through this executive order of ensuring that we’re looking at the entire system of who’s coming in, refugees that are coming in, people who are coming in from places that have a history or that our intelligence suggests that we need to have further extreme vetting for.”

Trump is simply building off of restrictions the Obama administration already put in place in 2015 on certain travelers who had visited Iran, Iraq, Sudan, or Syria on or after March 1, 2011. Libya, Somalia, and Yemen were added to the list only months after the original limitations.

So, all Trump did was temporarily ban those countries instead of merely keeping the current restrictions.

Sounds reasonable, right? Well, if we look at the bigger picture, and the history of these seven countries — especially in regards to terrorism — something very fishy appears.

Those seven countries have never produced a terrorist in the United States who has ever caused the death of a single American. Yes, you read that correctly.

Only seven percent of all terrorist-related acts in the United States have originated from people in those countries, and not a single one of them has killed a US citizen.

As the Daily Caller reports:

In 2006, Mohammed Reza Taheri-azar, a naturalized American citizen born in Tehran, Iran, plowed a Jeep into a crowd of people on the campus of the University of North Carolina at Chapel Hill “to punish the government of the United States.” No one died in the attack. Nine people were injured, but none of them seriously. Taheri-azar was arrested and now resides in prison.

In 2016, Somali refugee Abdul Razak Ali Artan injured 13 people — none critically — when he drove a Honda Civic into a group of people on the campus of Ohio State University. Artan then got out of his car and stabbed people with a butcher knife. Police on the scene then shot and killed him.

Also in 2016, Dahir Adan, a Kenya-born Somali immigrant and naturalized U.S. citizen, armed himself with a pair of steak knives and entered the Crossroads Center shopping mall in St. Cloud, Minnesota. Adan then stabbed — and punched — 10 people. Victims who were hospitalized were all released by the next day. An off-duty police officer shot and killed Adan inside a Macy’s store.

Taheri-azar, Artan and Adan are the only three Muslims from the seven nations covered by Trumps’ executive order to commit terrorist acts in the United States since September 2001.

Out of the 43 people who carried out terrorist attacks on US soil, only three of them came from the seven countries on Trump’s list — the other 40 terrorists came from countries who were not banned.

This handful of attacks on American soil hardly justifies restricting the travel from these countries once we look at the countries Trump did not ban — who are responsible for 93% of all terrorism in the United States causing death on a massive scale.

During the same period those three terrorists mentioned above attempted to cause harm to Americans, 40 terrorists from Saudi Arabia, Pakistan, Egypt, the United Arab Emirates, Kyrgyzstan, Kuwait, Nigeria, Afghanistan, Lebanon, and Guinea wreaked havoc in America.

However, people from those countries are still welcome to apply for U.S. visas and travel permits.

So why is it that all these other countries were left off the ban list when it is common knowledge that they are responsible for the overwhelming majority of the terrorism within the United States?

Well, if we zoom out again, we can a propose a potential reason for Trump conveniently leaving these known producers of terrorism off the list.

Trump, being the international businessman that he is, has business holdings worldwide. None of those holdings are in those seven banned countries. On the other hand, however, Trump holds major business stakes in several of the countries absent from this list.

As the Free Thought Project previously reported, during his campaign, Trump registered eight companies tied to hotel interests in Saudi Arabia alone. In case you’ve been under a rock for the last 17 years, the majority of hijackers on 9/11 came from Saudi Arabia. And, last year, the federal government declassified a 28-page report, detailing the fact that they covered up the Saudi Arabian government’s role in the attacks on 9/11.

Saudi Arabia is responsible for the death of 2,369 Americans — they are not on the list.

Trump also has holdings in Egypt, whose citizens killed a total of 162 Americans. Trump Marks Egypt and Trump Marks Egypt LLC are the President’s business dealings in this country, who, conveniently, is also absent from his list.

Another country, who is also absent from Trump’s list is the United Arab Emirates. Trump’s organization has a plethora of holdings in this country, including a licensing and management deal in Dubai for two golf courses and a whole neighborhood of luxury villas currently under construction.

Trump also does business in Turkey as he currently licenses his name to two luxury towers in Istanbul. As we’ve reported many times in the last year, Turkey has repeatedly been caught aiding the Islamic State through protecting their oil routes as well as providing them sanctuary and even training.

As the debate of immigration and border walls heats up, it is important for those on both sides to have all the information available to make sound decisions. Please share this article so that those who are ignoring these facts can see the truth.

This article first appeared on TheFreeThoughProject.com and was authored by Matt Agorist.