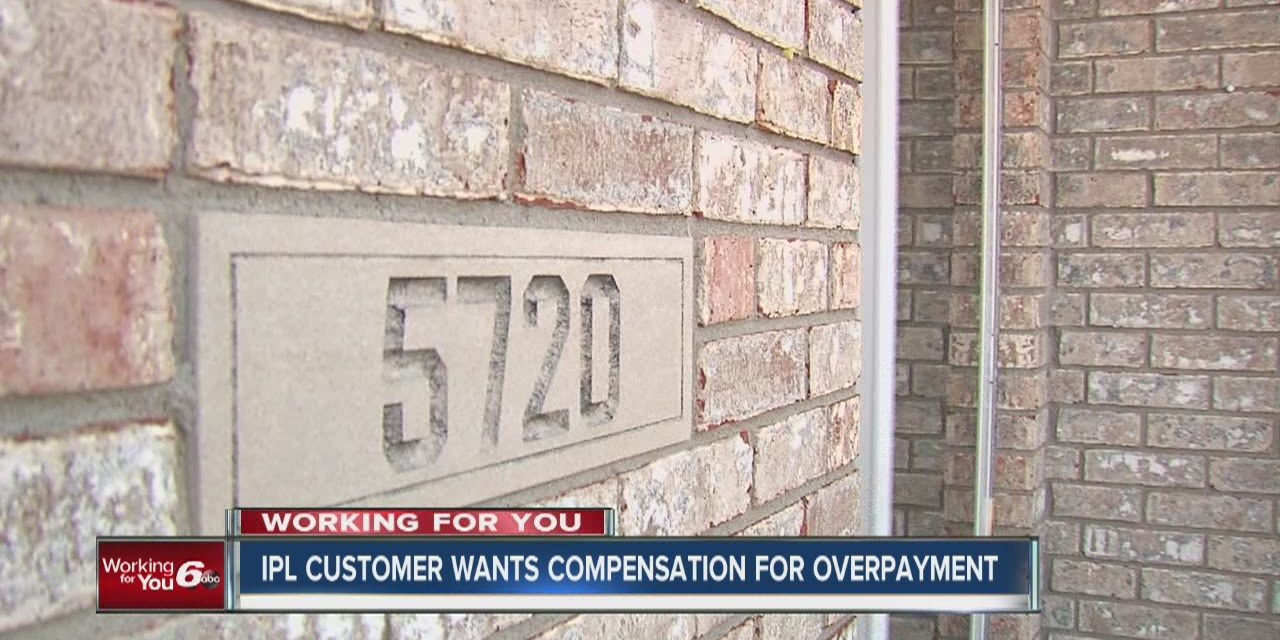 INDIANAPOLIS — An Indianapolis man is asking for compensation from the Indianapolis Power & Light Company  after he says they have been charging him for his neighbor’s electric bill for more then 15 years.

Ron Renforth said he’s lived in the same home for a decade and a half (that’s 15 years). He was first informed by the electric company that his bill was so high because his home was not “energy efficient” so he  put 18 inches of insulation in his attic and installed a new furnace and air conditioner and still saw no change in his electric bill.

Eventually  he finally contacted IPL [Indianapolis Power & Light]  to investigate. A representative came out to his home on October 13 to check if his meter was working or if his electricity was being siphoned, but what he found left Renforth speechless.

“They came out and discovered that the meters had been switched when the property was built,” said Renforth.

So IPL told him they would credit his bill for the past 12 months, that’s $364. But Renforth says that doesn’t even come close to how much he’s overpaid in the past 15 years, and his neighbor agrees.

“How much are they worth? Hundreds of millions of dollars? Billions? Pocket money to not pay him what he overpaid,” said neighbor Tom Leavitt.

“Indiana URC only require us to credit the customer for up to 12 months, so that is why we only credited his account for the $360,” said IPL Spokeswoman Claire Dalton.

Renforth tells RTV6 he doesn’t want to take legal action, but he says he will do what he has to in order to get fair treatment. He said he’s also concerned that other residents in his condo complex may have been paying their neighbor’s bill.

What do you think does the man deserve compensation for his over payed bills ? Please let us know in the comment section below.