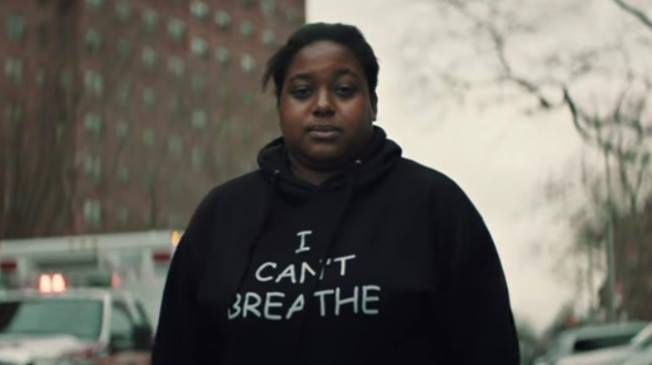 The daughter of Eric Garner is blasting the Hillary Clinton campaign after Wikileaks released emails revealing the campaign’s discussions about “using” her father’s death.

I'm troubled by the revelation that you and this campaign actually discussed "using" Eric Garner … Why would you want to "use" my dad?

“I’m troubled by the revelation that you and this campaign actually discussed ‘using’ Eric Garner … Why would you want to ‘use my dad?” Garner tweeted with the Wikileaks link. “These people will co opt anything to push their agenda. Police violence is not the same as gun violence.”

Erica Garner was a strong supporter of Bernie Sanders during the primary, even appearing in a powerful campaign ad explaining why she believes in the Vermont Senator.

“I’m vey (sic) interested to know exactly what @CoreyCiorciari meant when he said ‘I know we have an Erica Garner problem’ in the #PodestaEmails19,” she continued.

She was referring to a March 17 email from Clinton’s press secretary Nick Merrill, regarding a gun violence editorial that the New York Daily News ran that was supposedly coined by Hillary Clinton.

“I know we have Erica Garner issues but we don’t want to mention Eric at all? I can see her coming after us for leaving him out of the piece,” he said in the email.

Ultimately, Garner was not included because he was not killed by gun violence.

“I’m glad you had Maya on your team to explain why you won’t be USING my dad in you f—–g gun violence piece… Black woman saved your a–,” Garner added.

now he wants to play the victim … nah. Today I want answers on why you tried to manipulate my dads death for your needs. TODAY! https://t.co/p12GyxiXXy

Personelle equals policy @johnpodesta said that Eric Garner's killing was justified . And this is who we want to hold our nose and vote for? https://t.co/5nWnjxA7Nq

I guess this is that public vs private position stuff they were talking about https://t.co/xIZtrMoQvW

It appears as though the Clinton camp’s “Erica Garner problem,” just got a whole lot worse — as we have consistently seen that she is not one to back down. She accused the campaign of hiding out instead of apologizing — in hopes that it will blow over.

She also accused Everytown, an anti-gun organization, of attempting to co-opt the Black Lives Matter movement — but said she won’t share what she knows about it, yet.

“Everytown has been trying to co-opt the BLM movement and turn it into an anti-gun movement for some time. I could spill tea, but not yet,” Garner also tweeted.