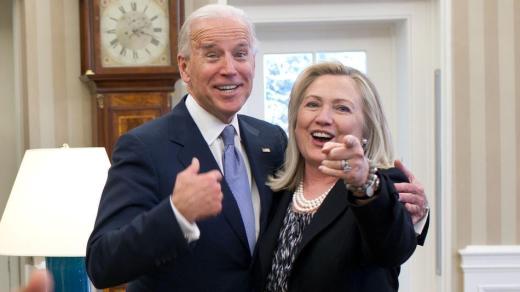 The leak revealed emails from Clinton’s travel coordinator, Arielle Medina, gave insight into how much those working for Clinton’s campaign are paid daily.

Just as with Colin Powell’s hacked email, Medina was using a Gmail account that was breached by the group.

The hack also revealed a Power Point presentation detailing Vice President Joe Biden’s recent trip to the Intercontinental Hotel in Cleveland on June 26. The detailed report includes everything down to how many stairs Biden will be walking up, who he will be expected to meet and speak with at the event, etc.

It also included phone numbers and the manifest on Clinton’s private plane, and a copy of Michelle Obama’s passport.

In response to the hack, White house Press Secretary Josh Earnest said, “We take any reports about a cyber breach seriously, particularly if it contains some sensitive information. Certainly, this is something we are taking a close look at.”

DC Leaks is the same group that hacked into the email account of former Secretary of State Colin Powell earlier this month, releasing his private information and revealing his hatred for Hillary Clinton and Donald Trump, and exposing Hillary and Bill Clinton’s long speculated hate of President Obama.

In an email with Dailymail, the DCLeaks hackers said a similar statement to Guccifer 2.0 that “the leaked files show the security level of the government adding that if terrorists hack emails of White House Office staff and get such sensitive information we will see the fall of our country.”