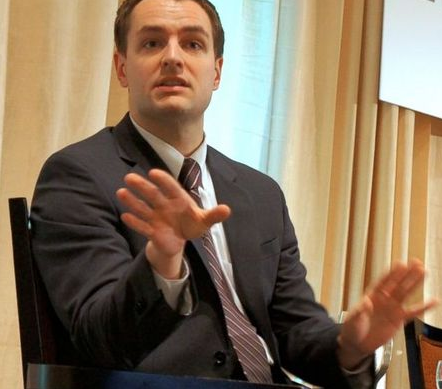 Back in 2014, before Hillary Clinton even decided to run for President, Robby Mook’s emails were leaked and subsequently the “Mook Mafia” email group was exposed “Crushing it mafia style” “The Mafia never separates” right Mr. Mook?

Now Wikileaks and DCLeaks have both confirmed that the Clinton Campaign had used their mutual lawyer to relay illegal communication and funds with David Brock’s Super PAC such donations are prohibited by federal law, according to a complaint filed Thursday by The Campaign Legal Center, a watchdog group. The Campaign Legal Center alleges “Correct the Record” contributed nearly $6 million in donations to the Clinton campaign.

“can we communicate with Brock about getting a copy of this Clinton Cash book? We need it very urgently if possible.” Robby Mook, said. Wikileaks tweeted out the email that proves that what DCLeaks is also saying is true that Hillary Clinton’s campaign manager had communication with David Brock.

Last April, Brock publicly announced that his “Barrier Breakers” project had “addressed more than 5,000 people that have personally attacked Hillary Clinton on Twitter.” In other-words shilling for Hillary Clinton. This is why Robby Mook, said “We need it very urgently if possible” To Marc, Clinton’s lawyer an intermediary between Mook and Brock. Robby Mook was worried about the Clinton Cash book that has since been turned into a documentary exposes the Clinton’s several lucrative deals over the past few years alone which I took the liberty to document it all for you to see Clinton Cash isn’t a right wing conspiracy against the Clintons it’s a pattern of criminal deals and money passed around like hot cakes.

“Correct the Record is a $6 million Washington D.C.-based political committee that spends millions on opposition research, message development, surrogate training and booking, professional video production, and press outreach for the benefit of the Clinton campaign—and by its own admission, does so in full coordination with the Clinton campaign. Because Correct the Record is effectively an arm of the Clinton campaign, million-dollar-plus contributions to the super PAC are indistinguishable from contributions directly to Clinton–and pose the same risk of corruption,”

~The Campaign Legal Center, said in the complaint.

investigate both campaigns funding and coordination with Super PACs in violation of the law.“

“We have been forced to file these complaints because a dysfunctional FEC has been sitting idly by as the campaigns of the presidential candidate of both major parties are involved in unprecedented coordination with super PACs in violation of the law,”

“The CLC’s complaint alleges Correct the Record has made $5.95 million in in-kind contributions in the form of coordinated expenditures that were accepted by the Clinton campaign.  The complaint alleges such contributions violate the Federal Election Campaign Act (“FECA”), 52 U.S.C. § 30101, et seq., and Commission regulations.” Lawnewz.com wrote.

This information could end Hillary Clinton’s campaign if it goes viral and enough people see the emails between Robby Mook and the rest of the “Mook Mafia.” We will keep you up to date on Wikileaks and DCLeaks further leaks leading up to the 2016 Presidential election. Mook is also connected to Terry McAuliffe’s who is also under investigation by the FBI and is the individual that triggered the investigation into the Clinton Foundation.