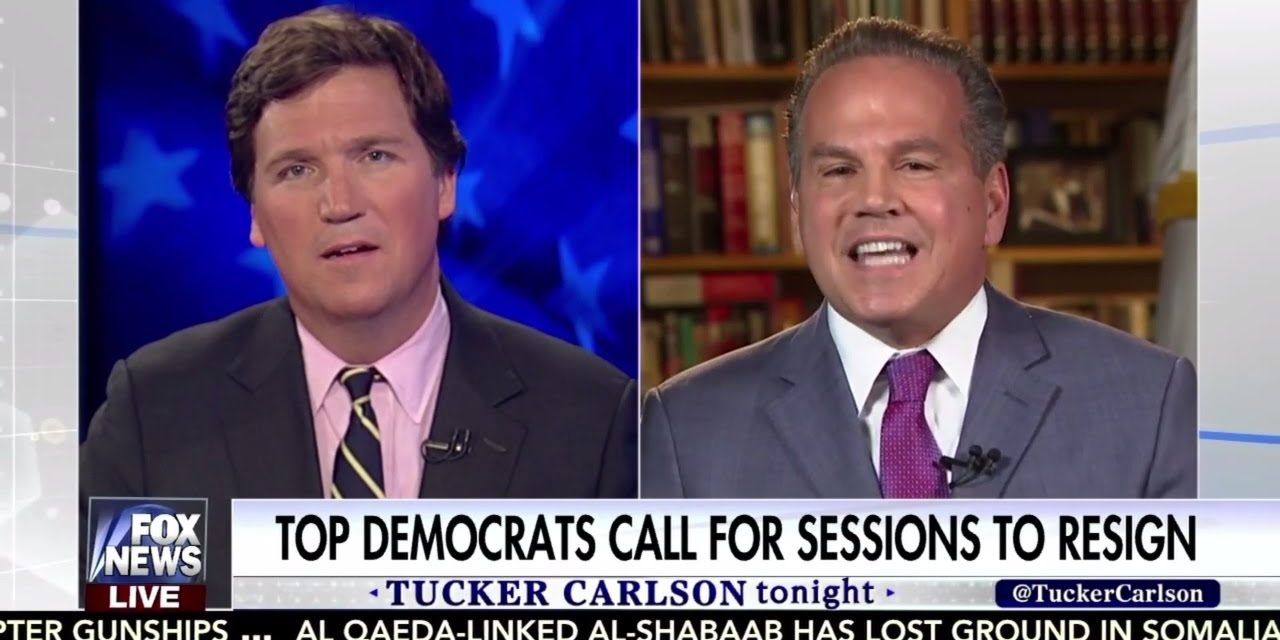 Appearing on Tucker Carlson Tonight on Fox News, Cicilline made a slew of outrageous claims, but his repeated assertions that Russia hacked the election by blogging was perhaps the greatest.

When asked, very directly, by Carlson if Russia influenced the outcome of the election, Cicilline puffed up his chest and interrupted, repeating the talking point that “17 intelligence agencies found that they did.”

The claim stems from a highly-anticipated declassified US intelligence report, which aimed to prove that Russia supported Donald Trump as the US presidential candidate, that turned out to be a huge embarrassment. The annex that contained factual material that was thought to provide evidence that the RT television channel influenced the American public was actually compiled in December 2012, right after the reelection of Barack Obama.

The report focuses on television shows and interviews that took place four years before Trump was elected, and well before he was even a politician. It also zeroed in on two RT shows, Breaking the Set and Truthseeker, which focused on criticism of US. The problem is, both of these shows were off air before the 2016 election season began. If the report is true and RT the Almighty was swinging votes in 2012, the only beneficiary of the coverage was the now-outgoing president of the United States, who won a landslide victory over Republican Mitt Romney.

Carlson went on to ask Cicilline, since he read the report, how exactly Russia influenced the outcome of the US election.

“They document a very sophisticated campaign at the direction of Vladimir Putin, that included fake news, online… uh… blogging, the hacking of the DNC, the releasing of the emails,” Cicilline rambled.

Carlson interrupted, once again straight forwardly asking if there is any evidence — any evidence at all — that Russia changed the outcome of the election with those alleged efforts.

“We don’t know that because it had to do with changing the voter’s perception,” Cicilline asserted, essentially saying that American citizens are incapable of critical thought. “There is evidence that they hacked into our election process, we’ll never know that.”

they are going to blog our shores and then blog our women!

Carlson asked if he was alleging that Russia hacked into the voting machines and changed the outcome.

“No, no, they hacked into our system — where they released emails, they broke into the DNC, where they did online blogging, fake news…” Cicilline shouted. “Those things presumably effected some voter’s judgement.”

Carlson, stunned by Cicilline’s allegations, responded with, “online blogging? Should that be illegal? What are you talking about? They wrote things you don’t like? That’s hacking?”

Cicilline ignored the question, but went on to claim that the Russians were also responsible for Brexit.