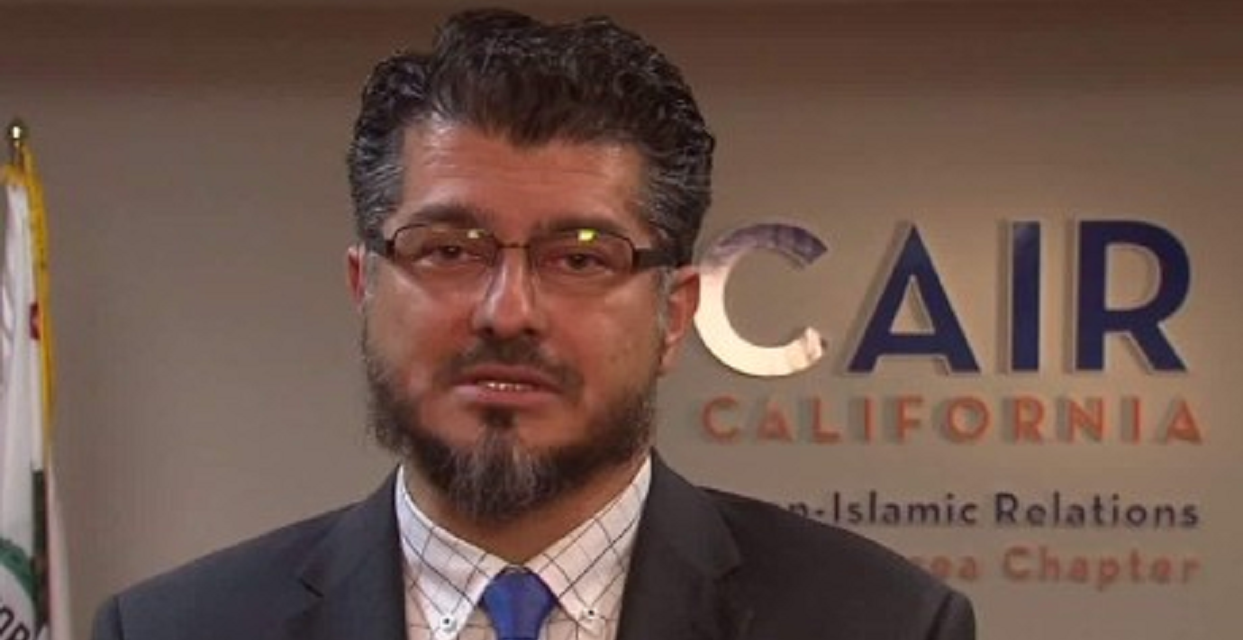 An executive board member of the California Democratic Party and executive director of the Los Angeles chapter of the Council on American–Islamic Relations publicly celebrated 92 people dying in a Christmas morning plane crash on Sunday. 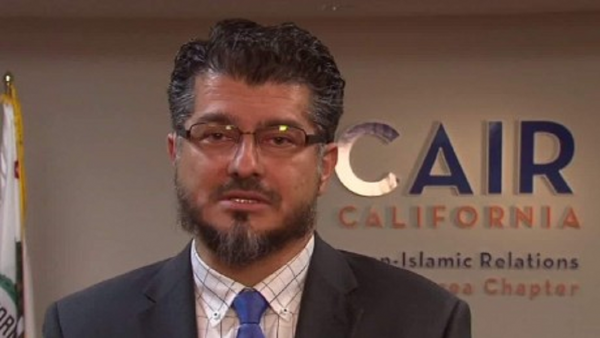 Hussam Ayloush, a self described “human rights activist,” also stated that he wished there had been more people on board to die.

On Sunday morning, a Russian plane crashed in the Black Sea near Sochi. There were 84 passengers and eight crew members on board — including a choir that was en route to sing in Syria. There were no survivors.

As 92 families learned of the fate of their loved ones, Ayloush took to Twitter to spread his message of hate.

hey @HussamA you deleted this tweet but your still a monster, how are you still on the Executive board member of the CA Democratic Party? pic.twitter.com/I7o03QLzOA

Last year, Ayloush blamed the United States for the terrorist attack in San Bernardino, where 14 innocent lives were taken and dozens more injured.

“Let’s not forget that some of our own foreign policy, as Americans, as the West, have fueled that extremism,” Ayloush said on CNN’s New Day following the attack.

The day after Donald Trump was elected, Ayloush tweeted a call for the US government to be overthrown in Arabic. 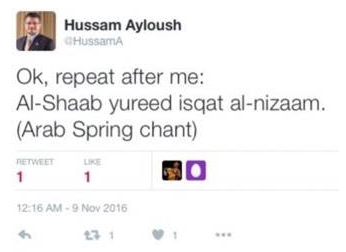 In 2004, Ayloush stated that the terrorist attack on the World Trade Center in New York was also the fault of the US — because of the nation’s support for Israel.

CAIR, which is funded by Saudi Arabia, has been declared a terrorist organization in the United Arab Emirates for their ties to radical Islamic groups.

The well-connected and high level Democrat has also stated that Islam must prevail over all other religions, and that “Islam is not for Muslims only. Islam is for the whole humanity, as all of us understand.”

“He (Allah) is the one who has sent His messenger Muhammad sallallahu alaihi wa sallam, with the guidance, the guidance of Islam, and the true religion, the religion of Islam, so it may prevail over all ideologies, all man-made religions,” Ayloush said at the ‘Why Islam’ 4th Annual Fundraising Banquet, in California in 2008.

In other statements and speeches, he has spoke on the “evils of informants,” discouraging the Muslim community from approaching law enforcement if they are concerned about someone who may have become radicalized. He has referred to Muslim FBI informants as sell-outs against the Muslim community.

Ayloush has since deleted his tweet celebrating the Christmas tragedy and wishing for more death. He is also attempting to walk back his remarks, after facing a slew of backlash.

“Deleted an earlier tweet I posted abt a Russian military jet that crashed on way to Syria before knowing it included non-combatants,” Ayloush tweeted.