VIDEO: How The Democratic Party Nominated Its First Woman For President 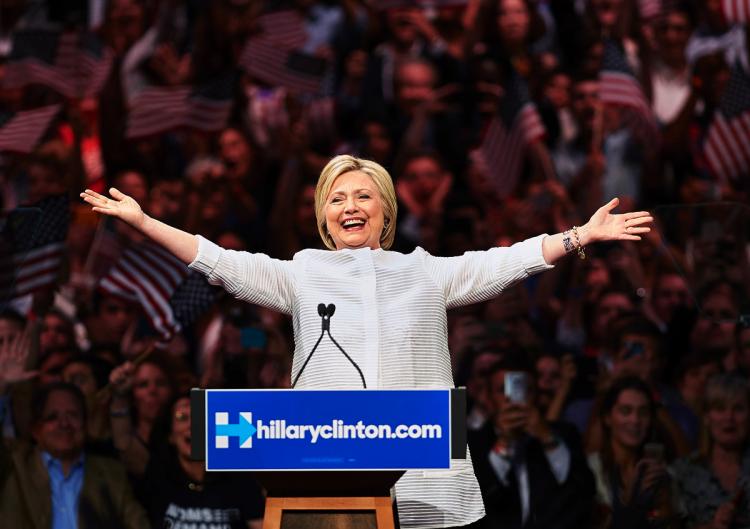 Hillary Clinton is officially the 2016 Democratic nominee. But if we are going to give her credit for becoming the first woman to be nominated by a major political party, we also have to give credit to the corrupt political system that made her nomination possible.

Let’s take a look at three scandals Hillary Clinton survived because the government had her back:

1. Benghazi — When the U.S. embassy in Benghazi, Libya, was attacked on September 11, 2012, and four Americans were killed, Hillary Clinton was the Secretary of State. She was in charge of the same State Department that ignored repeated requests for additional security prior to the attack. She even took responsibility for it in an interview one month after the attack.

“I take responsibility. I’m in charge of the State Department—60,000+ people all over the world, 275 posts—the president and the vice president wouldn’t be knowledgeable about specific decisions that are made by security professionals.” — Hillary Clinton, Oct. 2012

Yet, seven different investigations conducted by Congress all seemed to lead to the same conclusion: That the State Department could have done more to prevent the attack, but that Clinton ultimately hadn’t done anything wrong.

“I did not email any classified material to anyone on my email.” — Hillary Clinton, March 2015

Yet even after the FBI proved that Clinton had in fact sent classified information on her private server, they claimed that she should not face charges, because even though there was proof of negligence, they didn’t believe there was proof of criminal intent.

3. DNC Leaks — Just days before the Democratic National Convention, WikiLeaks gave insight into another type of government corruption going on within the Democratic Party.

Upon the world finding out that the DNC was rigging the primary in Clinton’s favor by looking for ways to weaken the campaign of her opponent, Bernie Sanders, Clinton responded by acting like she had no idea that the DNC Leaks had anything to do with her campaign.

“I don’t know anything about these emails, I haven’t followed it, but I’m very proud of the campaign that I ran.” — Hillary Clinton, July 2016

So yes, Hillary Clinton is officially the first woman to be nominated by a major political party—but her history of scandals, lies and corruption don’t show how far the U.S. has come nearly as much as it shows how corrupt American politics have become.